Blanco (Bardem) runs a successful scale business somewhere in urban Spain. The avuncular 50-something declares his profound affection for his workers: “My wife and I have no children, and you are my real family”. He dishes out hugs and smiles. A young female employee cries upon being given a pin decoration and lludly professes “I love you”. With so much passion, kindness and solidarity, what could possibly go wrong?

The nature of the business has a significant symbolism. Scales represent fairness. The business publicity boasts that the justice system are their clients. A self-righteous Blanco perceives himself as the epitome of fairness. He even named the company after himself: Basculas Blanco. But scales too can be temperamental. They aren’t always a gauge of impartiality. At times, it’s necessary to tamper with the devices, Blanco grudgingly concedes.

Gradually, Blanco begins to collapse under the weight of his own hypocrisy, revealing a toxic and fragile masculinity and a deeply unequal capitalistic system. A recently fired employee called Jose camps outside the factory with his two children. A large banner says “Blanco is a thief”, while he constantly chants anti-corporate taunts on his megaphone. The police refuse to remove the man, claiming that he has the right freedom of expression, and that the land on which he’s standing is public ground. A furious Blanco describes the officer as a “socialist”. To our protagonist’s despair, Jose is about to co-opt the factory security guard. It becomes apparent that Blanco’s “family” isn’t as loyal and subservient as he expected.\ 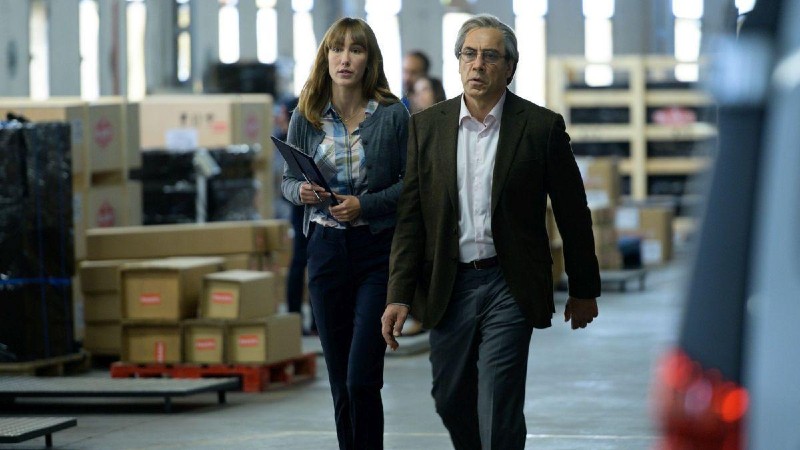 Our family guy deserves some relaxation. Naturally, a successful businessman merits an extramarital dalliance with a woman at least half his age. Blanco makes successful advance and has a passionate sexual encounter with a marketing intern called Liliana (Almudena Amor). But the beautiful and deceptively shy woman has a big very surprise and a cunning demand in store. Pussy grabs back.

To top it all up, one of Blanco’s key employees (Manolo Solo) has a mental breakdown because his wife is having an affair. The hapless man becomes riddled with despair, thereby neglecting his most basic work duties and seriously compromising the company’s chances of receiving an excellence award. Blanco comes to his rescue, but his ill-advised reconciliation plan immediately backfires.

Bardem is delicious to watch. On the surface, he is calm and considerate. Deep inside, he is a frustrated misanthrope and control freak. He will resort to very unorthodox measures when his plans go pear-shaped, which will predictably land him in hot water. This two-hour comedy relies on common comedy tropes such awkward sexual encounters, untimely serendipities and fragile masculinity to excellent results, while also depicting social classes in conflict and making subtle political statements. A Spanish screwball comedy fitting for the 21st century.

The Good Boss showed in Competition at the 69th San Sebastian Film Festival, when this piece was originally written. In UK cinemas on Friday, July 15th. On Various VoD platforms – including Curzon Home Cinema, BFI Player and Prime Video – on Monday, August 15th.