"Filthy genius movie"
Most of the perpetrators of the Holocaust were never prosecuted: this documentary attempts to understand why not – out in cinemas on Friday, October 1st, the 75th anniversary of the end of the International Military Tribunal in Nuremberg

There’s something about the enormity of the issues involved here that makes this a very tough watch. (If it wasn’t, there would be something wrong. The Holocaust is not an easy issue to deal with. Films about it can consequently be tough to watch. And so they should be.) That combined with the near three-hour running time (this is not a complaint, honest) means it sat on my pending review pile for quite a while before I finally sat down and watched it.

I suspect Wilkinson is aware of this problem. As the film starts, he takes you (as it were) gently by the hand as he walks into Auschwitz and matter-of-factly discusses its horrors, helped by a man who works in the museum there and has probably helped numerous people before and since to come to terms with the implications of the place as they go round it. Insofar as one ever can.

We learn of the arrivals off the incoming cattle trucks who were told to go down the ten-minute walk to the showers to get themselves cleaned up. They would take off their clothes and fold them neatly so they could pick them up again afterwards. They were herded into the shower interiors, quite densely packed. And they never came out because these weren’t showers at all, but gas chambers used for the systematic elimination of many of the new arrivals. It’s sickening just to think about.

The people who herded them in were inmates themselves. If you were told you could do that job or join them in the gas chambers yourself, what would you do? [A quick aside: the extraordinary and brilliant subjective camera drama Son Of Saul (László Nemes, 2015) goes a long way to understanding an inmate who does this job. Not that that’s possible.] As I say, trying to comprehend the inhumanity of this is really, really hard. These inmate-workers would be told, “the only way out of here is through the chimney.” 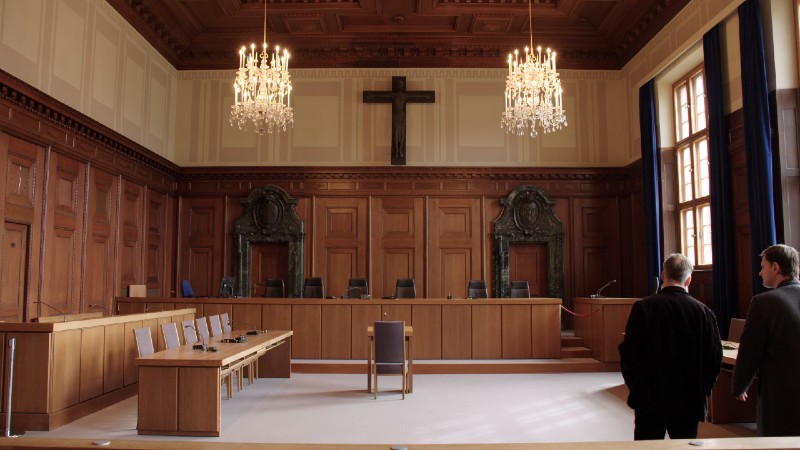 The screen shows well-put together maps of the place and gruelling archive footage is presented throughout the film in a non-confrontational, non-sensationalised way which helps. However, this material is, on the most fundamental human level, horrible. There’s a part of you that just wants to get away from the screen and throw up. People shouldn’t treat each other like this. Yet history testifies that they do, and we should never forget the fact. It’s the reason we need films like this, and the reason you need to watch it. Lest we forget, as they say.

Which implies that we know it all already. For myself, though, there is much in this film I didn’t know. Ranging from specific details about perpetrators large and small in the overall process that was the Holocaust right the way through to the scale of the operation (six million Jews turns out both an oversimplification and an understatement) and all the complicated ins and outs of the legal aftermath of the attempts both to track down and administer justice to the numerous perpetrators alongside the numerous attempts of all those involved to evade justice, all to often successfully. Much of what’s shown here is an indictment of humanity, although all the way through there are signs of hope as perpetrators are convicted and justice done. But it seems that too many get (got) off scot free or with woefully inadequate punishment for their appalling crimes. It’s not surprising that someone should want to make a film to address the burning question about the injustice of all this. Kudos to Wilkinson for doing so.

It may make for harrowing and deeply upsetting viewing, but at the same time, it’s consistently compelling. And it absolutely screams out to be seen.

After Auschwitz we move on to France, Poland, Lithuania, Latvia, Austria and, eventually, Germany. In his own county of Yorkshire which has a population of 5.4 million, Wilkinson attempts to get his head round the sheer enormity of the figures. For comparison, both Denmark and the US State of Maryland have populations of six million. If all those in Yorkshire were killed, he asks, would the UK government remain silent?

York, where the film has its premiere, is the site of England’s largest massacre of Jews in 1190, when some 150 were killed. Lest we think such things could never happen here.

Wilkinson also travels to Galway, Ireland to see the grave of William Joyce who broadcast German propaganda during the war as Lord Hawhaw. He was captured, tried and, in 1946, executed. His case is comparatively cut and dried compared to what happened to those Germans who abetted the Holocaust.

After Germany’s defeat in 1945 and the shock of what they found in the death camps, the Allies vowed to bring the Holocaust’s perpetrators to justice. The International Military Tribunal (IMT) in Nuremberg is often cited, but in fact that was held in a building with the capacity to house no more than 24 defendants of whom three never made it to trial and only 12 received the death sentence.

Matters were scarcely helped by the Nazis’ use of law under the Third Reich. Prior to that, law in most European countries had been based on the foundation of the Ten Commandments, but the regime effectively suspended such considerations, creating a legal framework under which it was permissible to eliminate specific ethnic and other minorities. The concept of ‘crimes against humanity’ didn’t exist until its instigation for the International Military Tribunal (IMT) at Nuremberg, 1945-6. 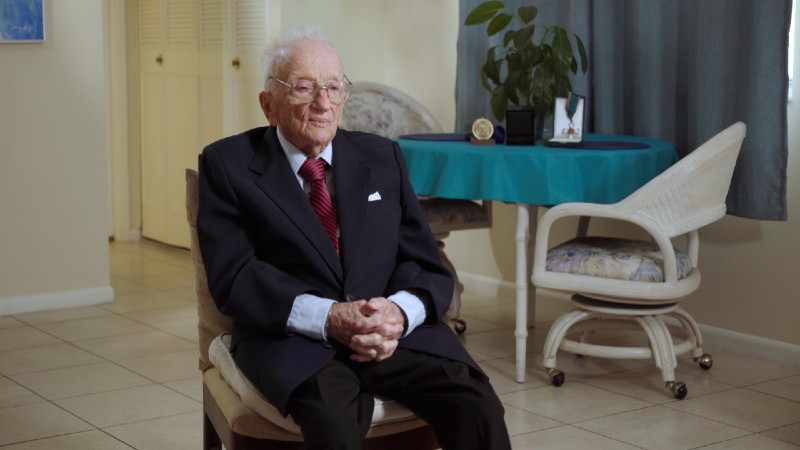 Other trials followed, but the Allies failed to keep up the momentum as they became more concerned with the growing threat of the Soviets and the rise of the Cold War than with hunting down Nazi war criminals when Germany was economically on its knees. Finishing the job within Germany’s borders was left largely to Germany itself.

Where East Germany, as a newly formed Communist state, rebuilt its judiciary from scratch with entirely new appointments, West Germany retained many judges who had been in post during the Nazi era, many of whom were somewhat sympathetic to the murderers in the dock. In a very real sense, the post-war, West German judiciary had became Nazified.

Thus, in later West German trials, while some of the murderers received the full force of the law in the death penalty, many sentences were much more lenient or subsequently commuted so that, for example, a 20 year sentence became five years. There are also examples of murderers living in Germany who were never prosecuted, or who got off during a trial using the most spurious of defences. In many cases, these were people living under their real names.

Others fled, most infamously to South America, but to other countries as well, including the UK. In recent years, in his retirement, Nazi hunter Dr. Stephen Ankier researched their whereabouts, often to find the perpetrators he unearthed die of illness or old age before they could be brought to trial. The UK’s record on finding and prosecuting the perpetrators has been poor.

Getting Away With Murder(s) had its premiere on Thursday 9th November in at the Everyman Cinema, York. Dates for further screenings around the UK are constantly being added: click here to see if your town or city is listed yet. If it isn’t, then tell your local cinema you want to see it.

The film is released in cinemas in the UK on Friday, October 1st, the 75th anniversary of the end of the International Military Tribunal in Nuremberg.