"Mostly clean movie"
British horror about a woman whose childhood demons come back to haunt her excels in photography, while making too many genre concessions - from FrightFest

Emmerdale meets Sunnydale in this British drama about a girl (Honey Lundy) who finds a pendant on the beach that seems to make her terrorise her family, classmates and priest (Michael Smiley). We rejoin Evie as an alcoholic adult (Holli Dempsey), whose brother (Jay Taylor) resurfaces along with their childhood demons.

Written and directed by Jamie Lundy and Emmerdale actor Dominic Brunt (and featuring some of his soap co-stars), this is a very British horror movie, more kitchen sink drama than kitchen knife slasher; a supernatural tale of trauma as though Corrie and Carrie had a baby.

Filmed around Yorkshire and Wales, the picture brilliantly captures the dramatic skies and popping greens of the British coast, an almost mythical setting where dreams are dashed against the rocks. A chilly drama with splashes of northern humour, it benefits from Dempsey’s likeable lead performance and the rocky relationship that develops with Taylor’s character. 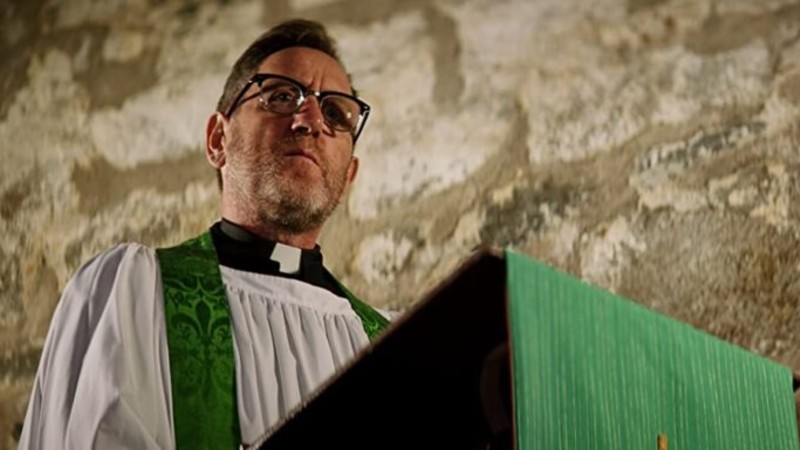 Inspired by Lundy’s own experiences with depression and addiction, Evie tries to be two films in one; a horror flick and a realist drama, which ultimately fail to gel. Problems arise when the sillier elements undermine the more serious ones, muddying the storyline and sinking the movie’s naturalism.

There is something admirable in using the supernatural as a mental health metaphor, but the film fails to feel very ambiguous, ultimately let down by half-baked concessions to genre. Thanks to an effective build-up that burns so slowly it practically crawls, the third-rate third act scuppers our emotional investment.