The Exorcism of Carmen Farias

"Mostly clean movie"
Despite strong production values, this Mexican haunted house horror is simply too predictable to be entertaining - from FrightFest

After the death of her mother, Carmen Farias (Camila Sodi) inherits her grandmother’s creepy old house and moves in with her husband (Juan Pablo Castañeda) and dog. If that sounds familiar that’s because it is, never deviating from the tried and tested template of haunted house movies (nasty noises, disturbing dreams, eponymous exorcism), worn out and unwavering like a half-sunken gravestone.

That is not to fault the performances (particularly Sodi, who bears a scary resemblance to Carey Mulligan) and the atmosphere; the rich sound design, score and cinematography cast a certain spooky spell, ensuring every creak is heard and every shot is interesting. Rodrigo Fiallega employs sideways angles and long takes through the house, his stunning dream sequences unfortunately underused in favour of tired genre tropes. On the positive side, the Catholicism and its strange rituals feel very palpable, perhaps because the movie is Mexican. 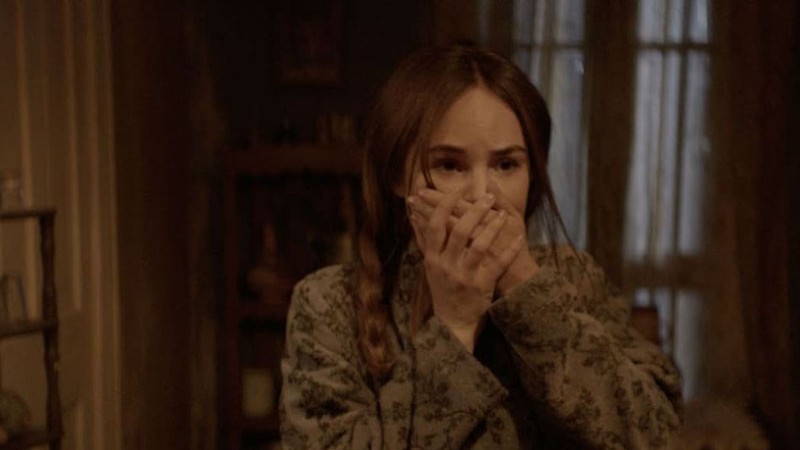 Most crucially,The Exorcism of Carmen Farias lacks ambiguity, a crucial ingredient in supernatural horror, especially now that these ghostly goings-on are so played out. Despite a strong emotional foundation in grief and trauma, this sense of metaphor flies out the window as soon as the Devil is deemed responsible.

In the end, this conformist chiller is too predictable to be scary, though the fatigued material is elevated by Fiallega’s slow-burning, almost musical direction. Ultimately, this is just a story one has seen so many times before.

The Exorcism of Carmen Farias has just premiered at FrightFest.