Jazz on a Summer’s Day

"Greasy movie"
The seminal concert movie breezes back into cinemas six decades later with a shiny 4K facelift - out on Friday, August 27th

Neatly coinciding with the reintroduction of the concept of summer (if not that of sunshine), Jazz on a Summer’s Day is rereleased in glorious 4K, an upgrade immediately justified by the opening shots of the shimmering Atlantic. Filmed at the 1958 Newport Jazz Festival by Aram Avakian and Bert Stern (a fashion photographer best known for his portraits of Marilyn Monroe for Vogue magazine), the 1959 documentary kickstarted the modern concert genre and captured affluent America in high spirits.

As with this year’s brilliant Summer of Soul (Max Roach and Mahalia Jackson feature in both), Jazz on a Summer’s Day is as interested in its audience as its performers, candidly catching people whose lack of experience being filmed makes them no less photogenic. As well as being early examples of “fail” videos, the footage is fascinating for seeing what has changed in concert attendees (mostly their attire) and what has not (their need to take photos of an event that is being recorded). 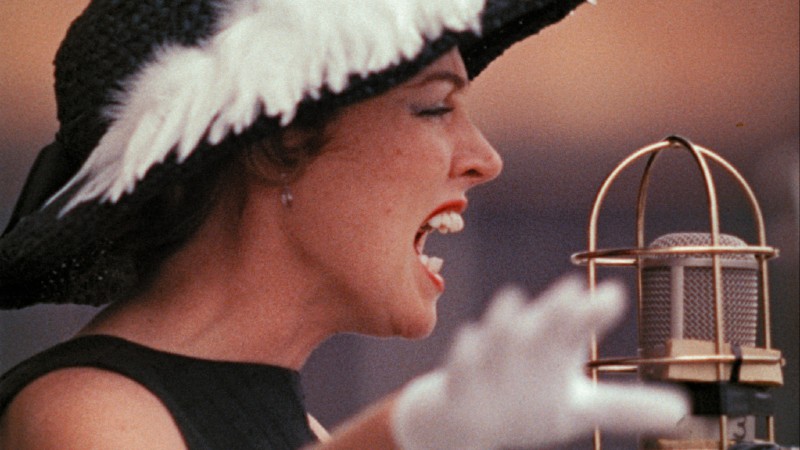 Where it differs from Summer of Soul is the lack of narration or context. This would not have been necessary for contemporary audiences, but in hindsight the wealthy white crowd brings to mind the music industry’s exploitation of black artists; the festival itself was opposed by some Newport residents harbouring common racist attitudes. But the film’s focus is sartorial rather than political, the only reference to race being the simultaneous America’s Cup sailing competition which provides a breezy backdrop to the festival.

Stern, Avakian and his brother George Avakian (the Columbia Records producer who serves as musical director) let the music speak for itself, and the mixed bands spotlight the diversity of jazz; equality on the bandstand if not the payslips or the streets. The lineup covers every style from bebop (Sonny Stitt) and Dixieland (Eli’s Chosen Six) to rock and roll (Chuck Berry) and the avant-garde (Chico Hamilton), more than enough to make up for the absence of Miles Davis, Duke Ellington and Dave Brubeck who also played that weekend.

A lack of coverage on stage means we miss greats like Wynton Kelly, Roy Haynes and Eric Dolphy, but when your headliners are Louis Armstrong, Big Maybelle and Dinah Washington it seems churlish to complain. Other highlights include the sight of Gerry Mulligan watching his friend Thelonious Monk perform, and Fred Katz practising Bach’s Cello Suite No.1 as you’ve never seen it played; smoking, topless and dripping with sweat. The impressionistic editing presents the festival as a rapture half glimpsed while falling asleep in the sunshine.

More than 60 years on, Jazz on a Summer’s Day has lost none of its shine. Part jazz concert, part boat race, part fashion show, it succeeds as both cultural document and timely tonic, as welcome as a cool breeze on a summer’s day.

Jazz on a Summer’s Day is in selected cinemas from Friday, August 27th. A Blu-ray release is to follow in September.