Our dirty questions to Abel Ferrara

Just as he launches his pandemic thriller ZEROS AND ONES, the king of New York brings down the eternal city - read our exclusive interview conducted at the Locarno Film Festival

Abel Ferrara is back in Locarno, in high spirits and ready to talk about his latest work, Zeros and Ones, shot last year as Rome was under strict lockdown. Just before the interview at the industry lunch (I somehow wrangled an invite for), the three directors of Juju Stories take pictures with him and call him the “King of New York”, a reference to his iconic 1990 film. Cutting a distinctive figure as he walks across the Piazza Grande and shakes hands with programmers and critics, the veteran figure has returned to Lago Maggiore ready to wax lyrical about his latest work — a genre-ish spy thriller that’s heavy on mood and very light on plot. We talked about his productivity during the pandemic, shooting in his local neighbourhood in Rome and wanting to work for as long as he can.

Redmond Bacon – So the film is set during the pandemic. How did it affect your work?

Abel Ferrara – I was fortunate that I was editing a movie. I was able to edit in the beginning when no one knew what was going on. I’m scared like anyone else. I was 69 (70 years old now) and, you know, it’s two different diseases: if you’re 25 it’s a different disease to my age. I spent a lot of my life trying to kill myself. I don’t want to die now. For us, it was just the opposite, because the editors had nothing to do but edit: there’s no going to bars or taking the wife to dinner. At a certain point, I just really wanted to shoot and then this idea that I had before the pandemic started to come into focus and to work.

RB – You have Americans and Russians in a city under occupation. Throw in French and English and you could have The Third Man (Carol Reed, 1949)…

AF – Yeah, like the French movies under occupation. Who’s that director of those beautiful movies? 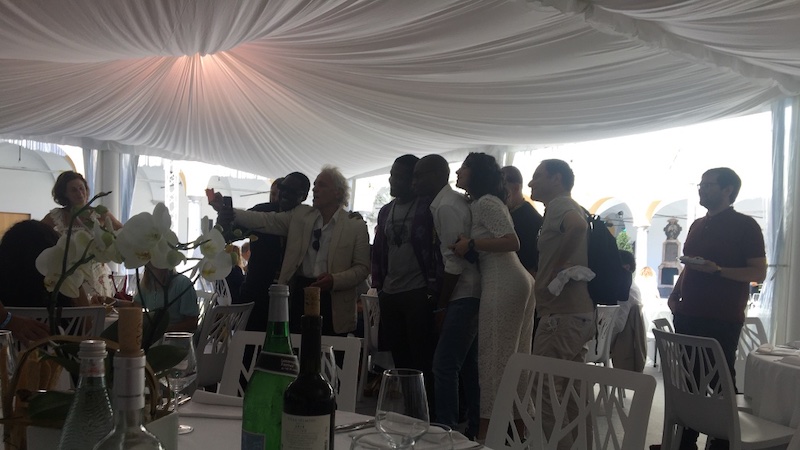 AF – Yeah. There’s genre aspects of films like Casablanca (Michael Curtiz, 1942) too. Ethan’s character himself is one of the lone American solider smoking a cigarette… even the uniform he had is like, they don’t wear that. The uniform that our guys are wearing is a stylised memory.

RB – You seem to prioritise atmosphere a lot more than plot. Is creating a vibe more important than making it clear-cut?

AF – There’s nothing clear cut! That’s the point of the movie. Who’s who and what’s what? What’s everybody’s agenda? Who’s your enemy and who’s your friend? I mean this is real life. You don’t know what side anybody’s on because everybody’s changing. The idea of espionage creates counter espionage, so once you’re in that world of intelligence, it’s by its nature, a lot: you’re accepting that no one is who they are.

Unless you’re a soldier. To be out of uniform, that’s a crime punishable by death. Because if you’ve got a green uniform and I’ve got the other uniform, I know who you are, you know who I am, and we know the rules of engagement. Once you start not wearing a uniform, now comes the great world of what we’re talking about: a world of espionage, William Gibson and Melville. 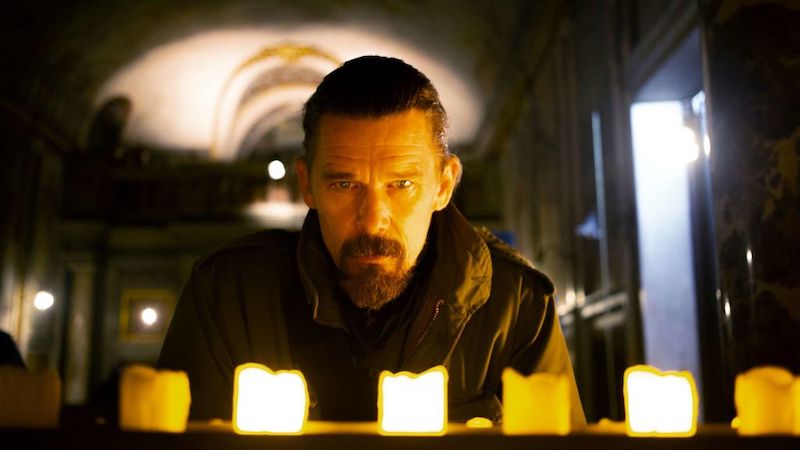 RB – The Vatican comes off as quite a mysterious and malevolent place, especially with that shot of the saints that ring around St Peter’s Square. Do you feel cynical about Catholic Church and its role in modern society?

AF – I’m not cynical about any place that is preaching spirituality versus consumerism. A: I’m a Buddhist; B, I’m about the word of Jesus Christ. This religion is about a guy who had nothing, who gave everything away, who lived on the street, who didn’t even have shoes. That’s a far cry from what I’m looking at at the back. By the back there’s a political entity. I’m not cynical, I’m just looking at what I’m looking at.

RB – The cinematography is very striking, capturing Rome in the dark. What was it like working with Sean Price Williams, who has worked with the Safdies and Alex Ross Perry, and has such a distinctive style?

RB – The film is shot all at night in a deserted city. What was the schedule like?

AF – We didn’t have to wait. We were lucky it was a pandemic. Everything was locked down at 9pm. We used the pandemic as an advantage.

RB – Rome is usually filled with life and vigour, at least in the films I’ve seen. Did you have any references for making it more noirish?

AF – I live in the neighbourhood. I did the documentary Piazza Vittorio (2017). I’ve been living here for seven years, so it’s my hood. Like when I shot in New York, I shot in my neighbourhood.

RB – A lot of films have come out about the coronavirus. And yours is one of the more interesting because it shows just how the world has been thrust into darkness and despair. Would you say it’s been a terrible time for humanity? 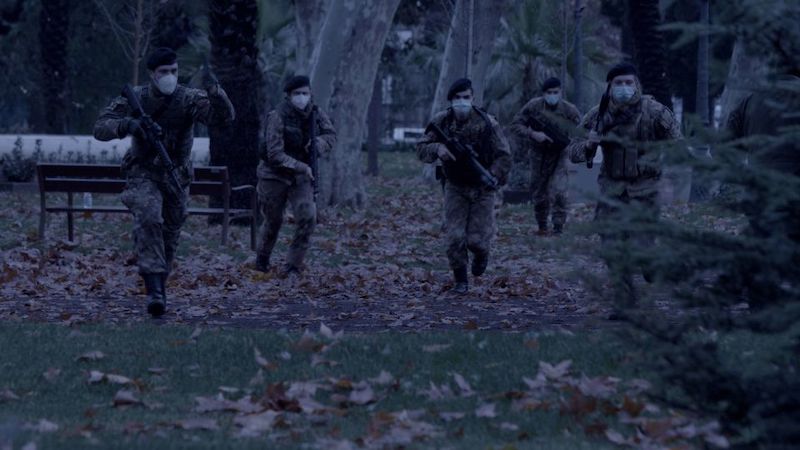 AF – All these people dead! I mean, is it terrible? Fuck yeah. Is it true, is it real, do we have to deal with it? Yeah. Is global warming cool? No. The same thing happened one hundred years ago. Nobody’s sitting there nostalgic for 1919. But it is what it is. Your concept of thinking the world is just this place that’s going to be this place that’s going to be here forever and everything going to be the way it is is a fucking fallacy. You’re delusional. Anything can happen at any minute and you’ve got to deal with it. It’s life on life’s term bro. So, is it going to throw you into a deep dark depression? I’m not going to let it. Unless I get it, then I’m either gonna die or get over it.

RB – Does it make you want to create more as an artist?

RB – What about for streamers such as Netflix?

AF – We’re final cut directors so as long as we have control of the financing, of the budget, of the final cut, we’re not sweating where the money’s coming from.

RB – What are you working on next?

AF – A film about Padre Pio, with Shia LaBeouf. I’m dealing with the period of 1920. There was a massacre in San Giovanni Rotondo. He got the stigmata at the same time, so it was just an incredible moment.

Zeros and Ones premiered at Locarno Festival on Thursday 12th August as part of the Concorso Internazionale.

Picture at the top by Redmond Bacon.

The latest from the legendary New York auteur is a very moody spy thriller that barely ever seems to come out from the cold - on all major VoD platforms on Monday, March 21st [Read More...]

Self-congratulatory and bloated, Abel Ferrara's documentary about filmmaking meanders through a preponderance of themes and fails to cohere into anything substantial - from the San Sebastian Film Festival [Read More...]