"Dirty gem"
Orphaned teen is placed under the care of her dysfunctional aunt and criminal cousins, in this harrowing crime drama from Denmark - in cinemas Friday, August 13th

This isn’t quite the image that most people would have of a Danish family. There is abundant manipulation and violence. And scarce love and hygge. Quiet and shy Ida (Sandra Guldberg Kampp) moves in with her aunt Bodil (Side Babett Knudsen) and three cousins after her addicted mother tragically passes away in a car crash. She encounters little comfort in this highly dysfunctional and unorthodox family. “Sometimes things go wrong even before they begin”, audiences are told, in a sentence that neatly sums up Ida’s predicament.

Bodil is boisterous and elegant, living with her sons Mads (Besir Zeciri) and David (Elliott Crosset Hove) in a pomp and spacious house. Mads mostly plays videogames and smokes dope. The highly aggressive David is in a troubled relationship with a young woman called Anne, whom he refuses to describe as his “girlfriend”. Her third son Jonas (Joachim Fjelpstrup) has a little baby and enjoys some vague semblance of a normal life, visiting his mother regularly. The three sons look extremely different, and it is a foregone conclusion that they all have different fathers. Bodil is highly manipulative, always prepared to leverage the weaknesses of her sons in her favour. 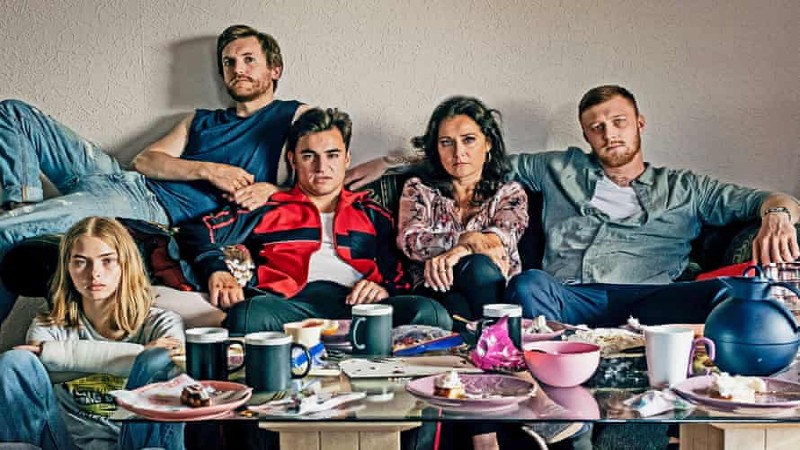 Ida’s strong facial features, with thick eyebrows and big pearly eyes, at at odds with her dispassionate and mostly laconic demeanour. She never expresses grief and fear. She is completely obedient. She does morally reprehends her family, even as they engage in criminal activities (Jonas is a loan shark, and his two brothers are his thugs). One day they force Ida to engage in their trade, which culminates in a murder and a police investigation where Ida ends up as the only suspect. Could this be a turning point? Will Ida remain silent in order to protect her unenviable family, or will she open up and “destroy” aunt Bodil’s precarious nuclear family?

All in all, this taut, tense and extremely bleak Scandinoir drama is highly moving. The performances are very convincing, the events entirely palpable. This is a family that could exist in any European country, yet the fact that they operate in “one of the happiest nations in the world” lends an extra layer of significance to the movie. Ida is experiencing living hell in an intended paradise. The film ending brings closure to the story and perpetuates the cycle the birth, death and abuse in one of the most visceral ways imaginable. Be prepared to scream!

Wildland is in cinemas on Friday, August 13th.