The Most Beautiful Boy in the World

"Filthy genius movie"
The life of the young star of the Luchino Visconti's Death in Venice was not as enviable and beautiful as his character, reveals this heartbreaking documentary - on VoD on Friday, August 13th

Björn Andrésen was in 1970 the luckiest teenager in Europe. Not only had he been discovered by a great film director and called “The Most Beautiful Boy in the World” but was the centrepiece of a famous film. He even had little actual acting to do. Visconti was said to have given him only four different directions, “Stand still”, “Walk”, “Turn around” and “Smile”. What was not to like?

Luchino Visconti set Björn Andrésen on a trajectory that was to ruin Björn’s life. Visconti was not directly responsible for this. He strictly instructed his film crew (many of whom were gay) that the boy was not to be disturbed or harassed in any way. Björn Andrésen was straight. The film crew obeyed. Yet, indirectly, Visconti was not faultless. He paraded Björn, dressed as Tadzio, at the Cannes Film Festival in 1971. He was filmed joking, in the presence of Björn, to a packed press conference at Cannes that Björn was not quite as handsome as he was when the film was shot just months earlier. At Cannes, Björn was aged 16. How a shy, self-conscious straight teenager is meant to cope with this piece of off-colour gay humour is anyone’s guess.

The trouble was that Björn Andrésen was a troubled teenager when Visconti found him. To this day, he still does not know who his father was. His mother stole away to a wood when he was about seven and committed suicide. Cruelly after her death, no one in his family ever mentioned her. He was committed to the care of his grandmother, who had no idea about the media world.

Björn was then thrust into a world which he was totally unable to cope with. Except for a chaperone, he had no qualified adult to guide him through the rocky shoals of media life. When shoots on Death in Venice (1971) were wrapped up, he had to endure the nightmare of being paraded around gay bars in Venice being ogled. Death in Venice was not the worst of it. Shortly after the film had been launched, he spent a dismal period in Japan being what is called a “bishonen”, a beautiful androgynous looking young man, who appealed to teenage girls. In Japan, as a white Caucasian he was exoticised as a sex symbol. A final absurd episode while he was still a teenager was being invited to Paris by a rich gay man, who paraded him around fashionable restaurants and bistros as a trophy toy boy. In pictures taken in Paris at this period, Björn looks just stunned. 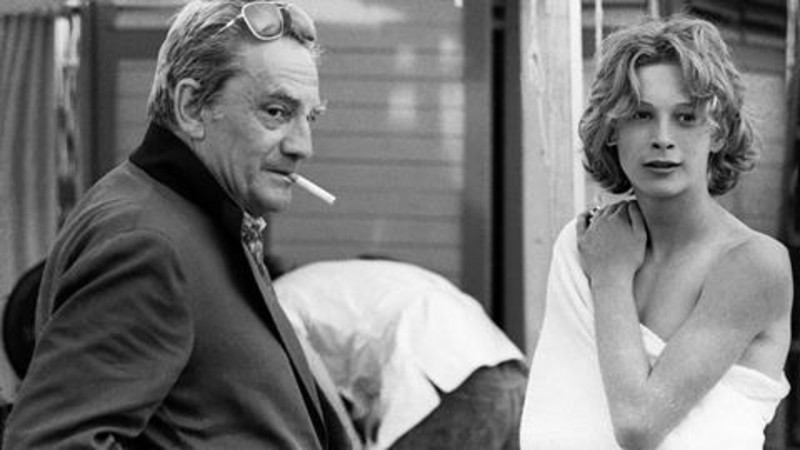 The worst in is life was yet to happen. By the time he returned to Sweden he was drinking heavily. He tried to create normal life by marrying and having two children. Sadly, he came home one night drunk. His infant son, Elvin, slept in the same bed as his parents and Björn was so drunk that when he woke up, he had failed to notice that the child had died of cot death. He comments, “How can a child look after a child?” Clearly, he hates himself for Elvin’s death. He was not allowed to grow up. At the beginning of this film, he is shown wandering through the ruins of the hotel where Death in Venice was created. He has long, grey hair and a beard, and is dressed in a flowing leather coat, looking like an ancient throw-back to the 1970s, as if he were trying to recover the youth that was stolen from him.

Some may complain that this documentary is a standard exercise in fashionable victimhood. Björn Andrésen is a loser. Other young actors have all come through the media machine and survived. Mickey Rooney used to complain that he never quite understood what Judy Garland’s problem was. The problem was that she was vulnerable. Marilyn Monroe was a highly intelligent, sensitive woman and yet she, like Björn Andrésen, was worn down by the fact that people were more interested in what she looked like rather than who she was.

Björn Andrésen has none of the shrill, self-righteousness of the victim. Instead, he exudes an air of exhaustion that older people who have been defeated by life. This documentary is well worth viewing and should give food for thought for all those involved in the media and not just privileged heterosexual white men who indulge in toxic male gazing. Gay men are just as guilty and so, indeed, are women. In old fashioned language it is called “lust” and it is one of the seven deadly sins.

The Most Beautiful Boy in the World is in cinemas on Friday, July 30th. On VoD on Friday, August 13th.