The British production Acceptable Damage just won the Best Action prize at the National Film Awards. We spoke to the British-Romanian film director about the significance of the accolade, her career and what the future brings!

An autistic teen is taunted and bullied by a street gang in a leafy London suburb, in Lavinia Simina’s second feature Acceptable Damage (2019). The bullying tactics are profoundly dehumanising and intimidating. Katy is branded a “twitchy bitch” (in reference to the body language often associated with Asperger Syndrome). The bullies taunt and insult her at her doorstep, and one day they eventually break into her house.

Last week Acceptable Damage won an important prize at the National Film Awards. We spoke to the woman behind the camera about her film journey and achievements.

You can watch Acceptable Damage on Prime Video.

Victor Fraga – Acceptable Damage is your second feature film. How did the project begin? And how is it different from your first feature, Memento Amare (2016)?

Lavinia Simina – It all commenced with an excellent script penned by Fiona Whitelaw, which gave me and fascinated me enough to start asking questions. It was a challenge to read about life from a unique viewpoint and hopefully get the audience with me on an emotional journey.

Memento has a deep significance for me, as a first feature, as a European film, as an auteur project. It remains an important part of my journey as a filmmaker and reminds me of some three most difficult days of filming so far.

VF – Please tell us more about the topic of disability and casting. Is it true that the film lead actress Elinor Machen-Fortune is autistic?

LS – Yes, and it was necessary for us that the main role was played by Elinor. She is an excellent actress who informed the character during pre-production in our many conversations so we could meet the part with as much authenticity as possible.

Come to think of it, it was an emotional journey for all of us, cast and crew as it is not a very light story to portray but tackles into the life of real people, who unfortunately are not so privileged in getting all the protection they need to be able to live an easy and peaceful life. 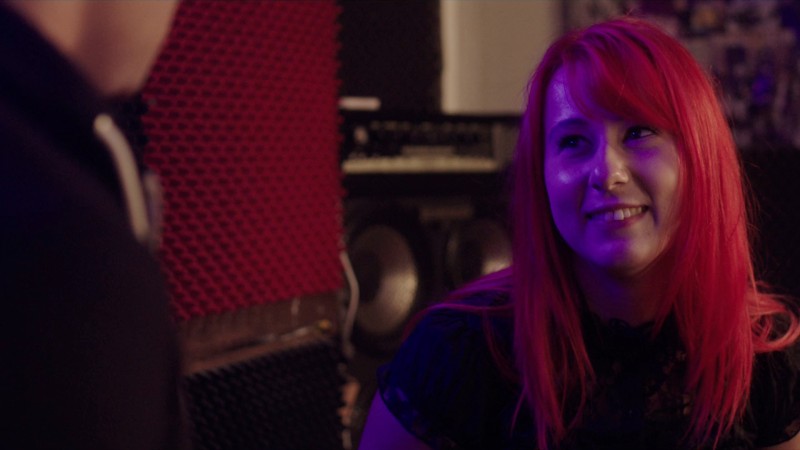 VF – You are a British-Romanian filmmaker. How did Romanian audiences react to your film? Is their experience different from British viewers?

LS – I cannot answer this question as the film was not yet distributed in Eastern Europe, so I have no real feedback on that. We had a brilliant response distribution wise, reaching the US and here at home in the UK and we can only hope that the film will reach that part of Europe soon.

I hope that people will look at it as a film with a universal story about living in ostracism because you are different, instead of fitting a mould. It’s a cold, unkind world when you’re an outsider.

VF – Acceptable Damage won the Best Action category at the National Film Awards. What is the significance of this achievement?

LS – As always with any award, there’s a charming side to it that quickly goes away. One evening you’re on the red carpet in front of photographers and journalists, and the next morning you’re back at work on a new project, the world goes on and you’re wondering if it did happen at all.

I think that one is expecting that the award will invite more curiosity and desire to watch the film and will finally generate more opportunities for work. It’s all about the work in the end. But what was especially flattering about this award was that 4 million British people voted, and so we won against productions such as 1917 (Sam Mendes, 2019), Official Secrets (Gavin Hood, 2019), Blue Story (Andrew Onwubolu, 2020), etc. It was astonishingly unexpected and extremely humbling. It seemed that we’ve managed to take these people with us on an emotional journey after all.

VF – Finally, please tell us a little about your future projects and ambitions.

LS – I don’t feel like I have any ambitions at this point in my career. I’d say I have a lot of love for my work, and perhaps more clarity and patience. I let it happen when it needs to and it feels right. At the moment I’m working on two feature films, very distinct in genre and in various stages of production, both done with UK production companies and some Bafta awarded cast and crew. Unfortunately, I cannot reveal more at the moment but hopefully, you’ll be hearing about it soon!

The image at the top is of Lavinia at the National Film Awards; the one below is a still from ‘Acceptable Damage’.

Construction worker separated from his family in Romania has to grapple with financial hardship and bigotry in Brexit Britain, in a psychological drama prescient of a bleak future to come [Read More...]