"Dirty gem"
One man’s archive of 400 films is a remarkable experience of the 20th Century, and also a vision of love, friendship and loss - out on Monday, June 28th

In 1928, a boy by the name of Harry Birrell was given a cine-camera. He’d spend the rest of his life filming his friends and family, and documenting his time spent away from home in India, Burma and Nepal during the Second World War. Incorporating recently discovered entries from his diaries by his granddaughter Carina Birrell, director Matt Pinder edits together footage from over 400 of Harry’s films. The result is the story of one man’s remarkable experience of the 20th Century, a romantic and captivating adventure of a bygone era.

In Bombay, he commanded a Gurkha battalion in the Indian army. In the jungles of Burma, he went behind enemy lines, mapping the country during the Japanese invasion. Fittingly titled, Harry Birrell Presents Films of Love & War, it’s a vision of happiness and sadness, of love, friendship and loss.

The shadow of death haunts Harry’s vibrant life even as a young man living a free and spirited existence in the 1930s. His own father was killed in action in the First World War. Like his father before him, he prepares to follow in his footsteps and serve. Richard Madden narrates one diary entry in which Harry beautifully articulates life’s impermanence, of how moments shared with friends could be their last. It’s a moment that reminds us of the intimate closeness of life and death that defined lives in this period. 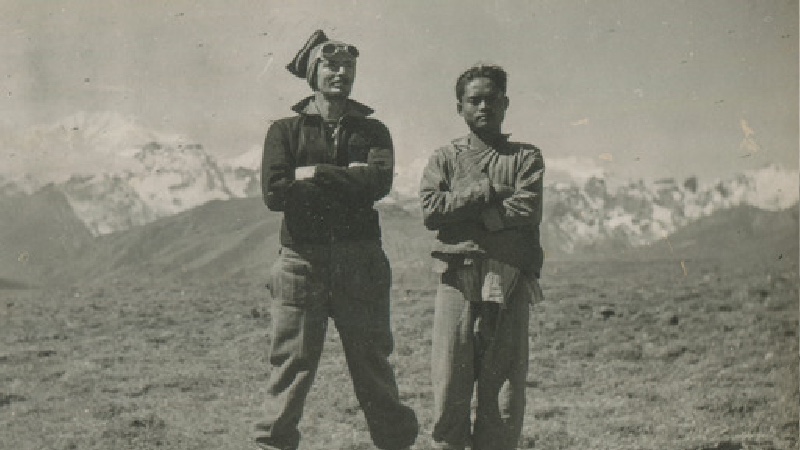 One can be forgiven for coming to think of Harry as a friend. His pleasant nature and loyalty towards his men, forms an impression that if we’d have ever met him and his curious camera, we’d have become lifelong friends. By the end of the film, there’s a feeling of loss that the story of this remarkable person had to end. To see him credited as director of photography on a professionally produced and distributed film is a fitting full stop on Harry’s life, for who film was one of his great and enduring love affairs.

Harry Birrell Presents Films of Love & War, offers us the simple pleasure of sharing in someone else’s experiences. Harry’s recordings bring history alive, or rather they keep history alive. His films and this documentary are invaluable to us in the present and the future, and should be shown in history classes to impress wisdom on the minds of the young.

We cannot appreciate the experience that generation went through. Pinder’s documentary allows us to get as close as we can to the past, and the trauma that made it difficult for veterans to talk about their experiences. The film culminates in an emotional crescendo, a moving tribute to an interesting man and his unexpected adventure, that we’re privileged for it to be shared with us.

Harry Birrell Presents Films of Love & War is on DVD and Blu-ray on Monday, June 28th.

WITCH: We Intend to Cause Havoc

Fancy a taste of African rock? This documentary looks at one of the very best bands from Zambia - in selected cinemas and VoD on Friday, July 2nd [Read More...]

A high-school student with cerebral palsy is determined to join the wrestling team, but can his body withstand the fight? American drama is on various VoD platforms on Monday, June 28th [Read More...]

A journalist and a theatre director join forces in order to rebuild a Sierra Leone's fractured identity and neglected culture - in cinemas on Friday, June 25th [Read More...]