Wrestling with disability… and slamming it!

Eoghan Lyng talks to RJ Mitte, the American star of Breaking Bad and the new wrestling thriller TRIUMPH; he does not perceive cerebral palsy as a handicap - in exclusive interview

Although RJ Mitte is best known for his performance on the television series Breaking Bad, there’s more to his palette than fending off fathers and drug barons. And much like his character on the seminal show, Mitte has not allowed cerebral palsy to hinder his acting choices. Here, Dmovies found a deeply reflective artist detailing his venture into the sports drama Triumph (Brett Leonard, 2021).

The talk about the rings and hurdles it takes to get a wrestling feature made, not forgetting the physical impact wrestling holds on an actor, and much more.

Eoghan Lyng – Triumph is a great film. What inspired you to take part in it?

RJ Mitte – Many things made me want to be a part of this film, one being the writer. Michael Coffey, he created this show…He’s an extraordinary man, and he had this amazing vision. He lived an extraordinary life, and he was able to articulate it in a way, and put it on paper in a way that was captivating. It’s such a relatable story for so many people; it’s a story that needed to be told.

EL – It’s told very beautifully. Are there more films capturing the topic being made?

RJM – Yeah, I think there is a lot of films being made to capture the topic. But are they great? It’s hard to find out if they’re great until you make it happen, but I see a big growth in this type of films. This type of content [pauses for thought]. It’s telling me that there are audiences who want to see these types of shows. It makes me really happy to see that there are more individuals who want to see people with disabilities, and more individuals with diversity stories in mass media. That’s a win!

EL – What was it like to work with a luminary of Terence Howard’s stature?

RJM – Yeah, you know… People are people. I worked with him for only a few days. But he was nice, and Colton Hanes, Grace Victoria Cox, Johnathon Schaech, you know.. We spent a lot of time together over a few months, and it was a good group. We had a good bunch of people who cared about this project, because this isn’t a multi-million dollar project. [It was] very finite, minimal funds.. There was a lot of belief in the story, and giving points of it back into charity [sic]..I worked on this project for five, six years now, and it’s finally coming to fruition.

RJM – I do my best not to…I look at tonnes of movies. I try my best not to cherry-pick direct inspiration. You’re thinking about it [the influences] the whole time. Really, my inspiration for this project was the writer Michael Coffey. I used him as my reference to create my character, because he was based on a real person, and I had my real person there. So, I was able to utilise him there to really bounce this character off of. 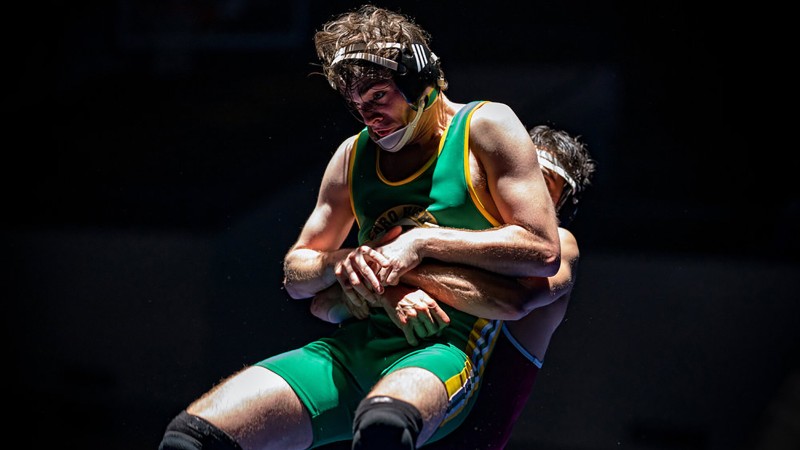 EL – Do you see a future where there will be projects of people with varying disabilities?

RJM – But [at least] that’s nobody; that’s the industry. And part of that is making the projects yourself, putting your heart & soul into it. I do see more willingness for people with disabilities, and to listen to people with diversity, so I am very happy to see that there is a change. Is it where it’s needed, or where we want it to be? No, but’s that’s for us to work on.

EL – That’s a very positive way to look at it. Would you ever consider writing a project yourself?

RJM – Yeah, I’ve written quite a few projects. I haven’t gotten them made yet, [but] there’s a couple of projects I’m working on that I’d like to get out, but that’s time and commitment. I’m always kind of scared when someone writes me a very big cheque, and says, “Here you go: be responsible!” And I’m like, “Yeah, you’re really giving me this? I’m going to make a movie off this?! Ok [chuckles].” Filmmaking can be scary, man!

EL – Was this a particularly daunting, or a physically daunting project at least?

RJM – Yes, yes it was. This film is based in Roman style, Greco style wrestling, and that is a very physical sport, you know? When you hear wrestling, you think of WWE, and all these types of wrestling that are very challenging in themselves. But they’re made not to hurt each other- these sports are made not to hurt each other. But when it comes to wrestling in this way, you’re talking two individuals of matching strength vying for dominance. It’s a very physically and mentally draining performance, because we’re getting slammed.

You can’t hide the mat, you can’t fake the moves. Like, when you’re doing the boxing, or doing a fight scene, you can fake the punches and kicks. You can’t fake wrestling, you can’t fake getting slammed. I did all my own stunts, and I had a great time. I love martial arts, I love sports, I’m a big believer in all of it; I think they’re so important in our society. But man, it whooped my ass, I’ll tell you that!

EL – You’re a braver man than me! I’m onto my last question: Are there any other projects you’d like to promote?

RJM – I’m so happy with Triumph right now. I do have another project called The Oak Room (Cody Calahan, 2020), which is on streaming services right now. I have a few projects in the works, but we’re pushing Triumph, because it’s been years man, and we’ve worked very hard to get where we’re at. We’re not over all the hurdles yet, but we’re hurdling.

All images are of RJ Mitte in ‘Triumph’, which is out on most streaming platforms on Monday, June 28th.

A high-school student with cerebral palsy is determined to join the wrestling team, but can his body withstand the fight? American drama is on various VoD platforms on Monday, June 28th [Read More...]