"Filthy genius movie"
The sombre and twisted comedy-crime classic has now just received a 25-anniversary commemorative reissue, and it feels as pristine as fresh blood on white snow - in selected cinemas and also on VoD

The Coen Brothers’ black-comic crime gem ploughs back into cinemas for its 25th anniversary and proves as charming, perceptive and downright dazzling as it did on its release in 1996. To recap, the thriller sees a debt-ridden car salesman (William H. Macy) hire a pair of bumbling criminals (Steve Buscemi and Peter Stormare) to kidnap his wife (Kristin Rudrüd) in order to extort ransom money from his wealthy father-in-law (Harve Presnell). What could possibly go right?

Viewed through modern eyes, Fargo appears to be the missing link between Quentin Tarantino and Martin McDonagh. From the former it takes a twitchy Buscemi, quirky dialogue and accidental bloodshed; in the latter it inspires deep pathos, regional dialect and Frances McDormand. Prompting flicks like In Bruges (McDonagh, 2008) and Hot Fuzz (Edgar Wright, 2007) to mine their accents and locations for comedy and sense of place, Fargo’s ingenious use of regional eccentricities creates what might best be described as a Midwestern; desolate, violent and unflinchingly polite. 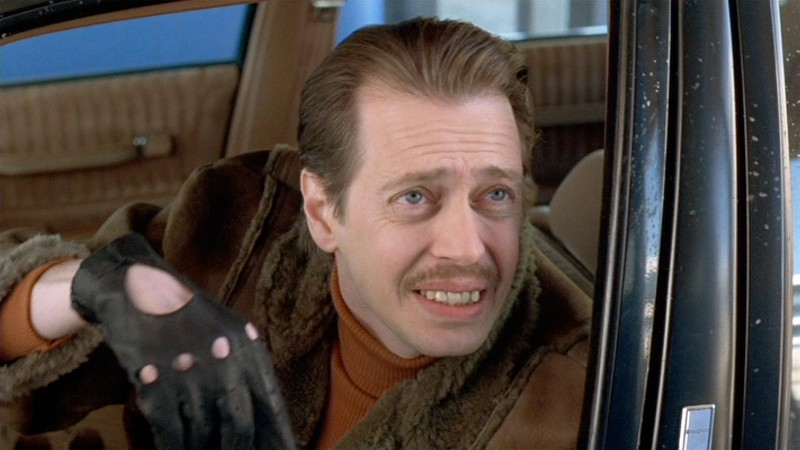 From this collision of the cosy and chaotic the Coens find an existential squirminess akin to Woody Allen’s Crimes and Misdemeanors (1989), with Macy’s poetically pathetic shyster at its core. There are great performances from Buscemi, Stormare and Steve Park in one particularly painful scene, but McDormand steals the show (despite only arriving in the second act) as the loveable and capable Marge Gunderson; unique in the genre by virtue of being pregnant and chipper, fearlessly waddling from corpse to buffet… to chipper.

The snowiest movie since The Shining (Stanley Kubrick, 1980), Fargo is illuminated by Roger Deakins’ crisp cinematography and Carter Burwell’s bombastic score that is very much in on the joke; one that includes the false claim of being a true story, Stormare’s character watching Bruce Campbell on TV in a remote cabin, and conversations entirely comprising the word “yah.” That a work so heavily informed by the region’s Nordic inflection would go on to influence films from bonafide Scandi noir writer Jo Nesbø (Headhunters, Jackpot; both from 2011) lends further authenticity to its offbeat humour.

A 25th anniversary edition of Fargo is showing in cinemas now, and also on all major VoD platforms: