The Reason I Jump

"Greasy movie"
British documentarist investigates the lives of young people with autism, and their mysterious and complex communication systems - out on Friday, June 18th

Many of us neurotypical people have a skewed understanding of autism. The general misconception is that autistic or neurodivergent people don’t possess well-developed mental faculties and have cognitive difficulties similar to mentally impaired patients. However, this is far from true. Many autistic children and adults are just limited by the constraints of verbal communication. Some might even have heightened sensory perceptions, deeper memory, and creative abilities far superior to “normal” people.

The Reason I Jump is a documentary based on the eponymous 2007 memoir written by Naoki Higashida, a nonverbal Japanese teenager with autism. Passages from the book – which was translated into English by novelist David Mitchell (Cloud Atlas) and his wife, KA Yoshida (who have a child with autism themselves) – are interspersed in the film, and attempt to bridge the gap between a non-speaking autistic mind and the neurotypical world that has long struggled to understand them and too often neglected to try. Some may have thought Naoki had no emotion or imaginative intelligence, but his book proved otherwise. It revealed a mature introspection that conveyed his perspective with real insight and articulacy.

Naoki learned to communicate by pointing to letters on an alphabet board created by his mother. The author, now in his 20s, didn’t want to appear in the documentary himself but his words that illuminate his sensory perceptions, resonate throughout it. While draped with bits of narration from Naoki’s book that plays over dreamy footage of a Japanese-British autistic boy (Jim Fujiwara) wandering through the countryside, Jerry Rothwell’s film uses Naoki as more of a guiding light than a character, which allows it to bear out the book’s lessons away from the person who wrote it. 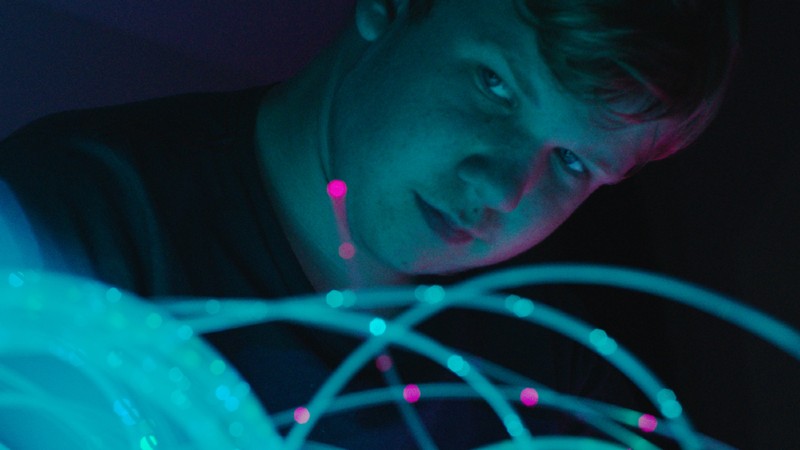 Naoki’s book is the spine of this documentary, his commentary relayed to us by narrator Jordan O’Donegan. With this context, Rothwell sets across the globe, capturing the lives of those with nonverbal autism. We meet Amrit, a painterly teenager from India whose line drawings constitute a visual diary of her day; Joss, a young man from Kent and the son of the film’s producers Stevie Lee and Jeremy Dear, who is acutely attuned to sound and light; Ben and Emma, hockey-mad high schoolers from Virginia; and Jestina, a mid-teen deemed a ‘devil’ and a ‘witch’ from Sierra Leone. The exploration of Jestina’s experience gestures toward a larger point. Her parents describe launching a public campaign to change attitudes in Sierra Leone, where centuries-old beliefs, rooted in fear, stigmatise autistic people as possessed by the devil.

This is a film about mapping that middle ground, and so it makes sense that Rothwell presents it in a way that tries to thread the needle between the experience of living on the spectrum and the experience of living with the spectrum, each of which can be confusing in its own way. Rothwell recognises that making assumptions about the inner lives of people who can’t express themselves can lead to grave inhumanities. He hopes that his documentary will open a window on ways of thinking that we often ignore and don’t understand and that makes us judge people in completely inappropriate ways.

The Reason I Jump is in cinemas on Friday, June 18th.

Girl with no Mouth (Peri)