"Dirty gem"
This new documentary shows one of the most exciting indie bands the UK has produced in recent years; both the movie and the artist are raw and exciting - in cinemas on Friday, July 2nd (previous screenings from June 23rd)

From Elvis Presley to John Lydon, rock music has lit from honesty, and it’s clear early on that Idles, the fiery outfit this film is based on, have based their modus operandi on truth. And however much singer Joe Talbot may deny that Idles are a punk band, it’s evident from the footage that the band revels in an energy comparable to the stamina of The Ramones and The Sex Pistols.

To the band’s credit, they’re not out to mythologise their output, and the film takes time to expose Talbot at his most ragged, repentant and vulnerable. He recognises the creative risks his band (which has three studio albums to their name) took on their way. In one of his more revealing asides, says he didn’t wish that the anger take from the vibrancy and versatility of the act itself. He doesn’t necessarily enjoy the spotlight, but feels compelled enough by the emotion to draw himself from the side stage to the microphone.

But with Britain plunging into uncertainty, Idles captured the zeitgeist, offering younger listeners a voice that recognised their pain, passion and presence. Recognising the brevity of their career, the film doesn’t outstay its welcome, and the film concludes after a choppy hour and twenty minutes of tape. 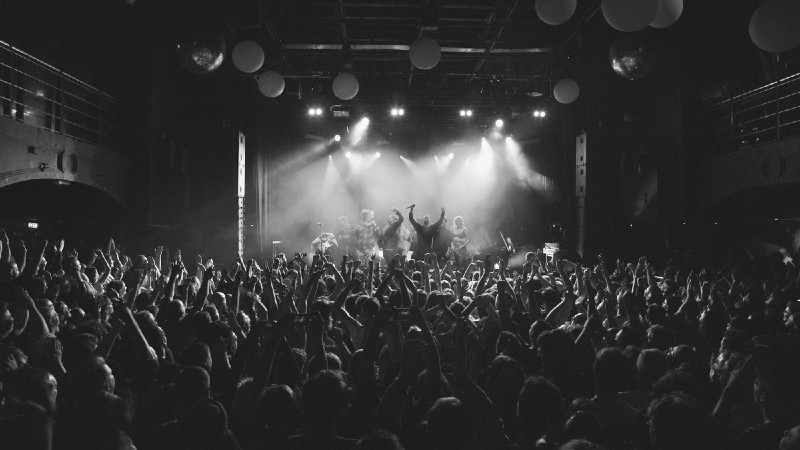 The film’s main strength is the music itself, and the picture makes great use of the many probing anthems that sit in the band’s vault. Director Mark Archer captures the band in concert, portraying an artist caught in the intensity of their performance, paying particular attention to their singer, caught in the ferocity of his work. The film, like the band, is less concerned with lacing the audiences in pyrotechnics, as it is in capturing the essence with as much clarity and honesty as they are able to stomach.

The band pride themselves on the passion that could only come from a place of great truth. And much like the group it sets out to celebrate, the film is extraordinarily honest, enjoying the bumps and misdemeanours on the journey towards audience satisfaction and completion.