Our dirty questions to Agnieszka Holland

The iconic Polish filmmaker talks about her latest feature CHARLATAN, and reveals her enduring passion for blending pleasure with pain - in an exclusive interview

Polish filmmaker Agnieszka Holland has looked to the plight of suffering in WW2 in Europa Europa (1990) and In Darkness (2011), and the struggle for liberation of the Czech people in her miniseries Burning Bush (2013). She returns to the past with her recently released film, Charlatan (2020; pictured below), based on the true story of infamous Czech healer Jan Mikolášek (Ivan Trojan), who with his uncanny knack for urinary diagnosis, won favour and fortune treating prominent Nazi and Communist figures. Falling out of favour with the current Communist regime, a show trial threatens to pry open his secrets, including the illicit love affair between he and his assistant František Palko (Juraj Loj), whose fate hangs in the balance.

In conversation with DMovies, Holland discussed the cinema of today versus her youth, the conventional dramaturgy of television, the unknown journey of a film, and accepting her work.

Paul Risker – ‘What we are’ versus ‘who we feel we are’ can often be out of sync. I’ve spoken with directors who say that it took a number of films before they felt they could call themselves a filmmaker. Do you feel that you can call yourselves filmmakers?

Agnieszka Holland – It was a completely different time when I was deciding to become a film director, or a filmmaker. The cinema was in a different place, and I was 15 when I made the decision. It was the mid-1960s and the cinema was the most innovative, original and personal artistic medium. To be a filmmaker was to call yourself an artist – it meant that you tried to express yourself in some cinematic and artistic form. Of course, a commercial cinema existed in the United States, especially Hollywood, but there was the idea of the cinema as an accessible medium, an attractive way to express complex, poetic, emotional and intellectual content.

Today we’re in a different place, and the kind of cinema that pushed me to dream about being a filmmaker is now rare. The ambitions of personal cinema exists of course, but it became a festival niche. The mainstream in the theatrical cinema, the middle type of cinema practically disappeared, and all moved to more ambitious television. Sometimes it breaks the rules, but the majority are conventional, and it has to be to attract a global audience.

To be a filmmaker today, in the best sense means you’re a good craftsman, or you create some kind of visual art which is on the border between modern art and cinema.

PR – Did you feel you were a filmmaker once you’d made a film, or was it a feeling that gradually developed?

AH – I didn’t think about myself as a filmmaker. You become a filmmaker when you’re making films on a regular basis. I saw myself more as a director, or as I say, it’s someone that pretends to be an artist. I was thinking about expressing important things in a personal way, not making movies, but of course I was at the same time making movies. I became a filmmaker from the moment I did my first professional film.

PR – Has the experience of being on set changed, or the familiarity of the process dulled your passion?

AH – I still like the process and every time it’s new for me. When I’m doing television it becomes more of a routine because you have to keep to a stylistic frame that has already been established, or you have to establish it. Television is quick, but it’s hard when you’re doing a lot of night shoots, and it’s not final. Other people are taking over afterwards – producers and studios, networks and platforms. A television series, especially a long one has to be conventional because you have to do it in a way that by the end of every episode, the viewer would like to return. You have to establish a conventional dramaturgy. 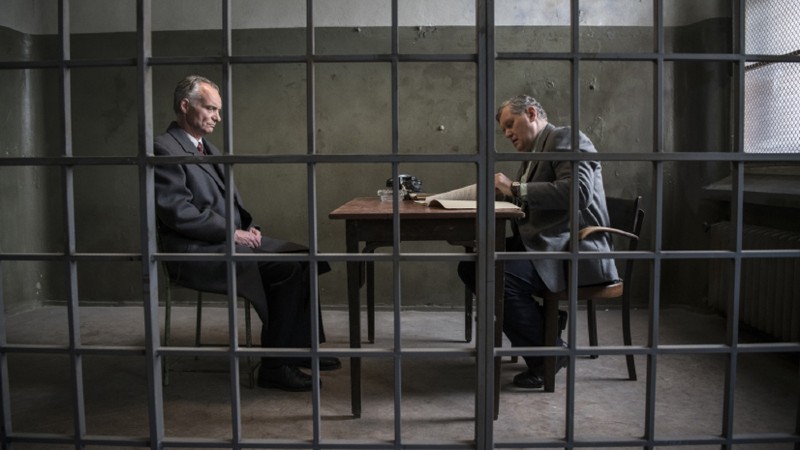 You don’t know where the cinema will take you, whether it will come together in a decent way, or it will be a total failure, or something miraculous will happen. Cinema is a prototype, every film is different and so it’s much more of an exciting adventure, and this adventure mainly happens during the shooting. I’m alert and excited during the shoot, but of course I don’t like everything about the process. I don’t like waking up at 4am and spending 14 hours on set, never having enough time, but it’s where I feel alive.

PR – Interviewing director Jill Gervargizian, she remarked to me that the filmmaking process is about, “making a decision, believing in it and moving on.” Would you agree with this sentiment?

AH – I remember teaching 15 years ago, and counting for my students how many decisions I had to do each day on set as the director for a film I was making. I counted until I was bored, and there were 700 decisions in five hours or so. It’s about making decisions, and it can blind your clarity of judgement because very often you don’t know in your heart what’s the right and wrong decision. We have to pretend to become the leader of the herd.

It’s a very strange profession – a bit of stealing from and lying to other people, a bit of pretending, and suddenly being inspired by something you couldn’t predict. Of course, it needs the regular boring preparations, so it’s a very complicated job at the end of the day.

PR – Interviewing Larry Fessenden, he spoke of how a film is abandoned. Would you agree with this sentiment, or is a less harsh phrasing that it’s about being able to let go of the film?

AH – With some films you never know if you’ve concluded the process at the right time, if there wasn’t something more to do. Deciding that it’s over, that it’s accomplished is a mix of exterior needs: money, premiere and festival dates that have been set, and sometimes it’s also the feeling that you’re not inspired any longer about what you can change for the better.

What I enjoy, and the few times in my career I was lucky enough to have this opportunity, is to finish the film, to show it to the audience and afterwards have the opportunity to come back to the editing room. It’s often not possible because it costs money. Most of the time, even if at the premiere I wasn’t completely satisfied, when I watch the film one year on, I think, ‘Okay, it is what it is.’ The film is only finished when the audience see it and express their own judgement and emotions.

Biopic of Czechoslovakian healer who treated both commoners and prominent politicians offers insight into the life of a very peculiar practitioner - now also available on BFI Player [Read More...]

Chaotic music intoxicates the tumultuous urban landscape of the Peruvian capital, in this highly sensory and hypnotic doc - showing at the Barbican [Read More...]

Oscar-nominated doc largely told from an American perspective depicts US presidents (particularly Bill Clinton) as cautious negotiators of the Israel-Palestinian conflict - out on Friday, May 21st. [Read More...]