Kids and grown-ups love it so!!!

In Steven Kostanski’s independent American sci-fi, horror, comedy Psycho Goreman, siblings Mimi (Nita-Josee Hanna) and Luke (Owen Myre) unwittingly resurrect an ancient alien overlord, who was entombed on Earth millions of years ago. Nicknaming him Psycho Goreman, PG for short, they discover they can control this tyrannical force, that once threatened to destroy universe with a magical amulet. Forced to abide by Mimi’s childish whims, PG’s presence soon draws the attention of allies and foes from across the galaxy. In small town America, the fate of the universe will be decided.

No stranger to genre cinema Kostanski’s previous directorial credits include Manborg (2011) and The Void (2016), co-directed with Jeremy Gillespie, and Leprechaun Returns (2018). He has also worked on makeup prosthetics and effects on features and series including Star Trek Discovery (2017-18), Hannibal (2013-14), Crimson Peak (Del Toro, 2015) and Suicide Squad (Ayer, 2016).

In conversation with DMovies, Kostanski discussed the need to change the culture around movies and keeping our inner child alive.

Steven Kostanski – I come from a very artistic family. My mum is an artist and while my dad’s not an artist, he was a technical drafting supervisor. He’s now retired, but he’s a technically minded guy, and the combination of that and my mum’s artistry turned me into what I am.

I like the problem-solving of filmmaking, and I also like the creative expression behind it – of being able to create weird fantasy worlds. I was a kid that was raised in the video store, watching sci-fi, horror, fantasy and action movies, Saturday morning cartoons, and playing video games – all the typical stuff of a late ’80s, early ’90s kid. It’s all burned into my brain and it influences everything I make.

When my dad moved one of our VCRs into the basement, I had free reign over what movies I was watching, and it opened up the world of filmmaking. I was able to obsess over movies, and this predates DVD and watching clips on YouTube. Being able to pause and rewind, and watch an effect over and over again, and obsess over how it was made was influential.

Up until that point I liked drawing, sculpting and painting. I was always making dioramas in school and I realised that all of those things could come together in one form of expression, which is movies.

PR – Youth is a special time to discover film because at that age we’re sponges. We absorb everything, and as we get older how we relate to cinema changes. It’s not that we love film any less, but it’s a different experience, and one that I find feeds a nostalgia.

SK – The internet and the connectivity we have is great for some things, and for the post-movie discussion it’s fine, but I find it spoils the experience of just watching a movie now because there’s expectation. The hype-machine that’s built around movies and TV now is so empowering, and it’s also instant – it happens and then it’s done.

It’s newer and it’s a little outside of the VHS era, but one of the last times I went to a movie and was blown away in that child like way was when I saw The Fellowship of the Ring (Jackson, 2001). I’d not read the books and I didn’t know anything about it. I was more into sci-fi and horror at that point, and so I thought, ‘Oh, it’s just going to be elves and fantasy stuff, this is going to be boring’, and I remember being blown away and overwhelmed. I was pulled into this universe that was epic in scope, but also singular in Peter Jackson’s vision. I always felt he had me in the palm of his hand, ‘I’m telling you this story and you’re going to listen.’

I also think back on that experience because it was such a surprise, I was so blindsided. Immediately after I read the books and then the experience changed. There was hype and expectations around The Two Towers (Jackson, 2002) and The Return of the King (Jackson, 2003). Neither of those hit the same way that first movie hit because I didn’t know what I was getting into, and so I was overwhelmed by the experience. I wish more movies could do that, where they come out of nowhere because nobody is talking about them. You just go to check it out and it punches you in the face. We need a little bit more of that with our movie consumption. 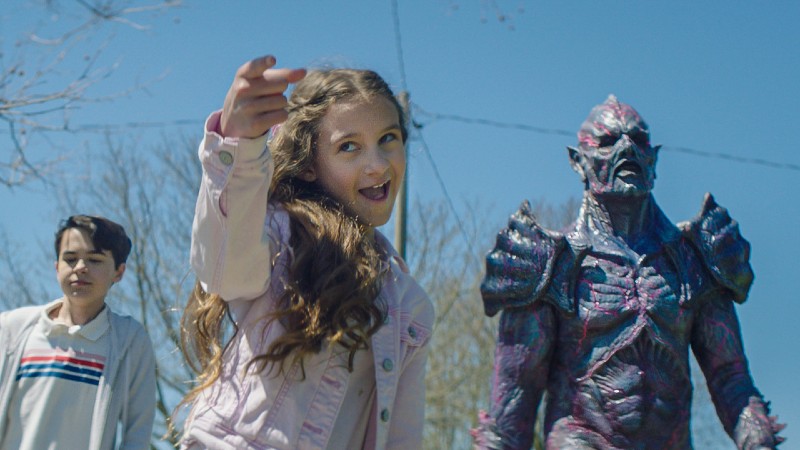 PR – It occurs to me that it’s unlikely you’re alone in these feelings, and equally that it’s near impossible to reverse the power of the hype-machine.

SK – It’s impossible because we’re in an age where people are racing to spoil everything, and not just spoil, but also give their opinions. It becomes more about going to watch a movie and wondering if I’ll agree with someone, as opposed to going to watch the movie because you want to enjoy the experience.

The culture around movies has changed a lot, and not necessarily for the better in my opinion. It makes me yearn for that childlike excitement where the only hype around a movie I would get is one of my cousins telling me how terrifying Hellraiser 2 (Randel, 1988) was. The hype-machine back then was my cousins and my friends at school saying, “Oh, you’ve got to see The Puppet Master (1989-2018) movies, they’re crazy.” That’s all the lead in you’d get, and we need to bring that back. I’m not sure how, but we’ve got to figure it out.

PR – Is Psycho Goreman the type of film with a vibrant energy and confidence that it demands to be seen, therein making it difficult to adequately review or spoil through criticism?

SK – I feel like I’ve experienced that with PG, where there’s polarising opinions. What I’ve loved is that in the online discussion, even people that are not onboard with the movie are still telling you to see it. I like forward momentum, like what you’re saying. You just have to experience the thing, and I appreciate that because even with bad movies, it shouldn’t be a case of going to Rotten Tomatoes and thinking, “This has a lower rating, I’m not going to watch it.” I love misfires and I find them very interesting. Having made a movie that has this discussion around it, where people that have experienced the movie, regardless of whether it’s necessarily their cup of tea or not, are pushing people towards the film, is exciting. It’s getting us towards that movie culture that I’d rather be in, where it’s little more communal and accepting.

I’m not trying to spin anything, but I find that in this world where everybody is so polarised, it’s either love it, it’s the best thing ever, or they want to murder the filmmaker. Going back to childhood, there’s that middle ground of it’s a fun thing to talk about. It’s just a movie and it should be a fun pastime, and not so much of this industry of criticism and review, which I feel a lot of people have clung onto as their bread and butter, which feels very weird to me.

PR – As kids we’re dreamers, and films often fuelled our youthful dreams and fantasises. Is your film one that can offer nostalgia to reconnect with our inner child?

SK – My whole life and throughout my adulthood, I still feel like a twelve-year-old in an adult body. I don’t think that’s ever going to go away, and I’ll have moments of clarity in meetings with studio executives where I just want to go and play Nintendo 64.

You have to keep that spirit alive because I don’t get what the alternative is. As a kid, growing up meant I’m allowed to watch Terminator 2 (Cameron, 1991) and Predator (McTiernan, 1987) as much as I want. To me the adult content was just amped up kids content, and so that’s why I make the movies that I make. You’re allowed to like fantasy stuff as a grown up, there’s nothing taboo about that.

I don’t get what the expectation is otherwise – are we all just supposed to watch sports and wash our truck in the driveway every weekend, and barbecue? I don’t get what the alternative is and so to me adulthood is the same shit as when you’re a kid, except now there’s gore and nudity – what’s wrong with that!

To me it’s not so much reconnecting with being a kid, it’s about keeping the spark of life you had when you were a kid, and that seems to get extinguished in a lot of people in adulthood. It’s understandable, the consequences of reality can beat a person down, but I feel like you can use that guiding light of fun and whimsy to keep your spirit going in the dark times. I want to keep that energy going because otherwise what’s the point? Why even bother getting up in the morning?

Psycho Goreman is streaming exclusively on Shudder from May 20th.

Humour hooks us in a subversive and non-sanitised slice of nostalgia, as the fate of the universe is decided in small-town America - out on Thursday, May 20th [Read More...]

The Killing of Two Lovers

Argentinean drama about an unruly dog, a meteor and a fishbowl helmet blends surrealism with deadpan to impressive results - on all major VoD platforms on Monday, July 26th [Read More...]