The Killing of Two Lovers

Thirty-something-year-old David (Clayne Crawford) is contemplating whether to kill his wife Niki (Sepidah Moafi) and her new lover Derek (Chris Coy). He’s standing right in front of them with a gun as the two sleep on a large double bed, blithely unaware of the potential tragedy that could befall them any second (the very descriptive titular event). But David does not pull the trigger and instead leaves the house, Niki and Derek never finding out about their brush with death.

Must of the The Killing of Two Lovers revolves around whether David will eventually snap and carry out the two killings, which he failed to do in the very first sequence of this quiet and yet emotionally arresting 82-minute film. We gradually learn that the handsome and scruffy David is in a reality a very kind man put in a very awkward situation by his wife. Niki has demanded some “time”. She invited Derek to move with their four children, while a despondent David moved in with his father. Niki says she still loves David, but her selfish actions suggest otherwise.

In front of others, David’s attitude is mostly tolerant and dignified, and at odds with his violent thoughts. He internalises his rage. He punches the wall bare-knuckled until his hand bleeds. She shoots a mannequin with his pistol. He is unable to accept the inevitability of separation, and he is not aided by Niki’s indecision. The female openly engaging in an extra-marital relationship with the male made to wait is a clear affront to the established masculinity/patriarchy. Their oldest child Jess (Avery Pizzuto) stokes her father’s anger and urges him to take action: “mum is cheating on you”. He misses his children as much as he misses his wife. He’s desperate to prove that he’s a good father and to keep his family of six together. It’s unclear how much longer David can control his exasperation. 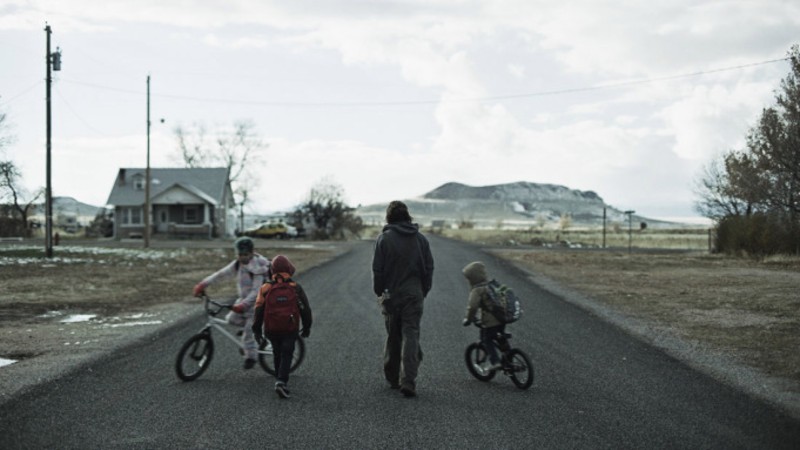 The narrative developments are slow, the mostly static camera and square aspect ratio suggesting a sense of confinement. It’s almost as if David was locked inside a box. A rat in a cage. There’s a repetitive thumping sound (maybe the c of a gun?) in the background, adding the final touch to the emotionally claustrophobic atmosphere. The most important conversations take place inside moving cars – where people can’t touch and barely look each other in the eye. The backdrop is rural Utah, which is vast, quiet and snowy. A bloodshed would leave the landscape permanently scarred.

Ultimately, this is a drama about the repercussions of simmering rage, and how separation can have a devastating impact on masculinity. It’s not a feminist movie. On the contrary, it’s a movie about a man wronged by an empowered yet fallible female. Your allegiance will lie with the kind, loving and desperate David: it’s impossible not to feel his pain.

The Killing of Two Lovers in cinemas on Friday, June 4th. On VoD on Monday, August 2nd. Definitely worth a viewing.