"Dirty gem"
Ireland has a difficult relationship with the subject of abortion; documentary reveals the arguments from both sides of a 35-year debate - on VoD on Tuesday, May 25th

A 14-year-old girl known only as “X” becomes pregnant with her father’s baby, and a termination would also mean incarceration. It was one of such incidents that lit the fire that led Ireland to legalise abortion in 2018. Fueled by their anger, women gathered all over Dublin in 1992 to voice their support to a girl wronged by her father and abandoned by her country.

In 1983, the people of Ireland voted for the Eighth Amendment of the Constitution of Ireland, categorising the unborn child as equally important to their mother in question. In an era of Catholic influence, the votes represented the desires of the country, but the punishments – which would have meant imprisonment for those who aided an abortion, as well as the woman who opted to rid themselves of their pregnancy- led many in the more liberal corners to doubt the integrity of their government.

This movement strengthened in 2012, when the world learned of 31-year-old Savita Halappanavar, who died after being denied the right to abortion. Encouraged by her widower, the Repeal Movement hoisted photos of Halappanavar as they campaigned to alter the motions of a government underserving their core values. Fittingly, when the 2018 results were called, the repeal side won by a margin of 2:1- a 180 degree turn around from the pro-life consensus of yore. 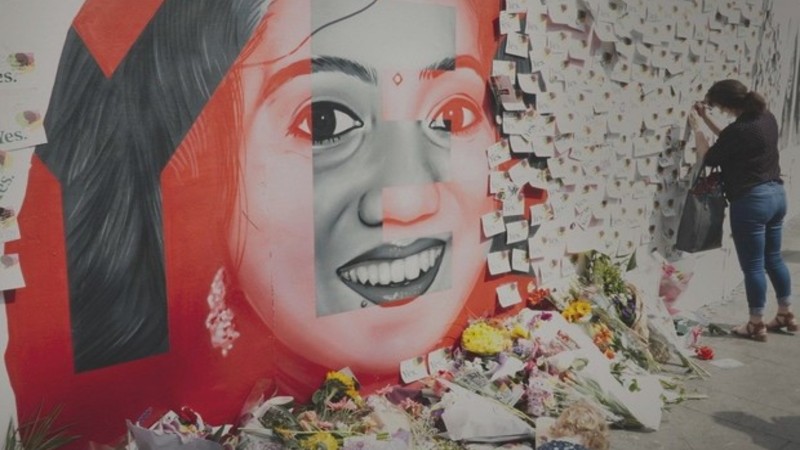 The team carve a nuanced documentary, capturing the uncertainties that existed on both sides of the debate. Unlike the referendum in 1983, few turned to the Church for guidance, but that didn’t stop certain members of the organisation piping into the conversation. Those crusading to repeal felt determined to fight for the women burdened with a child they do not want, while those who opted to vote against the repeal empathised with “the voiceless children” their country was now seeking “to kill”. “It’s my choice,” says one woman, querying both sides in her head before answering; “..It’s no.”

Yet, while the main focus is the landmark vote itself, this is also a sprawling examination of the Republic’s conflicted, chaotic, and complicated history. Feminist activist Ailbhe Smyth is caught decrying the “second class citizenship” her country has put on women, and the ingrained damage it caused too many for too long. Moreover, Smyth is personally congratulated by her two cherubic grandchildren, dispelling any reasons that the politician holds the institution of parenthood with disregard.

But then there’s Maria Steen, whose conservative principles were shaken to the very ground. Steen had queried the integrity of the vote, and the necessity of abortion, in her hope to find another, more reachable, solution to unwanted pregnancies. In their own ways, everyone holds onto their vision of an Ireland that remains wild, willful and wearisome in its ambition to re-shape itself. Given the chance to speak their truths, the pro-choice teams are forced to reconcile with the arguments of their opposition, much as the pro-life movement recognise that there are people like “X” underserved by the very parents who should have done more to protect her. And so the film ends with the stipulation that the votes may have been cast, but the struggle is far from over.