When Man Bites Dog (Benoît Poelvoorde, Rémy Belvaux, André Bonzel) hit the festival circuit in 1992, it proved to be one of the the year’s dirtiest movies. Shot in a mockumentary style, it follows the activities of a serial killer named Ben (Benoit Poelvoorde), who details his methods in full view of the filmmakers, who begin to aid and abet the loquacious killer. It is a pitch-black satire of the media’s depiction of violence and the public’s dubious appetite for the ‘true crime’ genre.

The influences of this notorious Belgian indie are all over DANNY. LEGEND. GOD., only the satire of Yavor Petkov’s debut feature concerns not the media but the scourge of corruption and greed in Bulgaria and wider Eastern Europe.

Like its French-speaking forebear, DANNY. LEGEND. GOD. is a mockumentary with an overbearing male subject, the titular Danny (Dimo Alexiev), and a camera crew that’s struggling to keep up with him. Unlike Ben, Danny does not murder old women, yet his sheer boorishness causes him to be even harder to watch. A curious mix of public official and low rent gangster, Danny is obnoxious beyond belief. 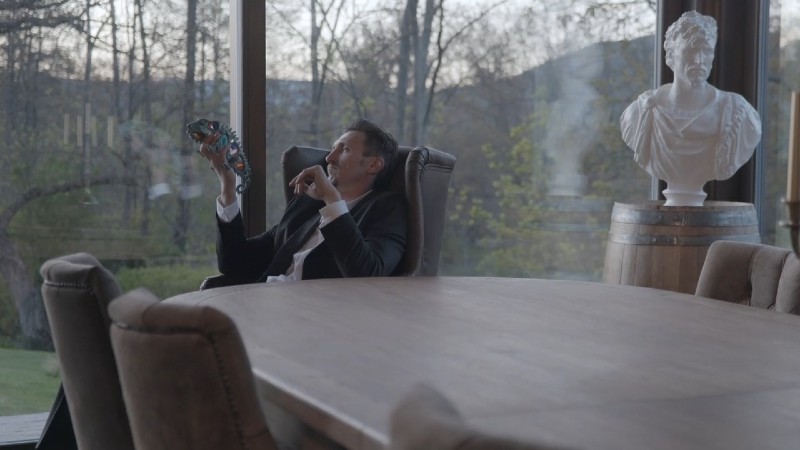 It succeeds in excoriating the thuggish nouveau riche that has thrived since demise of the Soviet Union and Eastern Europe’s chaotic shift into market economics. And that success comes from the unbridled odiousness of Dimo Alexiev’s scene chewing performance.

This is not, however, a movie without shortcomings. DANNY. LEGEND. GOD. lacks the transgressive edge and unnerving commentary of Man Bites Dog. And it never achieves the fly-on-the-wall look – the grading is a bit too cinematic. It feels somewhat contrived when compared to pseudo-documentaries such as Zero Day (Ben Coccio, 2003), Bloody Sunday (Paul Greengrass, 2002) and The Battle of Algiers (Gillo Pontecorvo, 1966).

DANNY. LEGEND. GOD. is available on Amazon Prime from Monday, May 3rd.