"Thoroughly sanitised movie"
The life of an assassin has never been duller, as this limp thriller clings to an Oscar winner’s involvement for some credibility - on Digital on Friday, April 30th and on DVD on Monday, May 10th

American cinema has a long-held fascination with the hitman. From Lee Marvin’s blunt instrument in The Killers (Don Siegel, 1964) to Samuel L Jackson’s spiritual shepherd in Pulp Fiction (Quentin Tarantino, 1994), the beliefs and practices of those who take lives for a living has always seemed to make for good storytelling. In Nick Stagliano’s The Virtuoso, those decades of refinement have been forgotten in favour of an in-conceived mess.

Anson Mount plays the Virtuoso, a hired killer who is methodical about the work assigned to him by The Mentor (Sir Anthony Hopkins). After a rushed hit that results in collateral damage, The Mentor offers him a high stakes job in a small town. The only information is that the target is associated with a person or place named White Rivers, and The Virtuoso must infiltrate the town and befriend its locals in search of answers. However, his entanglement with a local waitress (Abbie Cornish) makes his detached approach more difficult.

A film going straight to home release is no longer the fatal blow it once was. Historically, straight-to-VoD or straight-to-video/DVD denoted something that was low quality, rushed, and a bit cheap. Unfortunately, The Virtuoso possesses all those qualities. Mount leads the action with a painfully stilted performance. He’s not helped by his own voiceover, that speaks to himself in the cold and detached manner of a virtual assistant (“you keep your true identity protected… you make sure the process to engage you is complicated enough to preserve your anonymity”). He’s so aloof and unresponsive that his mission lacks any kind of jeopardy. There is a different between enigmatic and lifeless, and the actor falls headfirst into the latter. 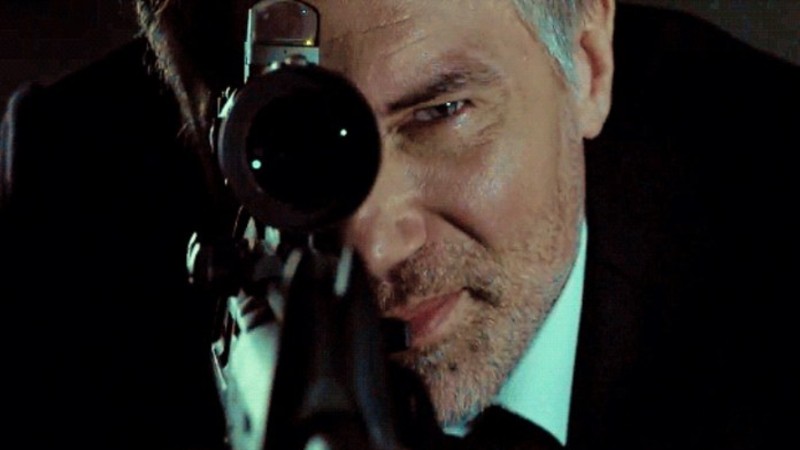 Co-star Abbie Cornish manoeuvres around him, trying to ignite some romantic chemistry with his unblinking stare. Character actors Eddie Marsan and David Morse are wasted in vague, unmemorable roles, making the whole endeavour drearier. There seems to be no one that matches The Virtuoso’s expert skills, despite the fact that Mount is the most conspicuous man in every scene in his all-black outfit and increasingly strange behaviour (all that’s missing is a cap saying “assassin”).

Then there’s Anthony Hopkins. There have been two sides to the recent Oscar winner’s career: intense lead roles that, while not always brilliant, certainly seem like something the actor is passionate about. Then, there’s those prestige cameos that involve one or two look-who-it-is scenes, where his character advises the hero for a few minutes then the actor collects a large salary. He’s done it a few times for Marvel, for Mission: Impossible 2 (John Woo, 2000), for Transformers: The Last Night (MIchael Bay, 2017), and he’s doing it here. Looking mysteriously into the middle distance, he appears in a few scenes to give instructions, and one long uninterrupted monologue that gives The Virtuoso some back story. It’s cynical, and designed to add some gravitas to this unimaginative affair, but somehow only makes it feel grubbier.

There’s really very little to recommend The Virtuoso, a film that contents itself with being a vague approximation of better films that have come before. If Hopkins’ A-list association tempts you to check it out, we recommend waiting for The Father (Florien Zeller, 2020) instead.

The Virtuoso is on Digital on Friday, April 30th and on DVD on Monday, May 10th.

An unflinching look at the reality of advanced dementia, this British movie starring Anthony Hopkins manages to capture both the confusion of the affected and the burden of those nearest to them - on Amazon Prime on Wednesday, January 12th; also available on other platforms [Read More...]

The sequel to Denis Villeneuve's neo-Western from three years ago is a reactionary piece of filmic drivel, teeming with prejudices, glaring falsehoods and sheer American propaganda - now on all major VoD platforms [Read More...]

Are Jihadis bloodthirsty loonies or is there a noble side to their mission? This tête-à-tête duel between filmmaker and Muslim warrior has the answer - live now from the Sheffield Doc Fest [Read More...]