It was this sublime panorama (see picture below), embedded in mountains that expand as far as the eye can see, where one can lay in the grass in summer to watch the gliders; this little corner of paradise nestled in the Alpes-de-Haute-Provence, that got violently pierced through on 24 March 2015 by an A320 from the Germanwings company, voluntarily crashed by its copilot on the Trois-Evêchés massif. This suicide pulverised the 144 passengers (of 21 nationalities) and the five other crew members. The murderous catastrophe brought government heads and media from around the world to the minuscule territory of Prads-Haute-Bléone, and inspired Stephen Loye (a local native and resident) to make The Belly of the Mountain, a very original auteur documentary, revealed in world premiere in the Burning Lights competition of the 52nd Visions du Réel.

How can one artistically tackle, with a fair distance and avoiding investigation clichés (while still presenting at least its ins and outs), such a dramatic news story? Simply by starting from one’s own kitchen and the reflection of the outside within one’s coffee bowl (a beverage that will reoccur in the film), under the watchful eye of a cat in a maisonette where a black marble rolls and falls from a table – a cruel metaphor for Flight 4U 9525 from Barcelona to Düsseldorf, which crashed “we don’t know yet where, but not far.” And by keeping in mind that “when we talk about one death, there’s always another one hiding behind it.” 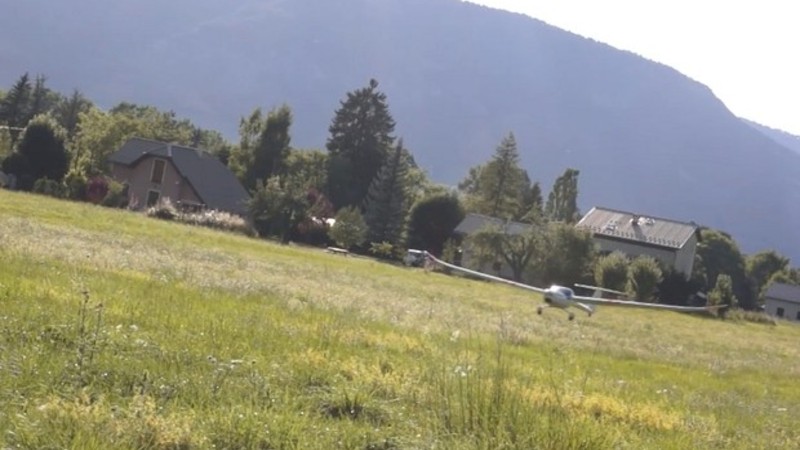 Intertwining archival footage (from diverse television sources and from the Minister of the Interior), sound recordings (from radio news flashes and from a survey carried out around the site of the crash by anthropologist Patrick Romieu), animated sequences, very diverse representations of the region (beautiful static shots in the vast mountain setting, showing small natural details, or subjective cameras from cars along the road), voice over (highly personal) from the narrator and a dozen of testimonies, The Belly of the Mountain weaves together a gripping, rich and exogenous texture. This entanglement of realities and imaginaries manages to explore both the disastrous procession brought about by the event (the mystery of the suicidal copilot’s motivations, the collection of debris from the crash, the press conferences given by the public authorities, Lufthansa and the Bureau of Enquiry and Analysis for Civil Aviation Safety, the tributes and commemorations, the evaluation of the economic cost of one plane crash death depending on nationality, etc.) and all the surprising data that it brings to light, as though the collective unconscious of the territory were coming back up to the surface.

Memories of the Resistance and the German occupation during the Second World War, of other air disasters exactly in the same area, scents of the very particular atmosphere of the year 2015 in a France hit hard by terrorist attacks, an encounter with an Argentinian translator living there and talking about the military dictatorship in her country, connections with Alexandra David-Neel and the comic book Tintin in Tibet with Hergé… Just like the golden ball of 149 facets set up at the point of impact of the aircraft in memory of the victims, the film reveals itself to be a fascinating protean voyage, a sponge work giving the living the freedom to express what emerges from the depths that were shaken by the traumatic shock of the event.

This patchwork, deployed by Stephen Loye with a remarkable cinematic narrative sense, could have lost the thread of its dark subject at any moment due to its abundance of disparate material, but the filmmaker manages to explore it with a mastery of contrasts, without ever losing his strong artistic individuality and his humanity.

The Belly of the Mountain was produced by Ammoni’t Cinema and Baldanders Films. It premiered as Visions du Reel.