Songs my Brothers Taught Me

"Greasy movie"
While not in the same league as Nomadland, Chloe Zhao's debut holds its own merit and reflects the director's distinctive sensibility - on Mubi on Friday, April 9th

The overwhelming global adulation received by the Golden Lion winner and Oscar front-runner, Nomadland, made Chloe Zhao a household name among cinephiles. But her debut feature film Songs My Brothers Taught Me, despite being nominated for the Camera d’Or at Cannes 2015, couldn’t manage to imprint Zhao’s name on cinemascape’s memory. Though not in the same league as Nomadland, her debut holds its own merit and reflects the director’s distinctive sensibility.

A Native American drama, set in the Pine Ridge Indian Reservation in South Dakota, the film explores the bond between Johnny Winters (John Reddy) and his younger sister Jashaun (Jashaun St. John). Johnny is just about to graduate from high school and plans to leave the reservation to go to Los Angeles with his girlfriend, Aurelia (Taysha Fuller). Life has always been tough for the Winters family. We learn that Johnny’s deceased father, a revered rodeo cowboy, had 25 children from nine so-called wives. Needless to say, he was never around for most of his children in their growing up years. Johnny and Jashaun live with their mother Lisa (Irene Bedard) who is an alcoholic and seeks redemption by being devoted to God. Their elder brother, Cody, who is in prison despises her for abandoning them in the past. 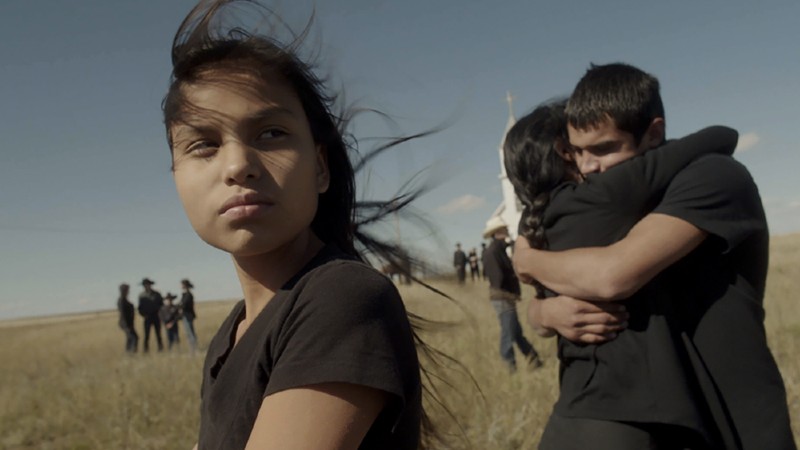 Loneliness, existential dread, and poverty are inescapable on the reservation, leading to depression and suicides. The community is trying to come out of alcoholism and addiction. Johnny illegally distributes alcohol to fellow residents to support his family but eventually has to face the wrath of rival bootleggers. The person most affected upon knowing about Johnny’s plan to leave the reservation is Jashaun. For her, Johnny embodies the role of an elder brother, friend, and protector. Lisa, their mother, fears that Jashaun would have to endure the same fate as hers of growing up without an elder for emotional support.

There are some beautiful tender moments in Songs My Brothers Taught me that exhibit Zhao’s compassionate outlook on life for which she has garnered much-deserved acclaim. The moments of sibling bonding set against the vast landscape of the reservation evoke a sense of nostalgia – aided by a touching melancholic score. Zhao explores the romantic connection between Johnny and his girlfriend with some brilliant Terrence Malick like shots of the golden hour and the beauty of nature.

A promising and emotional debut, the film highlights the value of roots and emotional bonds that connect us. Zhao makes us question the idea of leaving one’s ties for a supposedly better life somewhere else. Is it worth breaking free from the past?

Songs my Brothers Taught Me is out on Friday, April 9th on Mubi.

Older Americans dwelling in their own vehicles travel the country in search of employment, in this poignant real-life drama based on the eponymous book - in cinemas on Monday, May 17th (as cinemas finally reopen) [Read More...]