Jeremy Clarke describes how Peter Greenaway's obsession with various numeric systems has led to the creation of highly complex, multi-layered film pieces that joyfully play with audiences - in partnership with Doesn't Exist

If ever anyone were to make a film about the Dewey Decimal System, it would be Peter Greenaway. He is obsessed with ways and means to classify the world in which he finds himself, systems to organise and make sense of that peculiar world, people’s relationship networks with one another and their movement and actions within that world and those networks.

The first time I came across Peter Greenaway was on the theatrical release in Hammersmith of his three hours plus epic The Falls (1980), made in between his early, self-financed short films of the 1960s and 1970s and his first, more conventional in length feature The Draughtsman’s Contract (1982). The Falls takes its name from entries in the section of a directory beginning with the letters F A L L e.g. Orchard Falla, Constance Ortuist Fallaburr, Melorder Fallaburr. The directory chronicles survivors of a Violent Unknown Event, VUE for short. The VUE is never explained, but its effects are documented. It gives rise to more categories, for instance dividing people into four sexes (female man, male man, female woman, male woman), causing them to speak in various languages specific to the VUE and, in specific cases, separating them into three categories of dreaming.

The directory uses a set of 10 photographs in order to provide pseudonymous identities for those subjects who wish to keep their biographies secret. There are 92 entries in all (just as there were 92 maps in A Walk Through H (1978) and will be 92 suitcases, 92 characters and 92 Objects That Represent The World in The Tulse Luper Suitcases trilogy, 2003-4 and assorted accompanying films and multimedia projects). The Falls is probably the closest anyone has ever come to filming a compendium or a dictionary. If you want to see a film of a library, look no further than Greenaway’s later Prospero’s Books (1991).

Clues as to the nature of this obsession with lists, cataloguing and categories can be found in the titles of many of Greenaway’s films. H Is For House (1973) links the alphabet and architecture. Dear Phone (1976) combines the first word of a written letter with a device for speaking to another person in real time. A Walk Through H suggests a journey intersecting with a letter of the alphabet. The Draughtsman’s Contract links the profession of drawing with a legal artefact. A Zed And Two Noughts (1985) invokes the alphabet and the combining of letters into words. The Belly Of An Architect (1987) imposes a body part used for food consumption on a profession which conceives and produces buildings. Drowning By Numbers (1988) constructs a numerical grid upon a fatal action. The Cook, The Thief, His Wife And Her Lover (1989) lists serial characters in an ordered, rhythmic manner.

A TV Dante (1989) frames the Italian poet within the small screen. Prospero’s Books explores a Shakespearian character via pages bound into volumes. The Tulse Luper Suitcases juxtaposes a name with a receptacle used to pack clothing and other personal items for travelling. Eisenstein In Guanajuato (2015) and the upcoming Eisenstein In Hollywood place a famous name in a geographical location. 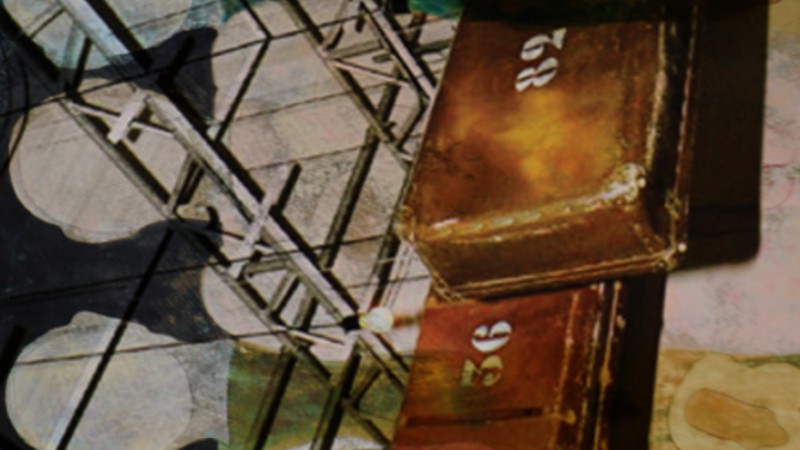 System within the system

Behind the titles, within the films themselves, there are a lot more classificatory systems. Windows (1974) sprang from reports of political prisoners in apartheid South Africa “falling out of windows” which sounds like voluntary acts when that clearly wasn’t the reality behind such descriptions. Here there are two defining grids: one, a series of windows (in an 18th century English country house Greenaway knew intimately) and two, several lists grouping together the types of people who had fallen out of them. One window had children looking through it, another frames a seamstress in the garden beyond, but most are simply static shots of windows. The lists of fallings however are littered with other verbal categories – age (child or adult), seasons (Spring, Summer, Autumn, Winter) and motivation (did they jump or were they pushed?). Of course, there’s only so much you can do in four minutes.

The films got longer, with A Walk Through H and Vertical Features Remake (both 1978) clocking in at over 40 minutes before The Falls’ breached three hours. After that, Greenaway’s features average at about two hours although his Tulse Luper trilogy is basically three times two hours back to back, so six hours, with a fourth film as a two hour condensed version. The films have grown in complexity as Greenaway has learned to handle more complex information classification systems within (and occasionally even outside) the form.

His half hour Thames TV documentary Act Of God – Lightning Survivors (1980) demonstrates his whimsy in choice of category. What other documentarian would categorise lightning strikes by such seemingly random criteria as: time of day, which day of which month, your height or whether you were holding anything?

The Draughtsman’s Contract represents his first real attempt at narrative storytelling with actors. He uses grids, drawing, architecture and garden design as storytelling devices, with legal ideas thrown in for good measure. The Belly Of An Architect has architecture, exhibitions and the protagonist photocopying his stomach.

The Cook, The Thief, His Wife And Her Lover inaugurates a whole set of visual indices via its production design with vast open plan warehouse style sets – a car park, a restaurant kitchen (green), dining area (red) and mixed toilets area (white). It makes great use of characters processing from one vast set to another which can be seen as a visual, almost subliminal set of reference points in which Greenaway constructs a variation of his unique vision.

The next game changer in Greenaway’s career is the Channel Four series A TV Dante (Cantos I to VIII) (1989) which originated with the work of painter Tom Phillips based on Dante’s Inferno. Co-directed by Greenaway and Phillips, it effectively liberated him from the constraints of narrative cinema. The Falls never fitted that model anyway. There are further seeds of what Greenaway does here in early short Water Wrackets (1978) which owes much to the natural history documentary format, and A Zed And Two Noughts which makes significant use of David Attenborough documentary film clips. 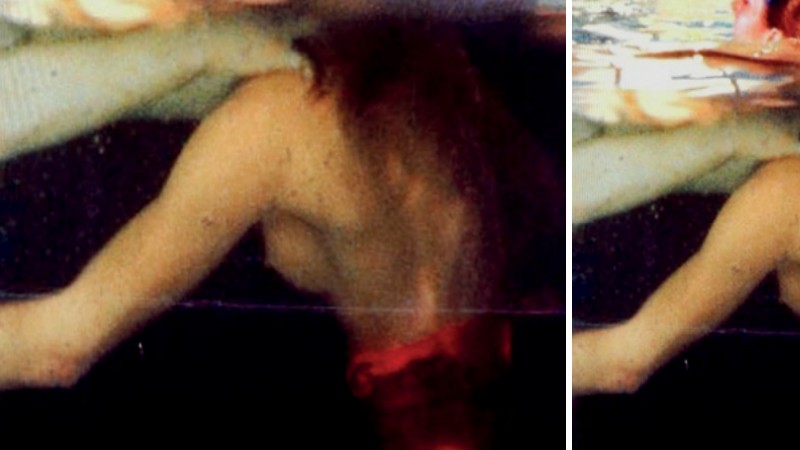 As you’re watching images accompanying Dante’s verbal text spoken by actors facing the camera as small screen talking heads, Greenaway starts playing with all manner of (then new) video editing technology. Little boxes appear within the screen to serve much the same function as footnotes in the written text of a book. Suddenly a frozen David Attenborough face will turn into video talking about a Leopard shedding light on an aspect of Dante’s verbal text then freeze when it’s said its bit, something with which were familiar today from YouTube and its ilk but which was utterly groundbreaking in 1989. A TV Dante employed a whole series of such experts to comment on particular aspects, among them Tom Phillips, classicist David Rudkin and historian Patricia Morison. Elsewhere, within the 4:3 TV frame, images were laid over other images. The screen itself and the editing within the visual frame were becoming another classification system for Greenaway to order, categorise and clarify his images.

His next feature Prospero’s Books, an adaptation of Shakespeare’s The Tempest, combined the vast warehouse sets and the characters progressing through them of The Cook, The Thief with the contemporary video editing technology of A TV Dante to drop sometimes animated images of a series of the books from Prospero’s library into a rectangle screen centre. The effect is extraordinary on a bigger budget than A TV Dante and arguably pushes the boundaries of cinema further than either of the 1989 films.

Yet it’s the innovation of A TV Dante made possible everything that followed. Greenway has continued to push the envelope in many areas. Coming into the 21st century, The Tulse Luper Suitcases has such devices as slanted angle narrative timelines travelling left to right across the screen while various other elements played out. That project again broke out of the confines of cinema into the multimedia website Tulse Luper Journey (http://www.tulseluperjourney.com)

His Rembrandt biopic Nightwatching (2007; pictured at the top of this article) contains an extraordinary scene of the artist drawing his dying wife only to discover that he has drawn her alive but she has died on him while he was doing so. The classification system has completely failed to deal with one of the most significant events in life, that of a loved one’s death. Goltzius And The Pelican Company (2012) restages six Bible stories as six sexual taboos and has actors speak lines which write themselves on the screen behind them.

Greenaway is still classifying, cataloguing and listing, it seems.

This piece was produced in a partnership between DMovies and Doesn’t Exist Magazine – purchase your copy now. All the images in this article are taken from the print publication.

Cinema meets fashion: The smell of the Quay Brothers