"Dirty gem"
Take a lengthy look at the career of Kevin Smith, the charismatic and upbeat director of the highly successful indie comedy Clerks - from SXSW

Documentarist Malcolm Ingram is Kevin Smith’s friend. He is probably best known for his LGBT docs Small Town Gay Bar (2006) and Bear Nation (2010), both films produced by Kevin Smith. Smith got Ingram into making films. This is not a hugely impartial movie, but instead an overt celebration of the 50-year-old American filmmaker.

This fairly straightforward story starts with Smith as a kid in a working-class small town in Jersey and ends with Jay and Silent Bob Reboot (2019). The result is a great story about a guy who under most circumstances would never have made it, but who was just savvy enough to figure out that he could create something with the little he has around him: funny friends, their conversations and a cheap space. They came up with a very frank film about dick and fart jokes, Star Wars and sex, all set in the convenience store where he worked. He lucked out, especially since John Pierson saw Clerks (Kevin Smith, 1994) and was one of the first people to champion the film.

Smith has created his own niche. He is as much a character as the characters in his movies, and all of his films are connected. Here there are interviews with family and friends, actors, and filmmakers like Richard Linklater and Jason Reitman. Surprisingly Tarantino is absent: the two directors are quite close. It covers pretty much everything from Smith’s films, plus his relationships with his wife and kid. They also go into the Weinstein rape ordeal. According to an interview with Ingram, Smith was adamant about including it, and a reluctant Ingram eventually agreed. Clerks II (2006) was the last film he did with the Weinsteins. 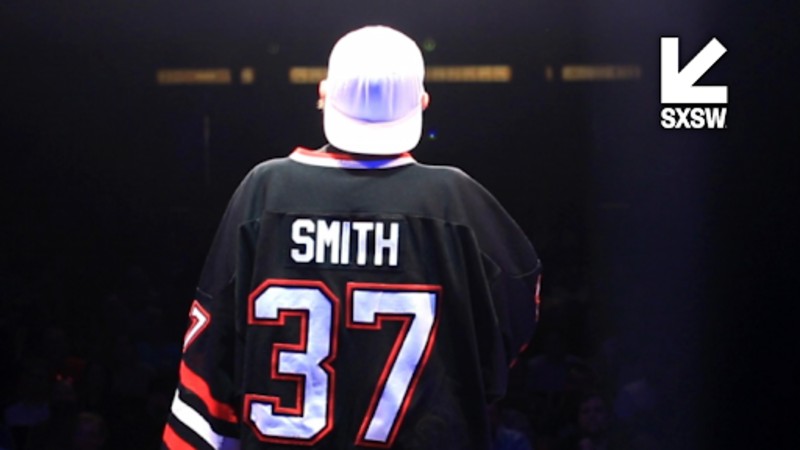 The film also discusses his heart attack, and his drive to survive. It also reveals that a friend sent him some information about an effective diet, and eventually his daughter convinced him to go vegan. There is some excellent archive material: it starts with a video he shot for his parents before he went off to Vancouver Film School. Smith has always worn his heart on his sleeve. He is the kind of guy who would never say no to a photo or autograph. He’s always had time for his fans. He’s a also great speaker, funny and eloquent. He released a four-hour movie in which he talks non-stop: An Evening with Kevin Smith (JM Kenny, 2002).

If you’re a long-term fan there may not be be a lot that’s new to you, particularly if you’ve been listening to his podcasts or following him on social media. Smith has always been incredibly open about his life. Still, it’s nice to hear how his peers view him, and to revisit some of the key moments of his life. All of his films are relatively easy to watch, with a sweet, positive message.

Clerk is a very enjoyable watch, and one of the best films this year at SXSW.