"Filthy genius movie"
"The Best British band to come out of the US" have an impressive career spanning five decades, and this rockumentary gives the eccentric duo just the right treatment - in cinemas on Friday, July 30th

Sparks are a band like no other, and they don’t fit any specific genre. Founded in the late 1960s, Sparks were originally called Halfnelson and were centred on the creative core of brothers Ron and Russell Mael. After their second album came out, Sparks did a tour of the UK and began a small cult following in London. Although they were not a glam band by any stretch, that theatrical rock scene in the UK helped to get them going. One of the long-running jokes about Sparks is that “The best British band to ever come out of America”, because almost all their influences were from the British Invasion bands of the ’60s. They also sound vaguely British. You just can’t quite place them with precision.

The documentary is from British director, Edgar Wright, who also directed Shaun of the Dead (2004), Scott Pilgrim vs the World (2010) and the upcoming Last Night in Soho. This is Wright’s first documentary, and the result is a long but very entertaining two hours and 15 minutes, and one of the best music documentaries I have ever seen. The outcome is an album-by-album story with every side project they’ve ever done. Sparks have made 25 albums in a career spanning five decades, hence the length. No fans will be able to say: “why did you leave this out?”

At the centre are the two very odd characters themselves, the brothers. Ron, author of most of the music and lyrics, writes all the songs from his own point of view but his brother Russell is the one who sings them. That arrangement alone makes the band an odd set-up especially with Ron’s very idiosyncratic point of view. They’ve had some hits, mainly in the UK and Germany as they never had a top 40 hit in the US. Sparks were a big influence on everything that came after, though: the punk and the new wave bands loved them. They’re not a comedy band, but they do write hilarious songs. 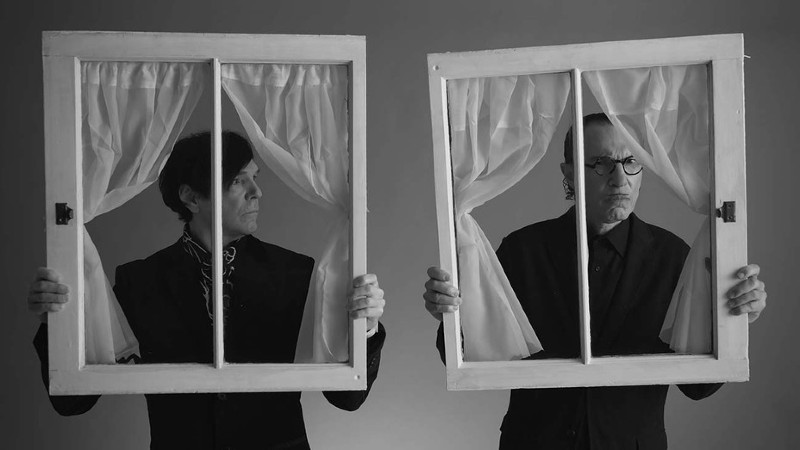 The interviews Wright chooses are truly solid. They include people Sparks have worked with, like Jane Wiedlin, Todd Rundgren and Giorgio Moroder. Then you have everyone from Weird Al Yankovic and Patton Oswalt to Stephen Morris and Gillian Gilbert from New Order, Neil Gaiman and Thurston Moore. You might not think of Sparks and Moore together, but if you listen to the early Sparks you realise they were a big influence on Thurston’s guitar playing in Sonic Youth. It’s a good mix of people from all over the map. There’s also tons of great archive stuff. Ron’s a big film nerd, so it’s probably from his personal archive.

The Sparks Brothers gets into one of the strangest non-collaborations that ever happened. Sparks always wanted to make a film or score a film with their songs. They purchased the rights to an manga called Mai, The Psychic Girl, and at some point Tim Burton became involved, shortly after Edward Scissorhands (1990). Eventually he left to do Ed Wood (1994) and other work, and that was a real blow to Sparks. Frances Ford Coppola got involved for a while, too. The little-known pieces of information make this an excellent documentary.

French filmmaker Leos Carax has just finished a musical with Sparks, who wrote the script as well as the the score. For a band that has had some serious ups and downs, having two movies you’re involved with come out in one year shows they are as vital as they’ve ever been. The Sparks Brothers is both funny and entertaining. It works as a perfect introduction to the band. If you’ve heard a couple of the albums before, you’ll be downloading the ones you haven’t heard right afterwards.

The Sparks Brothers played at SXSW. It premiered earlier this year at Sundance. In cinemas on Friday, July 30th.

Biopic of Alan McGee, the co-founder of Creation Records who changed the face of British music, is just as messed up as the man it portrays - on Sky Cinema on Friday, March 19th [Read More...]