British-based filmmaker Ed Morris leaves behind advertising and music videos in order to find a bigger canvas; he talks about his debut feature How to Stop a Recurring and how Brits are "hung up" on certain topics, in an exclusive interview.

A background in advertising, directing commercials and music videos for bands such as Massive Attack, Ed Morris’ debut feature, the British set family drama, How to Stop a Recurring Dream (2021), is a road movie that leans towards social realism, with a tone of the surreal.

The already fragile bond between two half-sisters, Yakira (Ruby Barker) and Kelly (Lily-Rose Aslandogdu), is tested further when their parents, Paul (Jamie Michie) and Michelle (Miranda Nolan), announce an imminent split-custody separation. For Yakira, the elder sister, it means moving to the other end of the country with their father. In an attempt to reconnect with her younger sibling, she kidnaps her and takes to the road to visit her mother’s grave.

Morris previously directed the now-banned documentary, This Is Not – An Interview with Tony Kaye (2013), an open conversation with the director of American History X (2013), whose antics branded him a controversial figure in Hollywood.

In conversation with DMovies, Morris discussed his love of films that fuse together the blockbuster and the arty, treating the film shoot as an assault course, and not wanting to get hung up on social realism.

Paul Risker –
Why filmmaking as a means of creative expression? Was there an inspirational or a defining moment for you personally?

Ed Morris – It’s a good question, and it’s one that I probably haven’t gotten to the bottom of, but I can tell you this, I’m not really a film buff. If we sat here and started talking film you’d probably get to realise fairly quickly that I’m not that conversant on it, but I do know what I like. What I’m interested in is storytelling, and the structure of story and writing has always fascinated me.

I came into it that way and through directing all sorts of things, and just wanting a bigger canvas through which to express something bigger. I hope that you think the film is psychological to some degree, or thoughtful, and I hope you’re effected by it because that’s what I’m in it for.

PR – Would you agree with the idea that a movie is different from a film, and if so are you leaning towards the latter?

EM – There’s a huge distinction. I love Ghostbusters (Reitman, 1984) and I love Jaws (Spielberg, 1975), whatever it might be. They use certain tricks and they’re deliberately entertaining, and then at the other end you’ve got what you would call arty films, but I like that place in between where you maybe have the work of the Coen Brothers.

I looked at a lot of indie films before I made this to try to set a realistic ambition, because this is a very small film. We’ve been put under a bright spotlight because of Ruby’s emergence into fame with Bridgerton (2020). I looked at Brick (Johnson, 2005), which I thought was excellent, and those films made on a shoe string that are very good, and although you would describe it as a film, it borrows from movie tricks and techniques.

I’m always intrigued by films that fuse the two in some way, or use what there is at hand to make something intriguing. I always like to be surprised, and I remember seeing Eternal Sunshine of the Spotless Mind (Gondry, 2004). [Charlie] Kaufman’s scriptwriting is interesting just for that, and Being John Malkovich(Jonze, 1999), is it a big movie or is it a tiny movie? It found a different voice, or a new skin through which to deliver a message, which is interesting. 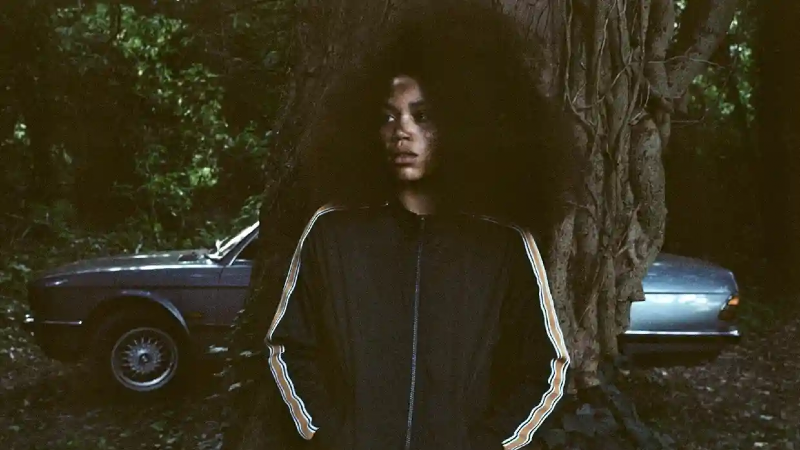 PR – Do you think we focus on the opposites of the spectrum, forgetting about the grey in between that’s populated with so many visions, ideas and interpretations of what cinema can be?

EM – Exactly, and I didn’t want it to land in a particular style of film, or be too on the nose. As I was making it I was thinking about social realism and the feel of that, and how it would present itself had I gone headfirst and changed the writing to make it work as a piece of social realism. It’s not what I wanted it to be and the Brits are very hung up on that. It’s either period dramas or seeing kids on a council estate with an alcoholic mom, and I didn’t want to be there. I wanted the film to be deliberately entertaining, and it’s a first film to demonstrate that I am at grips with writing and structure, and being able to put something on the screen that people want to watch. It’s ultimately a feel good movie.

PR – My initial response to the film was that it keeps us off balance with the mix of a road movie leaning towards social realism, alongside the surreal that teases what’s real and what’s not.

EM – The film does fly about, even literally how I edit towards the end, building up through a crescendo of cuts between ‘A’ story and ‘B’ story. You have this family split into two and then Ruby loses Kelly, and so they’re split into two, and then the mum and dad split up. It’s a typical four people together that split up, and then they all come together again.

It has some pattern and shape to it, and what I’m riding is the notion of plausibility, which is interesting, but not giving too much away. Ambiguity is a very powerful thing in characterisation and storytelling, and in life in general. If somebody is completely understandable, they’re often very boring, and so you’re using ambiguity, but you’re using it in a layered way – literally as what’s on the screen, and from moment to moment, what genre am I in? You’re also using that to accentuate what the characters themselves are going through, and I wanted the audience to come out of the first act feeling uneasy.

Yakira goes through a series of rejections and I wanted there to be a very definite unease in the film that’s resolved. … I’m trying to make the film visceral and to demonstrate by feeling to the viewer what the characters themselves are feeling in the moment.

PR – Does ambiguity create a space for the audience to enter a film?

EM – When you’re writing or filmmaking you never want to show exactly what needs to be shown. What you’re showing is a series of reliefs. It’s like drawing, and when you create the shape of a vase or a sphere, by showing the shadow on one side, the highlight is a relief because there’s no actual sphere on the page. You’re drumming around the beat, you’re using tricks and techniques to imply, and I always think what’s implied is much more powerful. The way you engage people is that they’re doing the colouring in, they’re seeing the shape, and so be as implied as you can be. 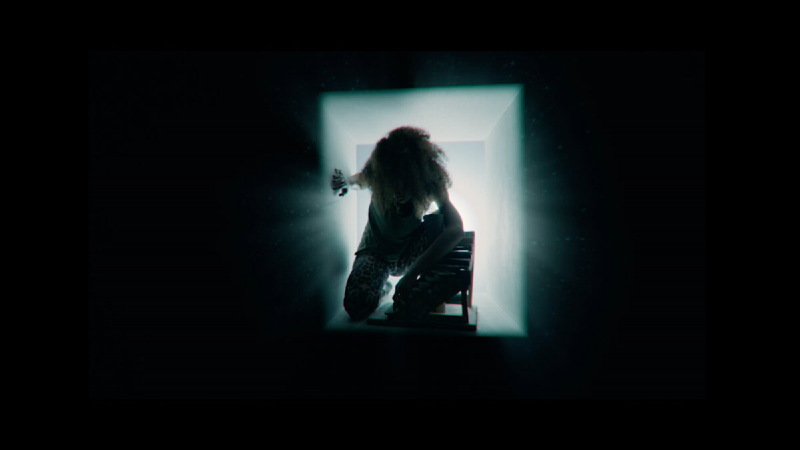 PR – On the subject of the camera as the filmmaker’s tool, how do you approach its use to capturing your vision for the film?

EM – The DP on the film was Ivan Bird, who shot Sexy Beast (Glazer, 2000). When you’re shooting the speed we had to shoot at with so much to do, we were approaching it like it was an assault course. There isn’t a lot of time to discuss angles, you’re running from setup to setup, and so you need a cameraman who can just land the camera.

Ivan had the good idea to use a monopod because you could just pick it up and move it to change the shot. So there’s movement, but it’s minimal movement, so often it looks very still, and then we went handheld when it was appropriate. We stuck to a simple range of lenses, one or two that we used throughout because we didn’t want to put more pressure on the edit. We wanted to keep things simple for ourselves. We kept to eye-line most of the time, a simple adherence to very basic but good cinematographic rules and guidelines that will keep you on the tracks most of the time.

PR – Would you describe the film as an unfolding journey of discovery as you move through the writing, the shooting, and the editing?

The score is by Nikolaj Torp Larsen, who is in the band The Specials. He took the title of the film and he just played it as a bass-line: how-to-stop-a-recurring-dream. Now if you go back and watch the film again, the opening scene plays that bass-line and the theme holds the whole thing together, and through some tricky moments because we cut sporadically from ‘A’ story to ‘B’ story. If you watched it without music, you would see how jumpy it was, which was a great concern. The music and that bass-line wrapped it all up and put a thread through it, which worked very well.

The director’s job is to ultimately have a sense of that thread and vision early on. Then you better well bloody stick to it, and be willing and flexible enough to recognise what will contribute to it that you hadn’t thought of as you go along.

How to Stop a Recurring Dream

Older sis runs off with younger sis on a very peculiar mission, in this British blend of road movie and kidnap thriller - available now on Digital [Read More...]

We hold our breath fearing the fragile dream of the young dancer in this impassioned love letter to the aspirational journey, set in Tokyo’s urban dance scene – from the Fantasia Film Festival [Read More...]