Giona Nazzaro, the new artistic director of the Locarno Film Festival, is teeming with optimism, enthusiasm and new ideas for the prestigious event, which could be the first of its type to return to physical format this year - in exclusive interview

There is light at the end of the tunnel. Most Western European countries are now very gradually and very cautiously lifting lockdown measures, and there is abundant faith that we will resume some semblance of normality this summer, at least in some smaller places such as Locarno. Giona Nazzaro, the newly-appointed artistic director of the second oldest film festival in the world, has a positive message for filmmakers, industry professionals and film lovers alike. He is confident in the ability to hold the Festival in bricks-and-mortar format this year, inside a real dark chamber – just as cinema is intended to be.

Victor Fraga, the editor of DMovies, spoke to Giona Nazzaro in a Zoom meeting. He was sitting in front of a plush leopard print, as in the Festival’s mascot [pictured below]. To my disappointment, the background was just a PDF image; I was indeed tricked into believing it was a glamorous decorative piece in Nazzaro’s lounge, until the hard truth was revealed to me at the end of the call. The Swiss-born, native German speaker describes himself as “Italian”, and ascertain that Switzerland is very cosmopolitan and integrated within the EU, without concealing his profound dislike of Brexit. Nazzaro has a calm and stern demeanour, yet he becomes very passionate and assertive when discussing the new industry opportunities, an explaining why the word “hybrid” no longer means anything!

Victor Fraga – You have a relationship with Locarno dating back to 2009. Can you please tell us how this marriage blossomed?

Giona Nazzaro – It’s really easy! I was invited to Locarno by one of the previous artistic directors, Fréd Maire, through the intersection of Carlo Chatrian. They invited me to Locarno in order to moderate the German Q&As, press conferences and also to deal with the German, Austrian and Swiss delegations. That was my first gig. It took off from there. One of the great memories that I have from Locarno was working with Carlo Chatrian in one of the retrospectives. After Fréd Maire, I stayed when Olivier Père became the artistic director, then Carlo, and so on!

VF – There is a lot of confidence that Locarno will take place in situ this year, and it might be the first a-list festival to achieve such an accomplishment. What measures (including contingency measures) have you got in place in order to ensure this happens?

GN – We are planning for a full-scale physical edition and we are working accordingly in order to implement the safety measures set by the federal sanitary authorities in Switzerland. We have seen that it is possible to hold a festival at pandemic times, like Venice, San Sebastian and Zurich proved quite eloquently. I think that festivals in small places – where you can control the audience, trace them and closely follow safety measures – are better off. We haven’t moved our dates [August 4th to 14th]. We’re working full steam ahead. The announcements will follow soon. 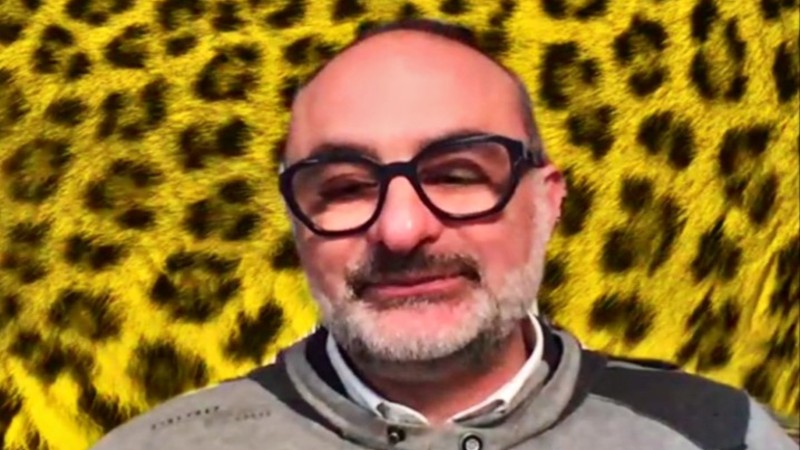 VF – Are there any targets for this year (number of films, number of admissions, etc) that you could share with us at this stage?

GN – We scaled down the number of people that will come. We still need to tread carefully. We won’t be able to welcome the usual 8000+ figure to the Piazza [pictured at the bottom], but instead 4,000 people. We will divide the Piazza in different sectors. We will allow people to come and to meet progressively.

I hope we will attend screenings with a mask.

VF – Will there be social distancing?

GN – It might be be every other seat. This is becoming yesterday’s news because the vaccine programme is moving quite steadily in Switzerland. Why would you need distant seats if people are vaccinated?

VF – So there’s hope no social distancing might be necessary inside the cinemas?

VF – Once the pandemic is over, should A-list festivals such as Locarno return to physical-only format, or should they remain hybrid?

GN – This is a very interesting question and we must be very clear about this. I don’t think “hybrid” means anything anymore at all. In Locarno, we are developing a completely different strategy. There will be the core of the Festival, the 11 days of the Festival. Then throughout the year we will have the rest of our activities – Locarno Kids, L’immagine e la Parola, the different activities from our industry hub, and so on – in this new digital hub, which we are planning, developing and structuring ourselves. We want to be present for the film industry throughout the year. This is not because of the pandemic. We started doing this before the pandemic struck.

Quite honestly, if a festival takes place online, it’s not a festival! Call it what you want, but it’s not a festival! I’m not saying it’s a bad thing. It’s just not a festival. Festival comes from Italian “festa”, or French “fête”, and even English “festive”. A festival is an expression of the community. Cinema is a collective experience. You might get angry at your neighbour for crunching away his popcorn. You might not want to have him next to you, but that’s it.

Watching the films on a laptop in the frame of a festival, or watching it on a television is something different. When it comes to business, it’s completely different when you can evaluate the person in front of you: sales agents, producers, distributors, you name it. What I’m saying is: Locarno will fully address the needs the ever-developing film and audiovisual communities are going through, but don’t call it hybrid. We are already hybrid. Every time I send an emoji – happy or frustrated – that’s a hybrid reaction because I don’t have the person in front of me. They might be in Eastern Europe of South America.

VF – What about people who can’t fly to Locarno due to the pandemic. Will they get online access to the movies?

GN – We are currently evaluating the situation. There will be opportunities for people requesting an accreditation, as well as for potential buyers, to watch the film. It’s still embryonic. 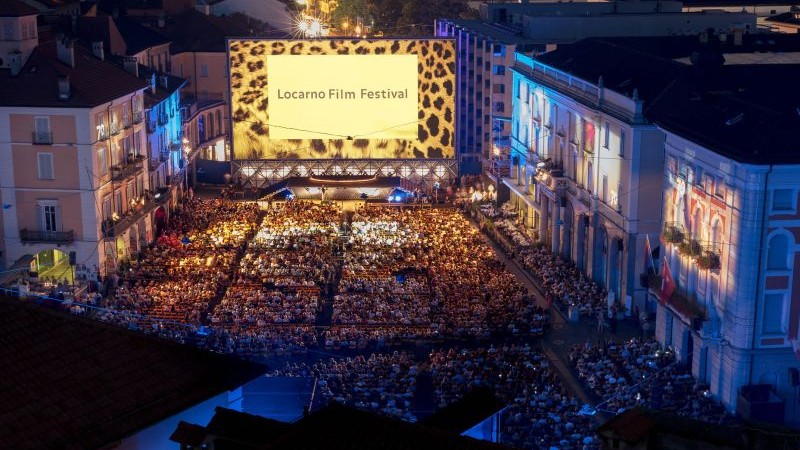 VF – What are your personal aims and ambitions for Locarno in the long term?

I’m a music fan. It’s like being a record label that puts out a selected number of very fine printed records over the years. That diversifies the business model, allowing you to buy the same record in flag file, in MP3, whatever. We are fully aware of the transformation of the whole audiovisual industry. The real change is to move forward with a plan.

VF – You are doing a retrospective of a largely unsung hero of Italian cinema, Alberto Lattuada. Please tell us how this came about?

GN – When we did the Titanus retrospective, there were a couple of Lattuada films that triggered extreme curiosity in the cinephile community: “How come we didn’t know more about him?”, “How come we don’t know his films”? He’s an extreme eclectic director, he did not develop some auteur mannerisms, such as with Fellini and Antonioni. He loved to challenged himself by constantly changing his visual approach. He loved to experiment with genre cinema. He managed to have a very good relationship with the Italian audience, but the critics struggled to understand what he was doing. An auteur was doing the same film all the time. Alberto Lattuada did 33 feature films, all completely different from each other. He constantly challenged his creativity.

VF – This sounds a lot like Locarno itself. The Festival is defined neither by genre nor by one specific film practice, and it constantly challenging creative concepts!

GN – We are trying to reshape Locarno, which is perceived as a quite radical auteur, experimental-oriented film festival. I would love to keep the edge, while also adding new nuances to this perception. I would love to push Locarno in a more audience-friendly direction. A direction which would allow us to interact more creatively with the industry protagonists: sales, producers, distributors and so on. Popular doesn’t mean populist. All the great filmmakers have been popular filmmakers. From John Ford to Fellini, you name it. That’s the idea: to broaden the appeal of the Festival, and to try to attract players that do not think of themselves as Locarno material.

The message is: come to Locarno, we’re open for business!

VF – Let’s talk about British cinema in Locarno. Please share with us the biggest achievements/ highlights or even curious anecdotes since you joined?

GN – I pay very precise attention to the British film production. Maybe you are familiar with what I did in Venice for years at helm of the Critics’ Week. I am in a constant conversation with people in the UK. I have already scheduled meetings with key players this year. I am extremely interested in upcoming British talent.

VF – Brexit has now come to fruition. Will that affect the relation between British and European cinema? Are there lessons to be learnt from Swiss cinema, which has thrived outside the EU?

GN – Oh my God. Look, there is absolutely nothing to learn from Brexit. Brexit was a scam brought forward by Nigel Farage and his stooges.With regards to Brexit, I stand with Elton John. The UK was one of the strongest partners and voices in the EU. As usual, it’s always the fault of the dirty foreigners! Don’t get me started.

The Swiss confederation has a completely different attitude, and the situation is not comparable. Switzerland is still cooperating with its neighbouring countries. We speak the languages on Italy, France and Germany. And we have our own language. The situation in Switzerland is fully integrated into a wider European context, with its own identity.

VF – What’s your message to both nascent and established filmmakers who want to take part in Locarno 2021?

GN – The doors are open. Send us your films!

VF – Do you have any uplifting and inspiriting messages to struggling filmmakers who have not managed to complete their film due to the pandemic?

GN – Last year we did the programme The Films After Tomorrow. We did not have a physical festival the way we wanted, but we put this programme in place, with a competition for films that needed to needed to be finished, and required financial support. So we already put programmes and strategies in place in order to support struggling filmmakers. This year, we are looking at other support instruments that we can put implement in order to help people who are going through very rough times.

The Locarno Film Festival will take place for 11 days, between August 4th and 14th. DMovies will cover the event in loco and exclusively for you.

Victor Fraga is a Brazilian born and London-based writer with ...

Delivering the right film festival, at the right time

Olivier Père, the director of Arte France Cinéma, talks about the latest edition of the online European Film Festival ArteKino, gender parity, the impact of Covid-19 on arthouse films, and much more, in exclusive interview! [Read More...]

As the UK leaves the European Union, we look at 10 recent movies that investigate the phenomena that triggered Brexit, and reflect upon the future of our nation [Read More...]