The Wheel of Fortune and Fantasy

"Dirty gem"
This Japanese trio of short stories explores the power of the past in inventive ways - Silver Bear winner is on all major VoD platforms on Friday, July 1st

Making its debut at Berlinale is Japanese drama Wheel of Fortune and Fantasy, a triptych of stories about people who meet through remarkable twists of fate. In Episode 1: Magic (or Something Less Assuring), a model named Meiko (Kotone Furukawa) deduces that her best friend’s new lover is an ex-boyfriend. In Episode 2: Door Wide Open, a bitter student blackmails his friend-with-benefits Nao (Katsuki Mori) into seducing a celebrated professor (Kiyohiko Shibukawa) as an act of revenge. Finally, Chapter 3: Once Again introduces us to Moka (Fusako Urabe), a middle-aged woman who meets a face from the past after travelling to a school reunion.

Films made up of separate stories have to potential to appear disconnected, but while these episodes may have very different contexts, the thread is there to see. Director (Happy Hour and Asako I & II) is interested in the way we address the past, keep secrets, and the way we love. He uses chance meetings and unrelated catalysts to draw out revelations from his characters, making each exchange feel like a firework display even if the narrative is made up of conversations.

We see jagged, toxic connections, such as when Meiko arrives unannounced to her ex’s workplace to throw a curveball at his new happiness; contrasted with the tender regret of Natsuko, whose chance reunion brings up pain that she never truly let go. Emotions take precedent over blame, as each character portrays the complexities of relationships. It would be easy to scorn promiscuous parent Nao as she tries to spring a ‘Honey Trap’, but as she realises there may be some connection with her target, the reasons for her behaviour spill out. It’s not pretty or clear cut, but it does feel honest. 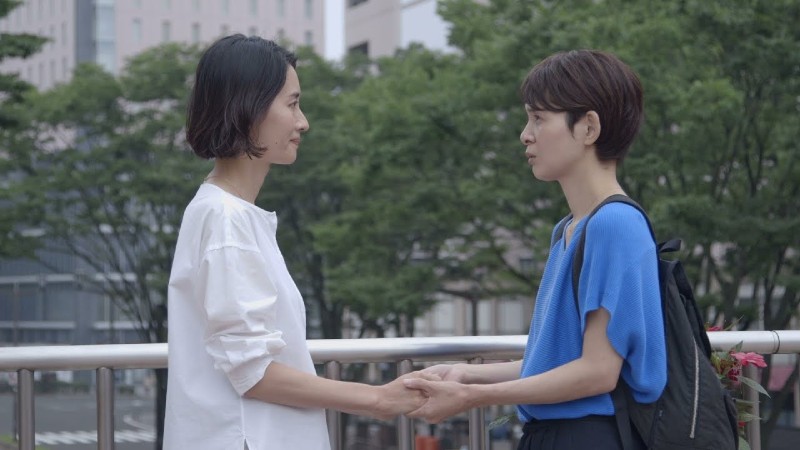 All three segments also dissect that interesting moment in life where your choices begin to cement and the endless potential of youth seems to fade. None of the characters are necessarily old, but old enough to have stacked up the events of their life and wondered why they don’t feel more satisfied. There are also unusual contexts, such as Once Again’s set up, where a mass computer virus shuts down the internet and sees everyone living analogue lives. Everything seems designed for introspection, making each chapter an interesting crossroads in the lives of people we will only know for a short time.

The Wheel of Fortune and Fantasy premiered at the Berlinale. It shows in October at the BFI London Film Festival. In cinemas on Friday, February 11th (2022). On all major VoD platforms on Friday, July 1st.