It’s in a seemingly picture-perfect corner of France, replete with a peaceful little village, a beach flanked by spectacular cliffs which contemplate the immensity of the sea and copious countryside dotted with cows – but which actually turns out to be a region wrestling with deep social distress – that Xavier Beauvois has decided to set his new work, the emphatic film Drift Away which was unveiled in competition at the 71st Berlinale.

Having previously ventured into the police universe in the urban setting of The Young Lieutenant (2005), it’s now the turn of the gendarmerie (aka soldiers) to provide the director with a storyline for a rural environment. Displaying a clear understanding of uncluttered narrative and subtle signs (which ultimately translates into a sophisticated simplicity), Beauvois uses this narrative thread to create a film which simultaneously explores the trajectory of a man of action and order who suddenly loses control, the inner circle of his loving family, the habits and customs of his professional community, a portrait of a seriously fractured French society, the distant ocean horizons and the prospects of an uncertain and perilous rebirth.

As far as Laurent (the impeccable Belgian actor Jérémie Renier) is concerned, the picturesque little town of Étretat is like a garden to him. He’s a son of the soil who returned to the area to carry out his duties as a gendarmerie brigade commander, and who has been living a happy family life here for ten years now, alongside Marie (Marie-Julie Maille), with whom marriage is on the cards, their little girl Poulette (Madeleine Beauvois) and her grandmother, who re-connects with her roots in the sea fishing industry which sees fishermen working in Canada and Newfoundland for months at a time. 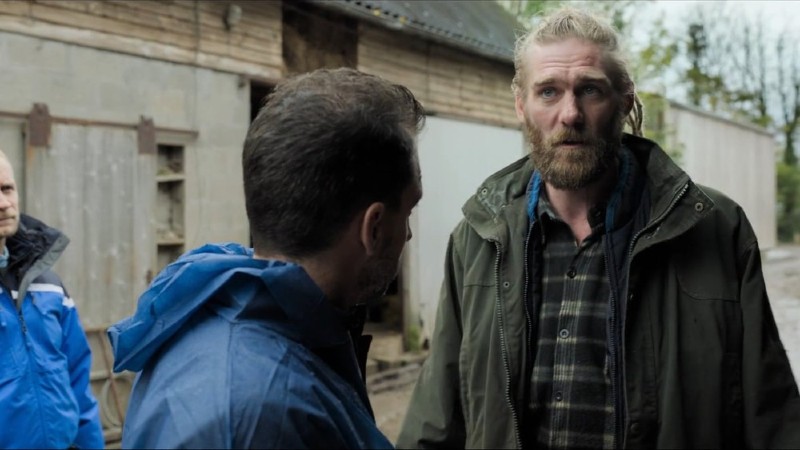 Daily life within the gendarmerie (which is adjacent to his home) is far from rosy, with its many suicides, incest cases, thefts and youngsters killing each other on mopeds, not to mention the gendarmes’ nightly rounds, but Laurent leads a very compartmentalised, well ordered existence and feels perfectly at ease with his teammates Quentin (Victor Belmondo), Carole (Iris Bry) and Pierre (Olivier Pequery) whose points of view he respects despite occasional differences in opinion. But the misfortunes of his farmer friend Julien (Geoffrey Sery), who is trapped in a financial vice, will lead the gendarme to change tact and switch to the other side, in a spiral of confusion, guilt-ridden failure, stunned astonishment and solitude which will test our protagonist’s endurance to its limits…

Written with great precision (by Xavier Beauvois, Frédérique Moreau and Marie-Julie Maille) and directed with the same sense of clarity, Drift Away comes together like a puzzle whose individual pieces each have a very clear meaning, despite their outward appearance, and slowly slot together to compose a far broader portrait than first imagined. Family, friendship, shared moments, contained emotions which explode at turning points in our lives, the individual and the wider world: much like Hokusai’s print The Wave which is hung on the wall of his house, Laurent’s empathy-filled existence is a frail skiff amidst raging elements, characteristic of a modern-day world shot through with unjust social and economic violence. The filmmaker depicts these depths with a pointillist – verging on documentarian – realism, without ever losing track of the “sentimental” soul of this highly restrained fiction film, which sees nihilism and hope go toe to toe in a world where humankind must find new meaning and a new path.

Drift Away is showing in Competition at this year’s virtual edition of the Berlinale.