"Greasy movie"
Documentarist investigates the ideology of notorious deafblind activist, which the American establishment tried to sweep under the carpet for years - watch it now for free

Helen Keller is an American author, disability rights advocate, political activist and lecturer. She lost her sight and hearing aged just one. Her autobiography The Story of My Life and its dramatic film adaptation The Miracle Worker (Arthur Penn, 1962) made Keller a household name. Academic books across school curricula in the US and elsewhere have focused on her extraordinary life as a deafblind person and her untiring devotion to the cause of disabled people. But American history has conveniently popularised only this aspect of Keller’s life which is universally applauded. Her most controversial facet has been left out of American textbooks as it runs contrary to the country’s political ideology.

The American establishment tried to sweep the ideology of the deafblind activist under the carpet for years. Helen Keller was a staunch socialist who championed the rights of the working class, poor, women’s suffrage, peace, and vociferously revolted against America’s capitalistic culture. Gianvito’s film lays out her public talks and writings on socialism in white text on a black background without any voice-over. As a viewer, we are expected to silently read Keller’s views on the socialist causes she cared for, and understand her mind.

These writings are interspersed with poet Carolyn Forche’s narration of Keller’s increasing role in the socialist movement across the world and her involvement in various labour union strikes. In her various talks, Keller advocated for women voting rights. She went further. She insisted in her public speeches that simply being granted voting rights would not ensure equality for women. Unless women are treated fairly at the workplace and in society, materialistic progress holds no meaning. 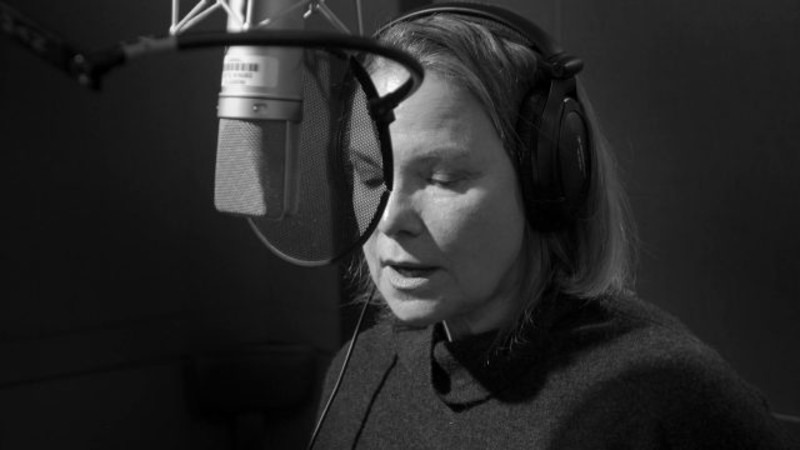 She was very critical of her alma mater, the Radcliffe College of Harvard University, where she became the country’s first deafblind person to earn a Bachelor’s degree. Keller felt that Harvard was an imposing monument to dead ideas. She ridiculed the education system for teaching ancient history that holds no significance in our current state of affairs rather than focusing on solving problems of modern-day living.

In Her Socialist Smile, Gianvito attempts to balance the overdose of information with interesting creative and artistic experiments. After Keller’s first-ever public talk that took place in the Hillside Elementary School Auditorium where she urged people to embrace socialism, we hear thunderous applause after the texts have blacked out from the screen. The heavy downpour of rain on a tree sounds like an applause. In the film, Gianvito frequently intercuts close-up shots of trees, snow, water flowing over the rocks, and colourful fishes swimming in the river bodies. These images of nature are from the property of Helen Keller and her teacher Anne Sullivan in Massachusetts.

The film’s screenplay also has frequent intercuts of a charming theatre where Keller once gave a hilarious interview. The interesting Q&A sessions between Keller and the interviewer are juxtaposed as text on the screen with an enchanting piano music piece in the background. We get to learn about the indomitable and lively spirit of Helen Keller who lit a candle to darkness and herself became a light of inspiration for millions. Her humour and optimism for life are best reflected in a very peculiar exchange exchange. Interviewer: “Would you like to get married?”. Helen Keller: “Yes. Are you proposing to me?”

You can watch Her Socialist Smile for free now on the National Gallery of Art’s website – just click here (no sign-in required).

Girl with no Mouth (Peri)

Locked In: Breaking the Silence

A documentarist suffering from a very rare condition confronts his fears by talking to other patients and their families - on BFI Player and BBC4 on Monday, November 30th [Read More...]