Who butchered the Chainsaw Massacre franchise?

A new installment of Texas Chainsaw Massacre is due in 2021, and it desperately needs to be an improvement on its two mediocre predecessors

Several horror franchises are getting a new lick of paint. We’ve had 21st century interpretations of Freddy, Jason and even Michael Myers. After two misfires in 2013 and 2017, it looks like The Texas Chainsaw Massacre is back on the rails. Yes, Leatherface and the Sawyer family are ready for a face-lift. The horror property spawned by Tobe Hooper in 1974 with Texas Chainsaw Massacre is due another instalment in 2021.

Very little is currently known about the upcoming entry apart from the information on a promotional website. The film is already in post-production, meaning a release window around Halloween is all but guaranteed – provided cinemas are open. In a brief announcement, Legendary Pictures revealed that the film focuses on two sisters, Melody and Dreama, who travel to Texas on business, only to encounter the grisly spectre of a 60-year-old Leatherface. It also seems like, similar to 2018’s Halloween (David Gordon Green), this is a direct sequel to Tobe Hooper’s 1974 original, ignoring all the subsequent films.

Texas Chainsaw 3D’s attempted to retcon the franchise. Heather (Alexandra Daddario) travels to Texas in order to redeem the inheritance of her recently deceased grandmother. She is accompanied by a group of friends. The film’s big aim, aside from contrived 3D effects to justify higher ticket prices, was to shock us with the twist that Daddario’s Heather is secretly a Sawyer – a turn that sadly lacks any surprise as it’s forecast so ham-fistedly throughout.

What could’ve been an interesting spin on the franchise felt mediocre. There’s very little about Texas Chainsaw 3D worth remembering: the violence is dull, the CGI is bloody dreadful, and the supporting cast is barely energetic. The characters are so lacklustre that you end up not caring whether they die or not. The movie is now best remembered as a vehicle for Daddario – before San Andreas (Brad Peyton, 2015) and Baywatch (Seth Gordon, 2017) made her an A-lister. 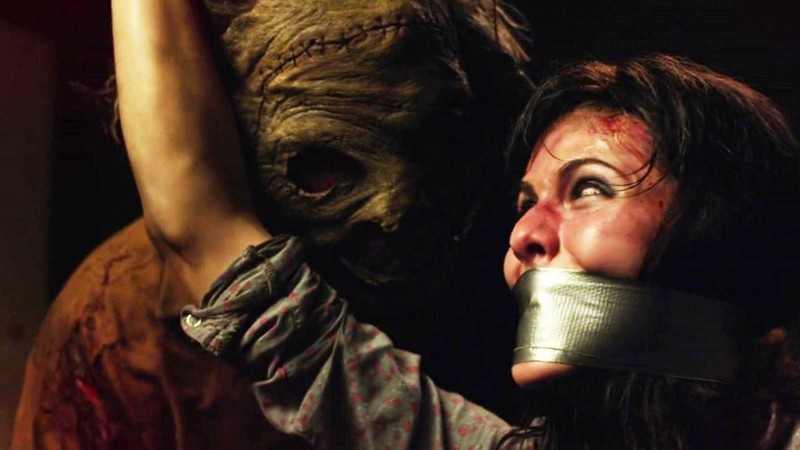 The cynicism, the wit and the satire of the Texas Chain Saw Massacre are missing in Texas Chainsaw 3D. The original film was both a commentary on the meat industry and a satire of violence. It marketed itself as a gruesome watch despite next to no on-screen blood and gore. It helped to lay the foundations of what we know as the slasher genre – setting up searing atmosphere and tension without resorting to shock violence or scares. The 2013 movie did nothing for the genre.

…and yet another misfire!

The Texas Chainsaw Massacre series may just have run out of steam. The most recent instalment, 2017’s straight-to-digital origin story Leatherface (Alexandre Bustillo/ Julien Maury, 2017), came and went without much fanfare, with producers Lionsgate and Millennium Films losing the license to the franchise following its frosty reception. As an origin, it wasn’t even that bad – it gave continuity to the original and had a brilliant final scene – but its two-year delay from production to release killed any anticipation that fans may have had.

The creative direction of the franchise is in a constant downward spiral, as more and more of the minds behind the original pass away. Tobe Hooper, director of the 1974 original and its 1986 sequel, who is widely credited for creating the pseudo-realistic atmosphere that made the first film so enthralling, died in August 2017, just a month before Leatherface’s release. The original Leatherface Gunnar Hansen died in 2015. Of the original cast, co-writer Kim Henkel still survives, and fans will take solace in the fact that he’s on as a producer for this new sequel – although his contribution to franchise duds such as 2013’s Texas Chainsaw 3D (John Luessenhop) may mean any hopes need to be taken with a pinch of salt. 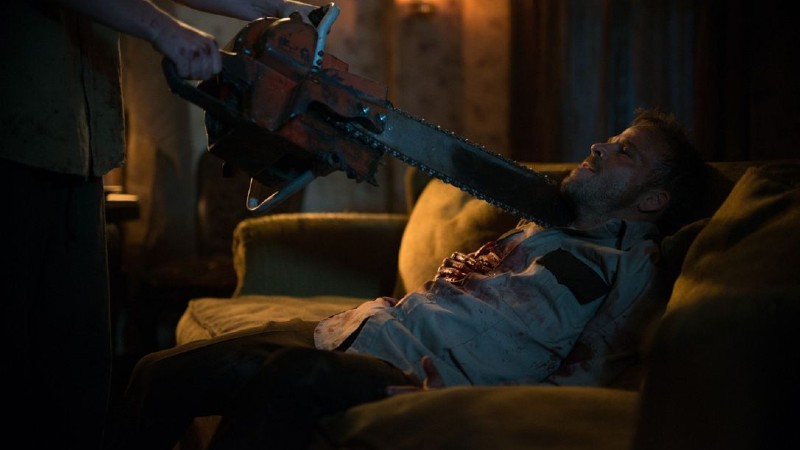 Hopefully, the new movie will avoid the mistakes of its two predecessors and come up with some original solutions. Yes, it seems like the production has been a troubled one – original directors Ryan and Andy Tohill were replaced during filming by David Blue Garcia – but the promotional material so far, albeit sparse, shows a clear reverence for the 1974 original, from the murky colour grading to the silhouette of Leatherface hidden in the promotional poster.

This is make or break for a franchise that changed the history of horror. Next year’s entry will be the last chance for producers to rescue the ailing Leatherface.

The image at the top of this article is from The Texas Chainsaw Massacre: The Beginning (Jonathan Liebesman, 2006). The other two are (in descending order) are from Texas Chainsaw 3D and Leatherface, respectively.