"Dirty gem"
Pop's enfant terrible? Documentarist makes a compelling argument for French artist - watch it online for free in December only with ArteKino

In the eternally recycled world of rockumentary, the artist in question – from the biting John Lydon to the wiry Robbie Robertson – aches to present themselves as the provocateur they spent a legion of fans persuading. Sebastien Tellier offers no such pretence, but revels in a confidence that crackles in a presence of dazzling ingenuity. Steeped in the mysticism of a ’70s Pink Floyd record, Tellier walked the tightrope between succinct and suicidal in a stage set that made headlines as much for its ambition as it did for the material.

Interviewee after interviewee walks into the frame, with the air, attitude and appearance of a ’70s’ progressive rock fan. So when the star in question appears on screen, his shabby, quasi Messianic persona does little to squander the expectation levelled at this supposed Son of Pop. He’s best known on this side of the world for his explosive entry during the 2008 Eurovision Song Contest, but director Francois Valenza showcases an oddity even more entrenched in theatricality. 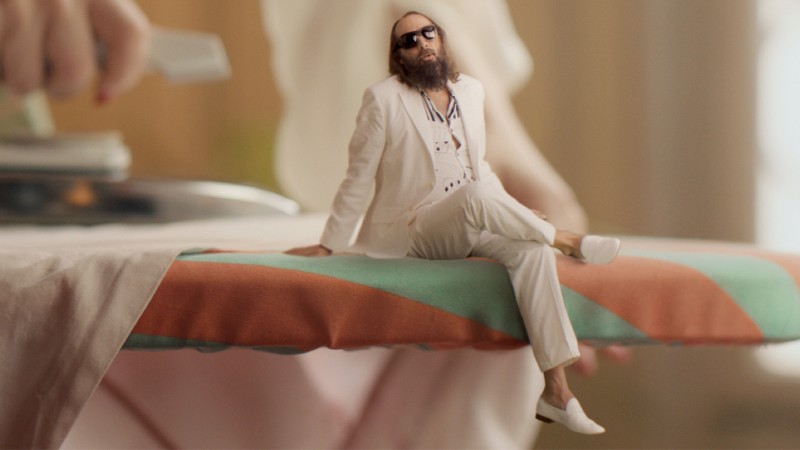 The picture-steeped as it is in philosophy and perception – comes across as a lavish, dynamic affair, tailoring the material as much for the die-hard fans as it does for the novices. What starts off as a simple jaunt down memory lane quickly envelopes into something greater, and may be regarded as one of the definitive documents of modern-day French Avant Pop. It’s too early for that level of rhetoric, but what’s harder to argue is how beautifully Valenza weaves the eclectic (frequently brilliant) interludes into the tapestry unveiled before us. Tellier, a chameleon writer, skirts from genre to genre, posing as a writer every bit as malleable as his beloved Serge Gainsbourg.

One scene shows the vocalist (stretched out over a keyboard) boasting a thunderous vocal style, while the concerts (an expose of light, sound and colour) essay a raconteur determined to shape himself in the viewers shifting eye. And then there’s the synth soundscapes that offers this artist an outlet that shifts the audience from the ’70s to the more recognisable ’80s. Tasteful or not (some of those scarves are hideous), Tellier is never less than fascinating, and the film (as beautifully presented as it is designed) illustrates an artist and a genre that deserves to be listened, watched and experienced.

Watch Sebastien Tellier: Many Lives for free and from the comfort of your home along with a further nine movies this December only with ArteKino – just click here.

We could all do with a lesson or two in romance, particularly when you're better used to the hide of a cow than to the thighs of a loving woman - available to watch for free in December only with ArteKino [Read More...]