"Greasy movie"
Enclosed in a prison, Georgian filmmaker presents a story of survival amidst great upheaval - watch it for free during the month of December with ArteKino

Drawing on nearly five years of material, Beria showcases a vision of prison life far removed from the “hotels” Manny Ray promised his boss in Scarface (Brian de Palma, 1983). Instead, Beria opens our eyes to a Georgian hovel, underfunded and overcrowded, crowbarring more and more criminals into the detention centre. It’s here that we come across a pair of professional rugby players, eager to demonstrate a love of craft in a building where violence, vitriol and venom bring challenges unheard of on a rugby pitch. From somewhere between the prison bars and shadow shapes that amuse these men in their lonesome surroundings, comes a quietly beautiful tribute to a sport that unites millions around the world.

Crumbling beneath the weight of a fallen Soviet Union, the characters capture the fire that built the spiralling union by igniting a prison riot within the shelters of confinement. Seated amidst the opera that brought the USSR to its knees, Beria presents a Georgia pushing for a voice in a world of silent thunder. By rigidly sticking to realism, Beria illustrates a jail sentence every bit as ponderous as the passage a crook must spend in their own private cell. Constructing a world spent whiling time between ball passes and mathematical equations (hence the film’s punchy title) essays a world building more commonly found on television – and with good reason too! 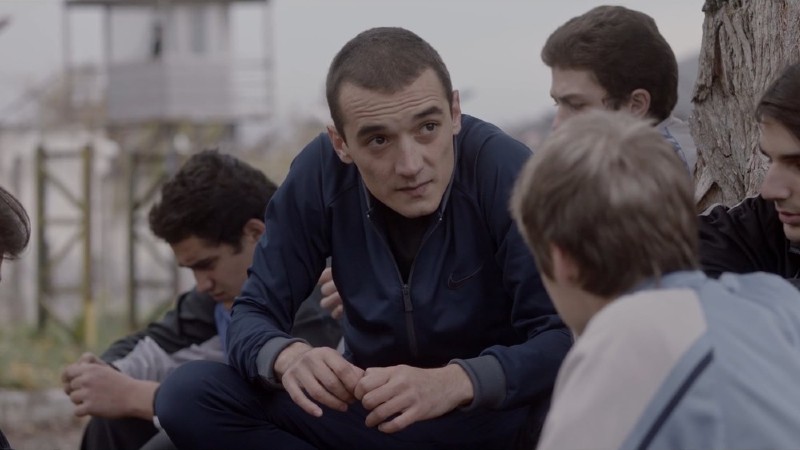 The story seems tailor made for the small screen, where the characters, contradictions and shifts could muster a voice of its own variant. As it stands, Negative Numbers suffers from abiding by the honesty it so fervently seeks.

The visuals – strident in their resolve – present the commitment, commentary and courage Beria mustered in his effort to create a memento of this austere, frequently awkward, institution. Much like the infectious energy from which a rugby match is played, the training scenes crackle with an energy where vagrant, parson and children come together through the pass of a ball. There, on the training fields, sorrow makes way for mischief, and any passing regrets (documented by a silhouette of a lowly phone messages from prisoner to parishioner) are quickly forgotten about in a series of cutting tricks, tackles and twists.

In the prescient conditions that lock viewers to their laptops and workers to their houses, it’s nice to see how much joy these prisoners capture from the immediate gratification a ball hawk brings.

You can watch Negative Numbers for free along with a further nine titles during the month of December only with ArteKino – just click here for more information.

We could all do with a lesson or two in romance, particularly when you're better used to the hide of a cow than to the thighs of a loving woman - available to watch for free in December only with ArteKino [Read More...]