The year is 2004. The Olympic Games are finally returning to their birthplace of Greece. Along with the Russian Olympic team, Misha (Victor Khomut) arrives in Athens for the first time to be reunited with his mother. He is a true little Russian boy, with a Gera the Krokodil t-shirt and a Cheburashka doll affixed to his backpack, a reference to the two stars of the classic Soviet animation. Nervous to be in a new country, things turn worse when his mother Sofia (Valery Tscheplanowa) introduces him to his father-in-law Mr Nikos (Thanasis Papageorgiou).

Using the familial conflict genre while refracting it through dark fairy tales that reference both Greek and Russian traditions, Son of Sofia is a reflection on matters both domestic and national. The first sense we get that this relationship is somewhat transactional is reflected through Sofia’s marriage to Mr Nikos, who didn’t really marry him for love but in order to secure financial stability and as a means to get her son across to Greece.

There’s no doubt that Mr Nikos stands for an older side of the Greek country, one that is being irreparably changed by modern advancements and the rise of immigration. While the young lad doesn’t speak a word of Greek, Mr Nikos takes it upon himself to lecture him in the culture and language of the Hellenic nation. He was once the star of a Mr Rogers-style children’s show, replete with animal mascots that pervade the more surrealistic moments of the film. 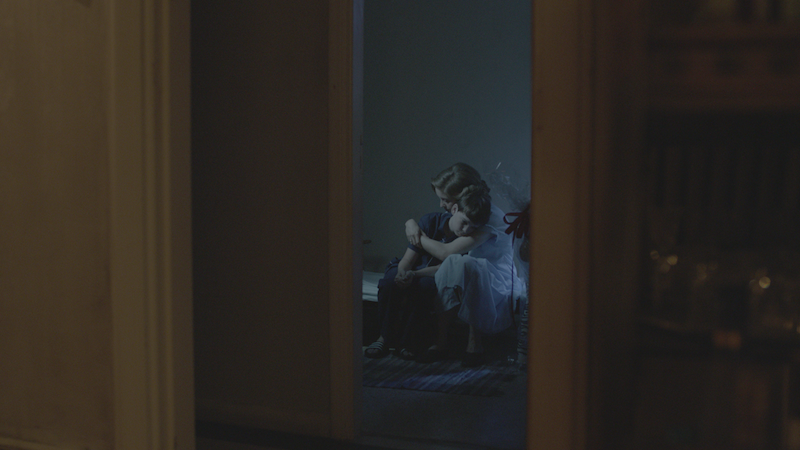 Scored to classic Soviet songs, these moments show the strange headspace of the young, mostly mute young boy at odds with the new world around him. There are larger themes at work here. With the 2004 Olympics proving economically ruinous for the country ahead of their later financial collapse, Son of Sofia examines the thornier side and deeper cost of Greek pride. The 1980 Moscow mascot, Misha the bear is also given a strange makeover here — meant to be a cutesy and likeable teddy, he becomes a strange and malevolent force.

These conflicts are shot in a staid, stately and slow style, capturing characters through hallways and long corridors. Without much sense of spectacle, we rely heavily on watching them watching television, whether it is the television show Little Vera, the Athens Olympics — which we are told feature various Russian athletes competing as Greeks — and Nr Nikos’ show. Perhaps they could’ve been incorporated into this fantasy-world a little more forcefully, but they create a haunting and sad effect that lingers across the entirety of this unique semi-fantasy film.

While the middle part of the movie, involving Misha running away and becoming involved with other Russian-speaking youths is a little thinly drawn, the film really comes into focus during its final third, which manages to resolve the central conflict at the heart of the story without compromising on its own vision. It suggests that progress can be made, but at quite a difficult cost.

You can watch Son of Sofia during the entire month of December for free with ArteKino – just click here.

This nostalgic and bittersweet look at life behind the Iron Curtain radiates with charm — live from Tallinn [Read More...]