Ivana is perfectly healthy. Multiple trips to the doctor make sure that there’s absolutely nothing physically wrong with her. But she’s convinced of her own sickness. Constantly claiming her hair is falling out while complaining of dizziness, she might be the most memorable hypochondriac since Woody Allen’s Mickey in Hannah and her Sisters. Played with perfect irascibility by director Ivana Mladenovic, she lashes out at friend and family alike, providing a bristly portrait of a returning expat who really doesn’t enjoy being home.

Based on a true summer in 2017 of the Serbian-born, Romania-based director, when she returned to the border town of Kladovo, Ivana the Terrible provides the metafictional director with plenty of space for self-reflection and insight. It comments on the relations between the two Balkan nations with tenderness and acuity.

There’s a lot to absorb that might goes over the head of those not well-versed in inter-Balkan relations. Thankfully Mladenovic’s talent as a director keeps us invested throughout this awkward comedy slash documentary experiment which recalls the best of Abbas Kiarostami in its blending of reality and fantasy as well as the self-absorption of Woody Allen’s most self-reflective work (the seasoned filmmaker receiving a prize in Stardust Memories most readily comes to mind).

This is brave filmmaking, especially for a woman returning to a small, patriarchal-minded town. Unafraid to make herself positively unlikeable — at least in the reflection of her family, remarkably also playing versions of themselves, who constantly ask her when she will either get a real job or become a mother — she moves beyond a conventional portrait to create a bristly, exciting and restless film. 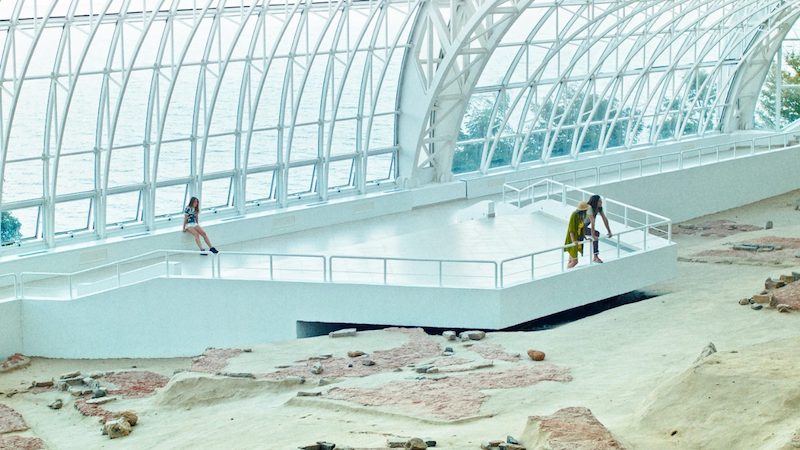 Her first mistake — also sharing similarities with many Woody Allen protagonists — is in sleeping with a man 13 years younger than her. Her second is in her lack of deference towards the local politicians of the city, who want to use her as one of the headline acts of a cross-cultural Serbian-Romanian festival.

As a woman, she constantly has to be grateful: grateful to the family who raised her, grateful to the town that now praises her. Yet Mladenovic keeps asking questions as to how much they really participated to her success. In the background is the awkward tension between Romanians and Serbians, sharing a complicated history that grows and grows in significance until a Radu Jude-esque final scene.

Despite the ambition in realising the film, the filmmaking style is grounded in realist traditions. Nonetheless, it still uses a few clever wide shots to produce a sense of alienation, especially coming at odds with otherwise intimate scenes. One moment in particular, framing an awkward conversation streamed on Facebook Live behind men dining in a restaurant, is a masterclass in using depth-of-frame to deepen a comic moment.

For one thing, the fact of its mere creation shows both Mladenovic’s family and the local forces in this Serbian town — who really do have a festival in Kladovo every year — to be far better sports than the movie asserts; able to laugh at themselves in service of strange and compelling art.

Ivana the Terrible is showing during the month of December as part of ArteKino. You can watch it at home and entirely for free – just click here!

Death in Sarajevo (Smrt u Sarajevu)

A desperate Bosnian mother and wife scrambles to save her male relatives from a seemingly inevitable death in Srebrenica - on VoD on Monday, March 22nd [Read More...]