Single mother Asia (Alena Yiv) is out clubbing all night. When she comes home the next morning after sleeping with a stranger, her teenage daughter Vika (Shira Haas) looks disappointed and annoyed. We are introduced to an inverted mother-daughter relationship (whereby the teen looks after the adult). This relationship is tested when teenage Vika contracts a degenerative disease and is given limited time to live.

Thirty-eight-year-old female Israeli director Ruthy Pribar is at the helm of this Hebrew-language film, which also happens to be her debut feature.

The medical drama is a well-worn path. It’s always tough work spending 90 minutes watching a young person struggle to walk, talk and breathe. Think of The Fault in our Stars (Jose Boone, 2014), The Theory of Everything (James Marsh, 2015), Stronger (David Gordon Green, 2017), and even this year’s Mogul Mowgli (Bassam Tariq). In Asia, however, the relationship drama is far more fascinating than the medical drama. 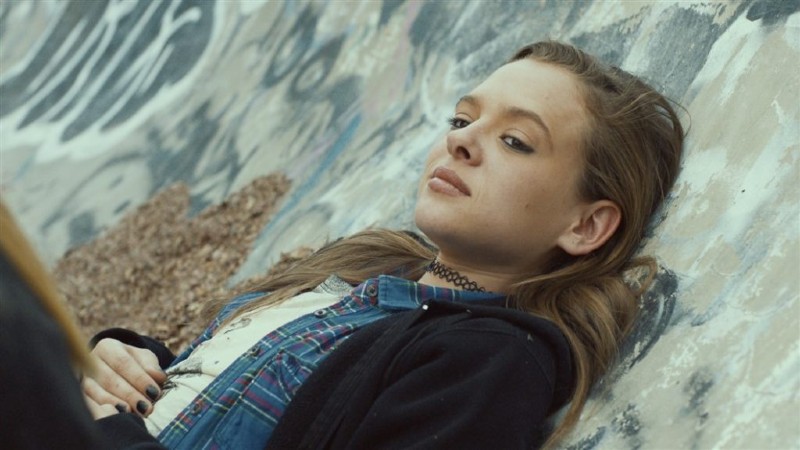 Asia is only 35 and regrets becoming a mother in her teens. Motherhood was thrust upon her and she never learnt how to handle it well. She still craves male attention and is constantly going out in search of love and affection love in bars and clubs. Her teenage daughter who is less outgoing. She finds it tough to make moves on the boys she likes and feels like she needs to look after her mother. The drama ramps up when Vika reveals she doesn’t want to die a virgin. Her mother goes to some questionable lengths in order to help her daughter. Heartbreaking scenes follow.

Pribar consciously steers away from a mawkish tone towards a more restrained, stern story. The power of Asia lies in its subtleties. Pribar’s controlled approach pays dividends. Be prepared for a shocking and devastating ending.

Asia is showing now at the UK Jewish Film Festival, just click here for more information. One the Festival is finished, it will be available on Curzon Home Cinema, with possible theatrical screenings to follow (once lockdown restrictions are lifted).

Dan Daniel is an award-winning writer and director for both theatre and film. His short film, T...

Mariano Garcia lists six dirty movies about poker and other games from yore; the list is as fun and exciting as gambling itself! [Read More...]