"Dirty gem"
Tribute to both the iconic Billie and the journalist who so profoundly adored her is spiced with very intimate details of their troubled lives - on virtual cinemas on Friday, November 13th and on VoD on Monday, November 16th

This is a movie about resuming a job that stopped more than 40 years ago. During the 1970s, journalist Linda Lipnack Kuehl collected information about her late idol Billie Holiday. Until she tragically passed away in February 1978. Both women were American and had a tormented existence, which explained Linda’s fascination with the Philadelphia-born and Baltimore-raised jazz singer Eleanora Fagan, professionally known as Billie Holiday. Just like Billie, Linda was attracted to men who did not bring out the best in her. But they were also very different: Billie was from a black and poor background, while Linda was white and from a wealthy family.

For four decades, nobody listened to Linda’s tapes. Nobody attempted to complete the unfinished job. Until British documentarist James Erskine decided to join the puzzle pieces. There is abundant footage of Billie Holiday as well as extensive interviews conducted by Linda with those who knew her best: her friends and family.

Linda’s own voice provides the backbone to the narrative. Tony Bennet shares peculiar anecdotes, including a very unexpected item that Billie hid in her stockings. Her pimp Monroe boasts giving girls black eyes (which he believed they wore as a token of pride). A cousin and childhood friends share the details of Billie’s unorthodox life and personality.

Billie started working as a prostitute at the age of 13th, which provided her with a sense of practicality and directness that she retained for life. Her language was expletive-laden and confrontational, with “motherfucker” and “cocksucker” being her favourite words. Her fiery temperament and profound emotions were duly transferred onto her songs. She sings many of the big hits throughout the movie, including My Man and a goosebumps-inducing rendition of the controversial Strange Fruit (dubbed “one of the biggest protest songs ever recorded”, about the lynching of black people being compared to fruit hanging from Southern trees). 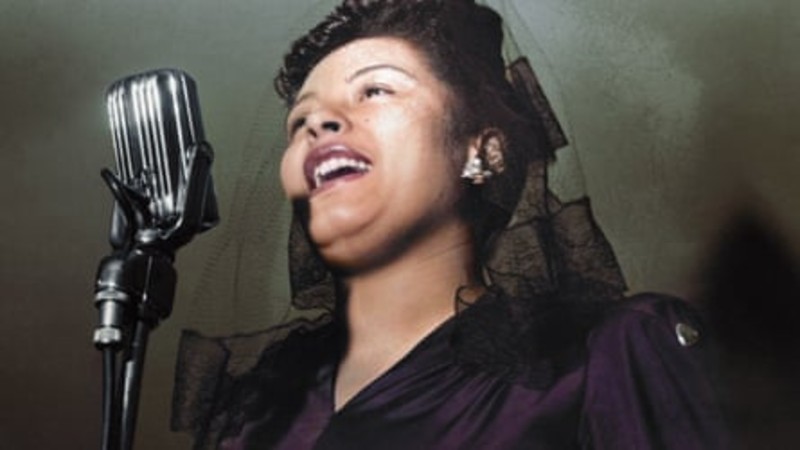 Race is indeed a pervasive topic, in a racially segregated and openly racist nation. Billie was asked to paint her skin black as she was not deemed dark enough to perform with a black band. Conversely, she encountered problems when travelling with her white crew, having to seek hotels and restaurants for the “colored” – the same issue faced by pianist Don Shirley, as portrayed in last year’s Best Picture Oscar winner Green Book (Peter Farrelly).

Alcohol and drugs became the venting outlet for Billie’s turbulent life. A friend speculates: “narcotics were a type of self-punishment”, “she never experienced real love, she just suffered”. That’s despite having had many partners and describing herself as a “sex machine”. Billie often mixed cocaine with heroin, and dabbled with “assorted pills”. She consequently had many problems with the law, being arrested for the first time in 1947 for narcotics possession. She eventually lost nearly all the fortune she had amassed. She died in 1959 with virtually nothing to her name, despite being one of the best-paid artists of her time. Billie’s addiction seemed to be imprinted in her DNA: her father Clarence too was an alcoholic.

This 97-minute documentary wraps up with Billie Holiday’s final performance in London, shortly before her death. We then learn the details of Linda’s mysterious and untimely death. All in all, a moving tribute to two women who never met and were somehow bonded through their suffering.

Billie will be in selected cinemas in Wales and Scotland and virtual cinema in England from 13th November and available digitally from 16th November on Amazon and iTunes. The film will also be at the EFG London Jazz Festival on 15th November.

Aretha Franklin's performance from 50 years ago is soulful and uplifting, reminding us that music transcends religious traditions - now available on VoD [Read More...]