"Greasy movie"
British documentary shines a light on Europe’s colonial legacy through the lens of the novella Heart of Darkness - on BFI Player from Friday, October 30th

Heart of Darkness is an English language classic and a staple of A level and university syllabi. The novella, published in 1899, chronicles the descent into barbarism of trading-post demityrant Kurtz, committing to page a glimpse of the real world atrocities committed unto African natives by colonial Europeans. The journey of its protagonist upstream of the Congo River inspired Francis Ford Copolla’s classic Apocalypse Now (1979). Therein, a parallel river journey during the Vietnam War to depose a similarly ruthless Colonel Kurtz was used to highlight how little had changed in the rules of engagement for invading forces, almost a century later and Geneva Conventions be damned.

The sorry tale of this war resonates throughout the global consciousness, having taken place in an era of widespread photojournalism and home television sets. Agent Orange. My Lai. Self-immolation. These are the concepts synonymous with modern day imperialism. Vietnam’s population was literally decimated through millions of civilian and combatant casualties and schoolchildren the Western world over are inducted into this folly. Yet, these numbers pale in significance to the repeated genocides in Africa during the tritely named ‘Scramble for Africa’ of the late 19th century.

Where is the outcry? Any attempt to introduce the matter to British schooling is quietly rebuffed, lest the misplaced gammonistic nostalgia that fuels the country abates. Cursory googling informs that these events are similarly ignored by France and Germany, although Belgium is soon to include these dark chapters to their curriculum. African Apocalypse aims to further disrupt European colonial complacency and illuminate the lasting impact of colonialism in Niger. These details may be exiled to shuttered reference rooms in the Northern Hemisphere but in Niger the people explicitly remember their humiliations, passed down in oral legend from survivor to son. Specifically, the massacres and violence committed at the hands of French captain Paul Voulet on his expedition to unify French colonies in Africa. He is a real world analogue to Kurtz with a stranger than fiction arc. The documentary follows his trail of destruction in modern day Niger, a narrative road cobbled with Nigerien testimonies of personal loss and tragedy.

The film is helmed by journeyman documentary director Rob Lemkin but you could be forgiven for thinking that it is the brainchild entire of Oluwafemi Nylander. Front and centre of the camera, Femi is an Oxford university philosophy student who went to Oxford university and the opening heavily leans on his presence at Oxford university, as if this pedigree gave the material more weight. Establishing scenes tend towards the clichéd. Femi in a library. Femi by the statue of Cecil Rhodes. Femi on his darkened houseboat, poring over archive material by flashlight. These moments read more like an episode of CBBC’s Newsround than anything else and so it is a marked improvement when the film touches down in Niger and Femi links up with minders Amina and Assan to begin the journey. 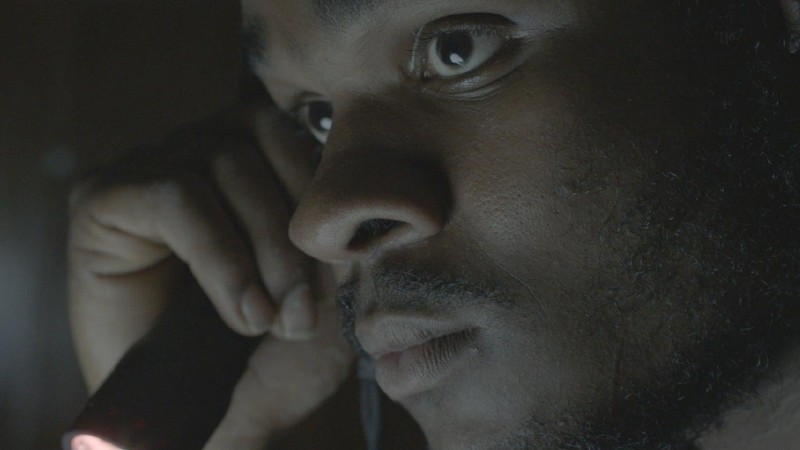 The stories that they encounter are harrowing and show the ongoing pain of a people who have been cut and bled and press-ganged into the service of a foreign power. Interviews with average people are intercut with daguerreotype images of maimed tribespeople and voice acted readings of thematically appropriate Heart of Darkness passages or writings from key historical figures. Together, it creates a kind of mood piece of a documentary; a fireside retelling of Voulet’s odyssey rather than a cut-and-dry factual approach. This fits the nature of the interactions with the Nigerien people. Indeed, there is an ethereal quality to seeing folksong and dance interpretations of Voulet’s massacres. It is almost a mythologising of the man, a deification to explain the inexplicable force of gunpowder and steel in Europe’s conquest of the continent.

However, the efficacy of these storytelling elements varies through the course of the piece. Femi’s solemn and sibilant narration is at times affecting but the grating insistence of addressing Voulet directly as ‘Paul’ and questioning his motives as if in conversation wears thin. Similarly, Femi shoulders the weight of responsibility for the atrocities as a European himself but it seems insincere – a stance taken because it feels like he should. An interesting moment comes when his guides upbraid him for this aloof outlook. They accuse him of collecting and collating these stories of heartbreak, passed down generations, with impassivity.

The film is at its most vital when examining the ongoing impact of French colonialism in Niger. The velvet glove of foreign aid, investments and university scholarships has replaced boots on the ground as a means of maintaining French interests in the region and Niger’s role as France’s backyard uranium mine is explored. There are many similar stories that should be dragged into public reckoning but these are unfortunately jettisoned in favour of the Voulet story. Perhaps most wrenching of all is a segment in a local school. We are used to seeing footage of African schools on Comic Relief or other fundraising drives but rarely are the children themselves heard from. Here, they understand all too well what has been done to their people and weep openly for familial losses. The wisdom and understanding with which they discuss the systemic bruising of Niger and Africa as a whole puts the sheltered and ignorant children of Europe to shame. This documentary could happily sit in any future UK curriculum and should be lauded for its unflinching and graphic detailing of a forgotten despot. It is a depressing and unfortunate reality that many more will remain unremembered.

African Apocalypse is on BFI Player on Friday, October 30th.