Our dirty questions to Jennifer Sheridan

The South London director recognised for her editing work in the television series The League of Gentleman talks about her debut feature: ROSE: A LOVE STORY, in an exclusive interview

Before making her debut feature Rose: A Love Story, Jennifer Sheridan worked mostly for television, both as an editor and as a director. She directed the television series The Snow Spider, plus she has edited prestigious and popular series such as Cuckoo, The League of Gentleman and Crackanory. Rose: A Love Story is Sheridan’s directorial feature debut.

Rose: A Love Story is a British psychological horror, which premiered at the BFI London Film Festival earlier this month. The titular character (Sophie Rundle) and her partner Sam (Matt Stokoe) live an isolated life in a remote woodland. Rose is coping with a mysterious illness, which prevents her from leaving the house. When they cross paths with two strangers, their seclusion and secret is threatened.

In conversation with DMovies, Sheridan discussed her career move, “falling in love” with a story, and making a film in the dense Welsh woods in 15 days!

Jennifer Sheridan – Ever since I was a child, who basically wore out every VHS tape they ever owned. Once I fell in love with a film, I watched it over and over again. It was just falling in love with stories and I always quite liked dark and edgy stuff. I always liked adventure films like The Goonies (Richard Donner, 1985), and strange films like Beetlejuice (Tim Burton, 1988). So that’s probably where it started – just a love of films as a child.

I was into editing for a long time and I made that my career for many years. I loved it, but there’s something about directing that gives you an extra level of control over a story. You’re more in the moment with it, and it’s a much more immediate way of telling a story, whereas in the edit everything has been shot and it’s just putting it together in the best way.

There’s a lovely exciting pressure of being on a set and working with actors and a crew, and having to make something in that moment that I just find it absolutely thrilling. I love it!

PR – It’s a commitment to make a film, requiring you to give up a period of your life. What compelled you to believe in this film and decide to tell this story?

JS – I’ve made 13 short films, and part of that was me trying to figure out what my directorial voice was, and what genre I was most excited by, because I love horror and I love comedy. I get excited by so many different things that I was worried that my career would never progress, because people would not know where to place me. They wouldn’t be able to say, “Oh, that’s a Jennifer Sheridan type film”, because my films kept changing [laughs].

When I read the script for Rose, it felt the perfect story for me at that time in my career because I’d done so much groundwork in my short films. I’d built up a skill set, and with every short film I’d tried to push myself in a different direction, to learn something new about filmmaking or storytelling. So when I read Rose, I felt much more confident that I could do a good job of directing it. I was thought, “Yes, this feels within my wheelhouse. I know I could do a good job of this. I really want to take on this challenge.”

From a realistic point of view, there were also very few locations, very few cast members, and it was a horror film, which are generally a little bit easier to get funded. I thought if I’m ever going to get to debut as a feature film director, Rose feels like a very good opportunity for that to happen.

Everyone hopes to make feature films at some point, not everyone obviously, but most filmmakers hope to. There’s no guarantee you’re going to get there, and so you have to be a hustler in so many different ways. As passionate as you are about the story, and you have to be because you’re going to live with it, and I’ve lived with Rose for four years. You have to love the story and you have to feel like it’s one you can do justice to as a director, otherwise it’s not worth that much of your life. You’ve got to do it for the right reasons, and there were other factors involved, but just the fact that we could probably achieve it on a small budget was another. 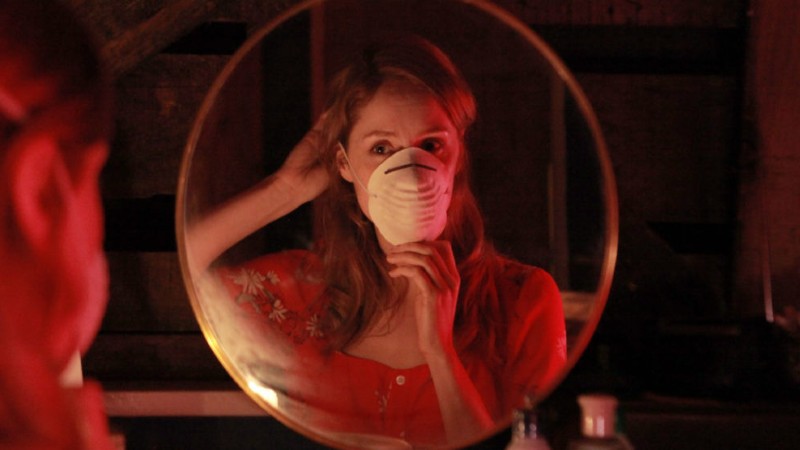 PR – The images of the landscape early in the film capture a feeling of its grandeur and isolation. Was it an intention to tap into a yearning many of us share for distance from our society?

JS – Let me tell you. The forest in Wales where we shot was so beautiful and incredibly isolating, not just for the characters of the film, but for us as a crew. There was no phone signal and you felt completely cut off from the world. We were heavily snowed in, and it was like being untethered from the modern world for a bit – it was incredible.

It does something quite unusual to your brain when you’re living in nature. You get a new perspective because you’re not being hustled and crowded by the modern world and all of its technology, that having grown up in London I’m used to. I wanted that to translate into the film.

The landscape was so important to the feeling of isolation and independence from the rest of the world when you shut yourself away because you have a job to do. In Sam’s case, it’s keeping them alive and protecting Rose, and protecting people from her. He’s made that his job and they’ve obviously come to this place for a very specific reason, and I’m glad that’s coming through.

PR – In a story that teases or tries to mislead the audience, is there a challenge or time pressure of knowing when to open the film up to the audience?

JS – As an audience member myself watching films, that’s part of the joy of it. One of my favourite films, Jaws (Steven Spielberg, 1975), is a brilliant film, but you don’t see the shark for so long. I love holding off those reveals, but the timing of it is the biggest challenge, no doubt about it. And with Rose, I showed the almost finished edit to some friends in the industry to get their opinions on it, and some of them had seen things in it that I hadn’t even intended.

I know I definitely did some intentional misleading with Sam locking her in the house – was he keeping her hostage, what’s going on here? Part of the enjoyment of watching a film is trying to figure stuff out, but yeah, there definitely comes a point where you go, “Okay, just tell me now because this is ridiculous’ [laughs]. Hopefully we got that balance right with Rose.

PR – Would you agree that we could liken the film to a chapter in the middle of a book?

JS – Yeah, I think you’ve observed Rose well there in that it does feel like a chapter. There’s definitely something coming after that we’re not showing, and is left in the audiences imagination to make up their mind. You know it’s probably not going to go great, but what then happens is sort of up to you because it’s such a concentrated story in a way.

It’s so much about Rose and Sam, the journey of their relationship, and them not coming to terms with reality, but trying to pretend that everything’s going to be okay. A series of events unfold that tests that and keeps challenging the idea that they’re going to be fine, that they can make it work. 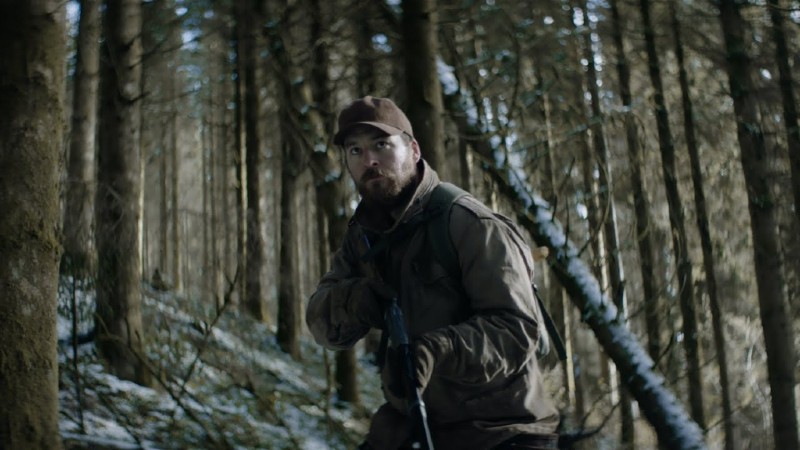 For me, that’s so much about what life is. One sets-off in life hoping for the best and obviously things come along to challenge that. Look at the situation we’re in now, everyone’s feeling challenged. So it’s nice in a way that it feels so concentrated about them and you don’t even know what’s going on in the wider world. You don’t know if anyone else has what Rose has, what other people are doing. I hope audiences are going to enjoy being part of something that almost feels very in the moment. You’re in there with them, and it almost follows day-to-day.

PR – Do you perceive there to be a transformative aspect to the filmmaking process, in which you change as a person?

JS – Before I made Rose I wasn’t sure, I doubted myself. I was reading so many books to try to glean from the perspectives of other filmmakers, to get any insight I could into what I might have to expect doing something like this, because it was a huge challenge. We only had 15 days to shoot and we couldn’t afford to do pickups. I felt I had to nail it and I put so much pressure on myself.

Having since made Rose and done a television series, it has allowed me to feel more comfortable in my decisions. I definitely have more confidence as a director because you make calls so often, and when those calls payoff, you think, “Oh, I do know what I’m doing” [laughs].

You’re always learning and that’s part of why I love it because it’s always a challenge, and the challenges are ever changing. I think that’s what makes it so exciting. I definitely feel like I’m not the person I was when I started making Rose – it has changed me dramatically. I’ll never be able to undo what that film has done to me. I can now only go forward in my life, in the hope that I can do something just as great, if not hopefully greater, and progress because it was such a wonderful experience.

Jennifer Sheridan is pictured at the top of this interview. The other two images are stills from her debut feature.

A couple living in the middle of nowhere while dealing with a strange illness see their winter wonderland turn into a freezing hell in this British psychological horror - from the BFI London Film Festival [Read More...]