Antonia Campbell Hughes plays the eponymous character, a distracted actress still reeling from a terrorist attack on the Underground. One of the very few survivors, she compares herself to a rat, unsure how to reassemble her life. Yet she still believes that she has her life under control, rehearsing for a play in the West End that has the potential to revitalise her wayward career. But when her twin sister (also Hughes) skips off to Bruges for the weekend with her new boyfriend, Cordelia finds herself far more vulnerable than she thought. Constant phone calls, with no voice on the other end, do little to alleviate her anxiety.

Director Adrian Shergold has a great knack for constructing unsettling moments that make us think one step ahead of our characters. Men seem to appear out of nowhere; first mere faces in the crowd before slowly coming into Cordelia’s rearview. One innocuous meeting between Cordelia and an old friend on Millennium Bridge is filled with portent; both sides skirting around the issue with passive aggressive politeness. 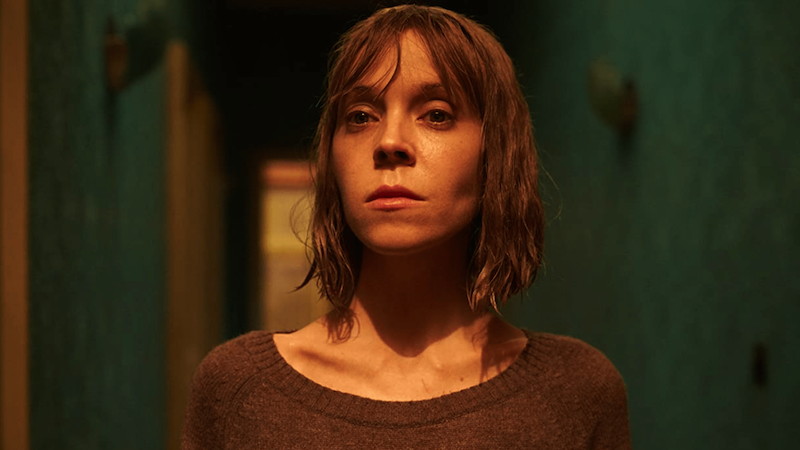 Yet, she isn’t totally impervious to people of the opposite sex, lulled by the melancholic cello sounds of her upstairs neighbor Frank (Johnny Flynn). He accosts her at a coffee shop, and asks if the music bothers her. When she replies that the music is beautiful, he invites her for a drink in an empty Soho joint.

Musician-actor Johnny Flynn puts in a fascinating performance, relying on his good looks to give us a false sense of security before slowly revealing the tortured man underneath. Constantly talking about his failed music career, which once spanned concerts from Buenos Aires to Moscow, his overt friendliness feels almost immediately like a trap. Yet she only sees his vulnerability, seemingly happy to find someone she can confide her deepest concerns in.

Their doomed romance unravels in a bizarre, interesting way, its denouement occupying the last third of the film. With its focus on feminine paranoia as well as its dark vision of London, Cordelia evokes classic British 1940s psychological thrillers such as Gaslight (1940, 1944) ,as well as early Hitchcock. Dim lamps and dark interiors give Cordelia’s flat a murky feeling, the streets of Soho consisting only of the iconic overhanging lamps. Characters are often shot head on, making them feel like part of the furniture.

Yet the supporting cast are subsumed by this world. British luminaries such as Joel Fry, Alun Armstrong and Catherine McCormack are given little chance to stand out. Michael Gambon for example, is severely under-utilised as one of Cordelia’s neighbors, briefly introduced before barely being seen again. These types of thrillers, especially of the old-school variety, thrive on prying and nosey neighbours — providing ironic levity to an otherwise grim experience.

While worth watching for its well-constructed sets and foreboding production design, creating a convincing portrait of a dark and gloomy London, it can’t corral its mood into something energising. Much like its lighting, Cordelia is too dim to electrify the audience.

Cordelia is in cinemas on Friday, October 23rd. On Sky Cinema and NOW on October 19th (2021). Also available on other platforms:

We have picked the 10 HOTTEST films ever made in order to celebrate the sweltering heatwave that has suddenly embraced the UK. Handle with care, you could get hurt! [Read More...]