One Night in Miami

"Dirty gem"
First-time director imagines the meeting of Muhammad Ali, Malcolm X, Sam Cooke and Jim Brown (which never happened), and the outcome is surprisingly convincing - out on VoD on Friday, January 15th

The premise of this film, adapted from Kemp Powers’ 2013 stage play, is audacious. It tells a fictionalised meeting between Cassius Clay (Eli Goree), Malcolm X (Kingsley Ben-Adir), Sam Cooke (Leslie Odom Jr.) and Jim Brown (Aldis Hodge), which sees them converge in a Miami hotel room to celebrate Clay’s victory over Sonny Liston in February 1964. To imitate such iconic figures is hard enough, but to make them credible and compelling is even harder. Regina King’s debut feature does both.

The men are introduced in various states of adversity. Ali is knocked down by Henry Cooper, Cooke bombs at the Copacabana, and Jim Brown meets with a seemingly benevolent white man who leaves him standing on the porch, “You know we don’t let niggers in the house.” Malcolm X, meanwhile, is disillusioned with Elijah Muhammad, the leader of the Nation of Islam, the organisation that provides him with everything, from housing to security.

These problems are sidelined when they arrive in Miami, invigorated by their friend’s historic victory. Each figure and actor is given the floor, and each of them impresses. As Cassius Clay, Eli Goree is under the most pressure but he quickly proves his deftness, capturing the rhythm and tone of Clay’s Kentucky accent in a performance that’s as good as or even superior to Will Smith’s turn in Ali (Michael Mann, 2001). 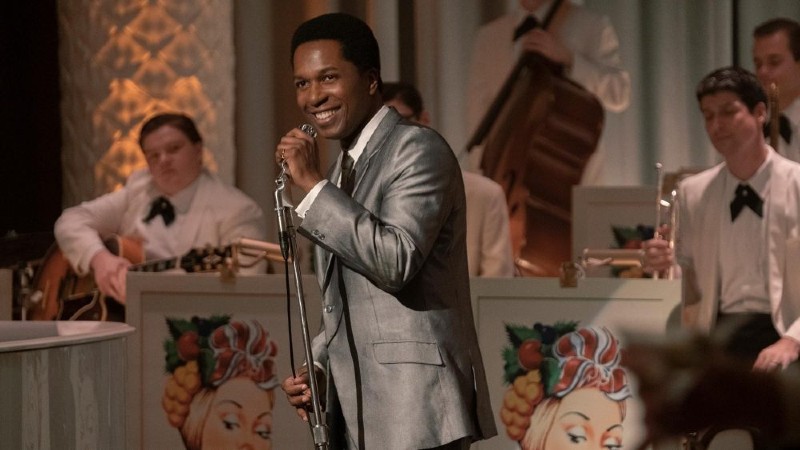 Similarly impressive is Leslie Odom Jr.’s work as Sam Cooke. His vocals have a remarkable likeness to Cooke’s velvet smoothness, perhaps the most beautiful voice in all of popular music. It is his clashes with Malcom X, however, that leave the biggest impression. Indeed, their altercation serves as the story’s heart, for it represents the contrasts and controversies of the civil rights movement.

Malcolm objects to what he sees as Cooke’s impartiality. Unlike his peers, Malcolm sees everything through the prism of race and he vouches not for equality but for black supremacy. Jaded by the political arena, he is bitterly strident in his worldview and becomes vindictive in his attacks. For instance, he plays one of Cooke’s records to the men and lambasts the content of its lyrics. Malcolm then contrasts this to the work of Bob Dylan – whom he dismisses as a ‘white boy from Minnesota’ – suggesting that Cooke couldn’t hope to achieve such craft.

“You just don’t get how everything’s not so black and white”, Cooke retorts. A businessmen as well as a singer, Cooke explains to Malcolm how his nous as a producer has put money – lots of money – in black musicians’ pockets. During a brief lull, Brown concurs, “I don’t think you should begrudge Sam for being about his business. If the goal is for us to be free, then the key is economic freedom.” Frustrated with Malcolm’s tirade, Clay makes his own interjection, “We’re supposed to be friends.”

During their exchanges both good and bad, One Night in Miami excels as a film of period and performances. Like in most good stage adaptations, the setting is small but the characters are big, their dialogue punchy and engrossing. Most importantly, though, is that the imaginings of the script ring true, presenting a compelling vision of four black icons at a crossroads both personal and political.

One Night in Miami premiered at the BFI London Film Festival in 2020, when this piece was originally written. It’s on Amazon Prime from January 15th, 2021.