The Reason I Jump

"Greasy movie"
Enjoy the silence? Autistic people communicate in a variety on nonverbal ways, dispelling the notion that they are apathetic and cold -from at the BFI London Film Festival

In 2007, Japanese teenager Naoki Higashida penned The Reason I Jump, a short biography. At the time, Higashida was a 14-year-old nonverbal autistic child, his communication with the world totally stifled. Some may have thought he had no emotion or imaginative intelligence, but this book proved otherwise. It revealed a mature introspection that conveyed his perspective with real insight and articulacy.

Higashida’s book is the spine of this film, his commentary relayed to us by narrator Jordan O’Donegan. With this context, filmmaker Jerry Rothwell sets across the globe, capturing the lives of those with nonverbal autism. We meet Amrit, a painterly teenager from India; Joss, a young man from Kent; Ben and Emma, hockey-mad high schoolers from Virginia; and Jestina, a mid-teen deemed a ‘devil’ and a ‘witch’ from Sierra Leone.

There is variation in their conditions. Some talk, others are almost completely silent, but they’re all classed as non-verbal, unable to articulate basic thoughts and urges. There is variation in temperament, too. Ben and Emma generally appear happy and motivated by their friends, family and hobbies. Amrit and Joss, though, display a greater deal of anguish. We see Amrit’s face coil with displeasure as she obsesses over her latest artwork, and Joss is prone to violent outbursts, screeching as he throws his weight around. 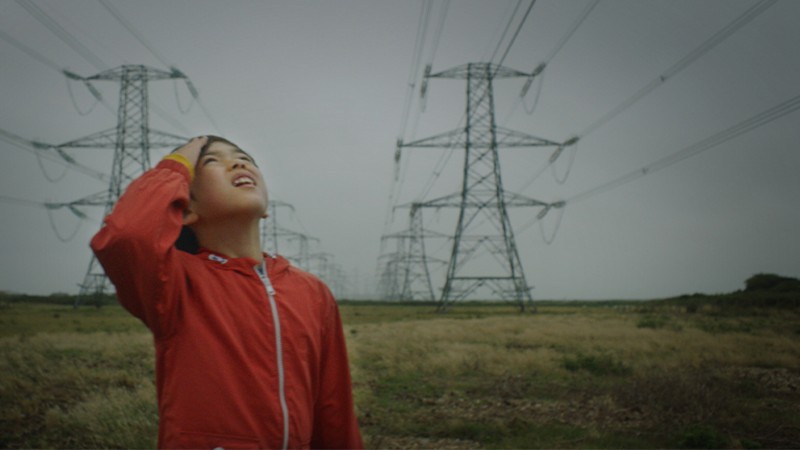 Of course, this behaviour can be intolerable – hateful, even. Yet their actions are not out of spite but immense frustration; they are shackled by their inability to express themselves. It is here that Naoki’s commentary explains why he jumps: “I react physically to feelings of happiness and sadness. So, when something happens that affects me emotionally, my body seizes up as if struck by lightning. But, when I’m jumping, it’s like I’m shaking loose the ropes that are tying me down, as if my feelings are going upwards to the sky. If only I could just flap my wings and fly off to some faraway place.”

Time and again, the narration illuminates with its observation and insight, as does the articulacy of Ben and Emma when they speak through letter cards, which allow them to spell their utterances letter by letter. It’s easy to mistake their blank silence for a lack of empathy or awareness when really it is a tragic disconnect between their mind and their mouth. So when Ben spells, letter by letter – “I think we can change the conversation around autism by being part of the conversation” – it will be an affecting realisation to some that people with nonverbal autism can very much speak for themselves.

However, there is a big caveat to all of this, one that is not mentioned in the documentary. It is claimed that Higashida dictated The Reason I Jump using the aforementioned letter cards, a technique of facilitated communication and rapid prompting, both of which are classified as pseudoscientific practices. Consequently, some researchers have disputed that Higashida is the author, arguing that the book’s content has been greatly influenced by David Mitchell, the English translator, and the adults in Higashida’s life. It is disingenuous of director Jerry Rothwell to ignore this important consideration. However, his film remains a compelling piece of work, depicting a series of case studies with a sensuous visual style.

The Reason I Jump is showing at the BFI London Film Festival.

Documentary follows Greta Thunberg from her lonely "school strike" days in mid-2018 up until her trip across the Atlantic to attend the New York Climate Change Summit last September; what she achieved in little over a year is truly astounding - On Disney + UK on Friday, July 22nd; also available on other VoD platforms [Read More...]