"Greasy movie"
British-Pakistani rapper on the cusp of a career breakthrough has to grapple with a very powerful and unexpected enemy within - on VoD on Friday, November 6th

This is a very personal and intense labour of love by director/writer Bassam Tariq and co-writer/star Riz Ahmed. Ahmed has established himself as one of Britain’s most versatile actors, with Mogul Mowgli serving as a showcase for his acting talent as well as his rapping skills.

Zed (Ahmed) is a Pakistani-Muslim rapper who has left behind his closely-knit family in London in search of a gig in the US. He is divided between his successful rap career abroad and his cultural identity at home. In other words, he is split between modernity and tradition. After two years without seeing his family, he flies to the UK for a short visit. He’s about to start of his first world tour. Tragically, he is diagnosed with a rare autoimmune disease while preparing for the new challenge and also attempting to reconnect to his parents. We learn that “his body is attacking itself”. 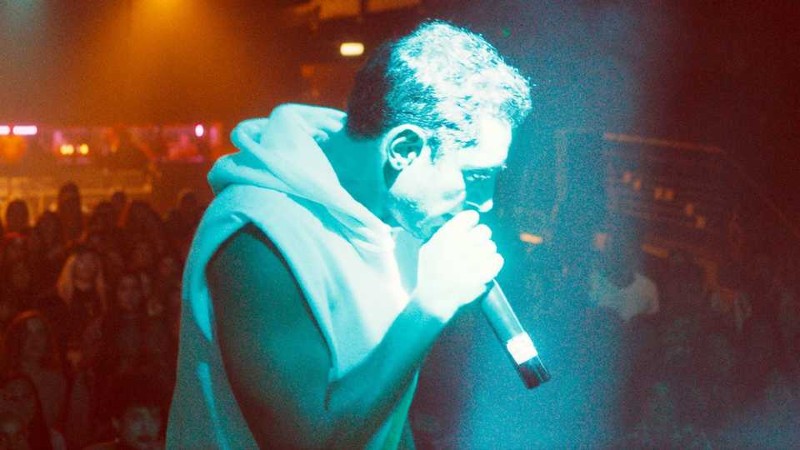 Tariq is a visceral director. He deftly uses fast editing, complex soundscapes and vibrant colours in order to take viewers into Zed’s British-Pakistani world and his conflicted mind. The visual compositions inside the mosques, the concerts and the hospital are awe-inspiring. The pre-Covid parties are brimming with joy and splendour. Shades of green and teal blue add a touch of tradition and melancholy to the story. Ahmed’s rap creations – which he penned himself – are both lyrically and rhythmically impressive. It is exhilarating to hear his inner struggle through his art.

Gradually, this drama becomes more interested in Zed’s medical condition than in his identity struggle. We experience the well-trodden ground of physical therapy and difficult medical chats. However, we never dive into Zed’s mind deep enough in order to understand his suffering in more detail. While the visuals and the songs are very compelling, the writing isn’t strong enough to support the narrative. The use of medical suffering as a proxy for inner struggles does not work entirely.

Mogul Mowgli showed at the BFI London Film Festival, when this piece was originally written. It is out in cinemas on Friday, October 30th. On VoD the following week.