Live-in nurse Maud (Morfydd Clark), arrives at the home of Amanda (Jennifer Ehle), a famous dancer now frail from illness. Maud is not only tormented by a traumatic incident from her past, but she experiences ecstatic messages that she believes are from God. She begins to believe that the reason she has been assigned Amanda is not only to care for her, but to serve the divine purpose of saving her soul.

The film begins with a glimpse into Maud’s traumatised past. It’s a teasing look into what has shaped her, and in this first impression we’re struck by her fragility. Then in the present, the first words she speaks are to God, that suggests out of the darkness of the past has cometh the light.

The experience is Maud’s, and it’s a memory she has, unless she’s consciously repressed it as a way of coping with her trauma. This splicing through time suggests that while Maud may perceive a divine interaction with God, her fate is one determined by the storyteller. The memory is a convenient way to begin the story, to create a specific mood, a sympathy and interest in the character. Storytelling echoes faith in that it’s the act of the suspension of disbelief, and the opening of the film subtly connects storytelling and our concept of a divine guiding force.

From the outset Saint Maud is an atmospheric and subtly playful film. One of Glass’ skills is to evoke mood through the camera and the composition of image, where something as innocuous as tomato soup boiling on the stove, with the symbolism of the colour red, fills us with unease. Or in the framing of a shot as Maud ascends a flight of stairs when she first arrives at Amanda’s house, that stirs feelings of dread. Where Glass succeeds is in her ability to convey an instinctive feeling, to play with the expectations we bring to a possession horror, and to also subvert the presence of God as not grace, but her character’s vulnerability, whether it be to spiritual and paranormal forces, or the reality of her own fractured and damaged mind. 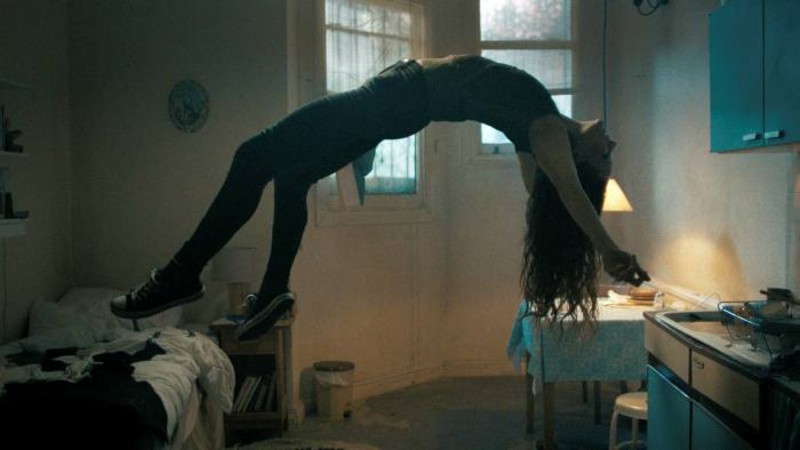 Glass confidently builds her story around the anticipation of horror, emphasising the struggle between the passive and aggressive dynamic of Maud’s pious nurse, and Amanda’s heathen artist. By allowing it to simmer just beneath the surface, patiently building towards the breaking point of Maud and Amanda’s shared fate, Glass avoids crafting a tired and worn possession movie. She effectively transitions from evoking a mood, that is sustained throughout, to begin opening up the film’s themes and ideas.

Saint Maud is a haunting piece of horror cinema that transcends the emotions and impulsivity of genre cinema through Maud’s experience of trauma, and subsequent emotional and psychological breakdown into delusion. Glass’ film touches a nerve of how vulnerable the mind is, and when fractured, the danger it poses to not only the individual, but to others. There is a moment in the film that criticises us collectively as a society for lacking empathy and being able to show understanding and compassion. This is a deeply tragic story, and the experience of Saint Maud is one that could be described as disturbing for how we allow victims of their life experiences to become lost.

Saint Maud is in cinemas on Friday, October 9th. On VoD in February.