It begins much like The White Ribbon (Michael Haneke, 2009), with a parochial village captured in arresting monochrome and coiled by pre-war tension. The border village of Vitorazsko, we’re informed, has always been a no man’s land, neglected and apparently stolen from by both Austrian and Czech officials. In 1938, the villagers’ dilemma is caught up in Hitler’s annexation of Austria and the Sudetenland, sending their fate in a most terrible direction.

What emerges from this struggle is a film about identity, ideology and groupthink. About how individuals will turn against others within their group in order to survive or merely control. One woman, Marta (Barbora Polakova), becomes a quasi-brown shirt by 1939; emblazoned with a Nazi lapel pin and a smug look on her face. Before that, in 1938, a hateful little man named Otto intimidates a Jewish shopkeeper, pressuring him to sell his shop before the Germans arrive. You can identify Otto’s Nazi sympathies by his moustache and side parting, features that he removes in 1945 as his thuggish allegiance shifts in an instant.

Some villagers aren’t so venal. Karel, for instance, is a pragmatic family man. When a portly bureaucrat visits him to register their nationality, he reasons with his family that they should declare themselves German, as only Germany will provide land subsidies. He does not realise that this decision – made with practical foresight rather than any kind of patriotism – will have the gravest consequences.

Soon, the narrative progresses to 1942, where we see that Josef (Csongor Kassai), the husband of a Jewish wife, has become a member of the resistance, raising funds for Nazi victims and procuring firearms. He is a noble, brave character at this point, yet he will become a shameful figure by 1945 – the very kind of authoritarian he despised, fixing armbands on his enemies and imposing summary punishments. It is his story that is at the centre of Shadow Land’s morality tale of power and hive-mindedness. 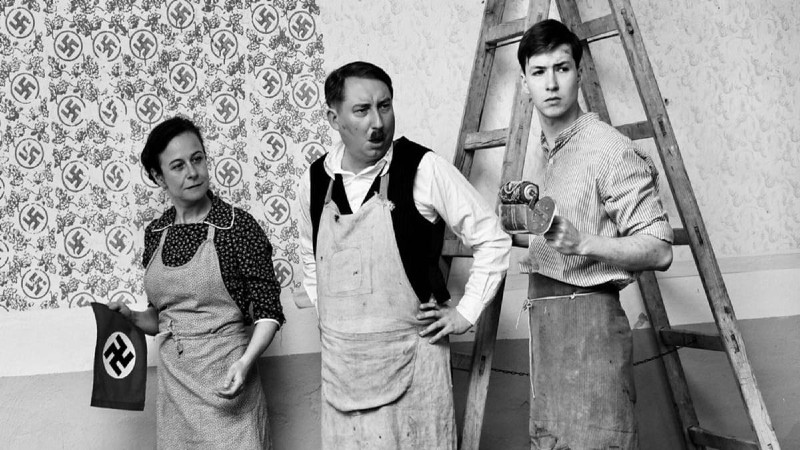 Upon his return from a Nazi labour camp, Josef implements the expulsion of Germans from the village. It is a microcosm of the forced exodus of Germans from the Sudetenland in 1945 – 1948, answering the call of President Edvard Beneš for a ‘final solution of the German question’. In Vitorazsko, this sees National Socialist groupthink replaced by tyranny in the name of the republic, bringing out the same sadists who branded swastikas in 1938.

Otto, the hateful opportunist who had exploited anti-Semitism, can be seen cheering the Stalinist forces, waving his arms and baring his teeth. He is the worst kind of partisan – an individual utterly without principle, apart from that of self-preservation and promotion. He and other boorish thugs round up the Germans, relishing every opportunity to bludgeon and humiliate not out of righteous anger but spiteful enjoyment.

The film’s broad scope is a reflection of the 14 years Ivan Arsenjev spent on the script, perfecting his astute cautionary tale. Fortunately, director Bohdan Slama transferred this story to the screen with no flaw of note, perhaps no flaw at all. Shadow Country is a subtle yet very deliberate excoriation of groupthink in an age where it is rampant, causing this Czech epic to be necessary viewing.