"Thoroughly sanitised movie"
Self-congratulatory and bloated, Abel Ferrara's documentary about filmmaking meanders through a preponderance of themes and fails to cohere into anything substantial - from the San Sebastian Film Festival

Labelling theory holds that behaviour of people is influenced by the descriptions given to them. With Sportin’ Life it is clear that Abel Ferrara has been described as an auteur enough times that he believes his own hype. Following a long and storied career in fictional features, he documents his recent trip to compete in the Berlin International Film Festival with 2020’s Willem Dafoe vehicle Siberia. To accompany the experience, some gigs have been booked for his blues band – all grist for the mill of Ferrara’s ambition to craft a “documentary about the act of making a documentary”. This knowingly ‘meta’ ambition is on smug display. Suddenly global disaster strikes and the ubiquity of lockdown living insists that that the pandemic, too, is covered. The result is a bloated hodgepodge of themes that never quite cohere and the experience outstays its welcome in even the brief 63 minute runtime.

The outcome is an equal parts band-on-tour rockumentary, family postcard, behind-the-scenes look at a Film Festival, career retrospective, quarantine diary, overview of the coronavirus situation and American talk show Inside the Actors Studio with Willem Dafoe. An overbearance of religious imagery is the kitchen sink (try playing count the crucifixes). These elements blur together original footage shot from too many angles with snapshots of media coverage from both the Festival and the pandemic. It’s all powered along by music from the concert recordings of both original blues tracks but the finished product is a purposefully formless experience; a “chaotic rhythm”, in Ferrara’s own words. It is supposed to be disorientating and begins effectively but quickly degrades into a non-narrative slog. Ambition should always be lauded but greater restraint would have produced something more coherent here. 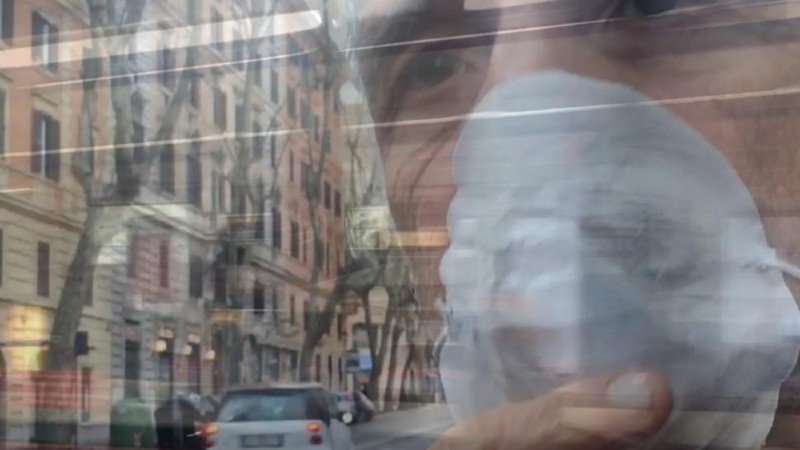 Points are scored for the sound mixing and the enveloping bass notes that help carry the audience through the screen and into the music venues. Dafoe is always magnetic on screen and the moments that are allowed to breathe in his presence are a pleasure. Family life is also on show, with sweet moments at home and on the road with wife Cristina Chiriac and reliably cute daughter Anna. However, any interesting threads are soon undercut by pointless close-ups of artworks or grainy footage of a patient overflow in hospital corridors, for example. These range from high-resolution digital footage to the blurriest of cameraphone shots and the different textures jar. The coffin is finally nailed by Ferrera’s masturbatory decision to include snippets from his oeuvre, chosen to showcase painfully pseudo-philosophical digressions on the nature of man.

Footage from the Black Lives Matter movement and the recent police murders of civilians in the US bring a close to proceedings. There is no effort whatsoever to integrate it with the whole and this serves as a synecdochical example of the film in general. Why tack this on at the end? Just because he could, thinking that he should.

Sportin’ Life has just premiered at the San Sebastian Film Festival in the Festival Surprise slot: