"Filthy genius movie"
Learn and laugh along with this audiophile documentary directed by Matt Dillon, which scats through the history of Afro-Cuban Jazz and its peoples - from San Sebastian

In 1999, hardly anybody remembers famed Afro-Cuban jazz scat singer El Gran Fellove (feh-yo-bay). It takes a beguiling sequence of events to bring him to the surface: Jazzophile and well-known Hollywood actor Matt Dillon finds a Fellove vinyl in an obscure Cuban record store whilst on holiday. He digs it. Dillon sends a taping to close friend and bandleader Joey Altruda. He really digs it and goes looking for Fellove with the intention to make a record. He’s tracked to la Ciuded de Mejico and Dillon is brought in to record the making-of. The rest is history.

Except it doesn’t go quite to plan. Only now, in 2020, is the footage receiving its world premiere. The reasons become clear throughout the film and director/narrator/cameraman Dillon alludes to financial issues during a pre-screening presentation. However, the extra time for the production to breathe has resulted in something special. A wide-ranging music documentary that covers the history and highs of the Afro-Cuban Jazz genre, its “feeling” movement, the Cuban Revolution and the story of those artists who left to seek fame and fortune in Mexico. The film scats from topic to topic, sometimes chronologically, other times using thematically resonant elements as branching points.

The backbone to the film is the impressive 1999 footage originally recorded by Dillon. Fellove explodes with an energy that belies his 77 years, immediately upon convening with the band and crew for a pre-recording jam session. The rhythm is infectious and the chemistry of the group needs no further catalyst. They get one anyway with cheeky trumpeteer and old friend Chocolate, reuniting after decades apart. I defy you not to smile along with Chocolate’s every appearance. Their meeting kicks off the whistle-stop tour through musical history. 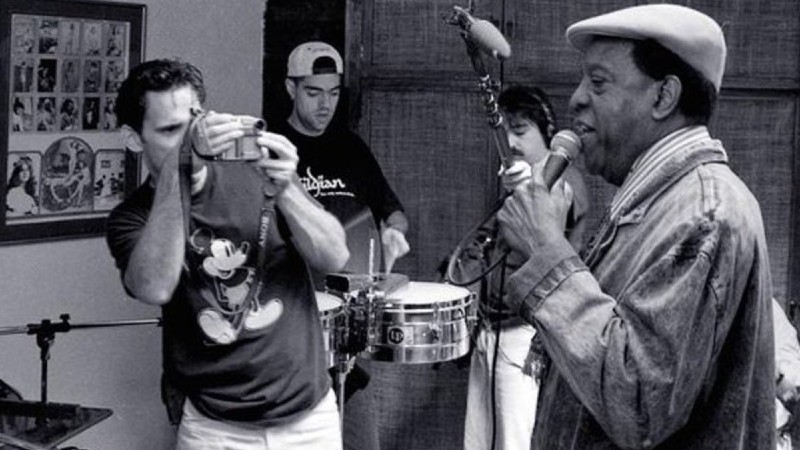 The sheer breadth of information on offer can be overwhelming at times. There’s a lot to learn – just let it wash over you with the beat of the drumskins and absorb what you can. A whirlwind of interviews with presumed legends of the scene provide great colour to the legend of Fellove (look out for pretenders to the throne Lobo and Melon). Dillon grounds the piece well with his gravelled voice providing narrative cohesion when necessary. He’s quickly established as a real deal music buff but knows enough of his producing role to take a back seat to the main attraction.

Aside from some early friction in the actual recording – his first session for 20 years – Fellove is always at 11. Playing his body as an instrument along with his voice, we see him walk the streets, scatting along with passing mariachis or even church bells. Footage of his many and varied television appearances over the decades are equally magnetic. The man is non-stop until the bittersweet end, always pushing for a fresh career resurgence and trying new trends. It’s obvious where the film is going but still sad to see such an indomitable figure fall. However, the innate joy of the rhythms and friendships shown onscreen are enough to give the Great Fellove a true revival.

The Great Fellove has just premiered at the San Sebastian International Film Festival.