"Greasy movie"
Schizophrenia is portrayed in a dazzling variety of colours, in a peculiar movie starring a sterling Sally Hawkins - in cinemas Friday, October 2nd

Imagine what it’s like to hear voices coming from the walls whilst constantly feeling sure somebody is out to kill you. Pretty scary, right? Not so much in Craig Roberts’ sophomore directorial feature, where paranoid schizophrenia is seen through a candy-coloured lens. In the vein of filmmakers like Wes Anderson, Roberts revels in taking a serious subject and playing with our expectations, offering a refreshing – if a little thin – representation of mental illness.

Eternal Beauty follows Jane – played by a committed Sally Hawkins -, who struggles to connect with those around her and continues to be haunted by a traumatic incident from her past that includes being left at the altar. A chance encounter with Mike (David Thewlis) quickly develops into a sweet romance that might allow Jane to feel whole once again. The world of Eternal Beauty is one of saturated primary colours and playful production design. Roberts is not out to make a social realist statement, but instead to question our perceptions of those with mental issues. 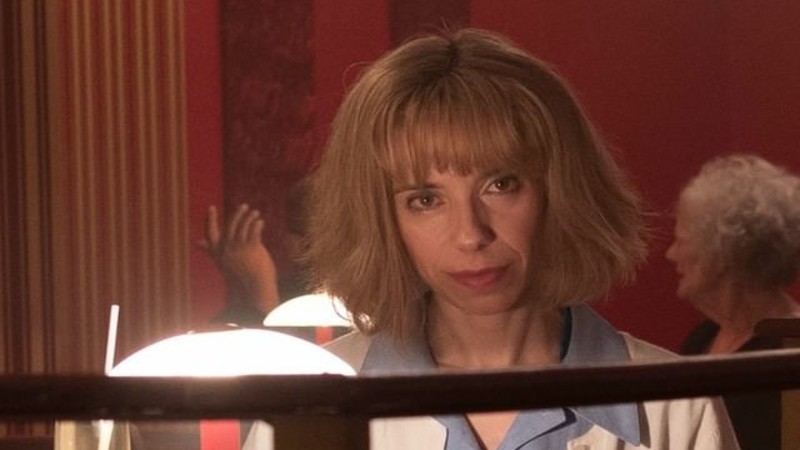 Hawkins’s performance is outstanding. She nails both the unpredictable tics and dry humour of her character. But Roberts’ suggestion that mental illness is something that is more akin to an interesting quirk as opposed to a debilitating condition undermines the protagonist, and mental illness in general. Sally has her photograph taken as a symbol of self-acceptance. Asking the photographer if he has anything wrong with him, he responds, “No, I’m normal.”, to which Jane responds, “That’s a bit boring.” with a wry smile.

Other issues plague the film too. Its tight focus on Jane means that supporting characters are too thinly sketched. This is a pity shame, considering the top-drawer cast! Billie Piper has very few, if any, good scenes as Jane’s more beautiful, much more unscrupulous sister Nicola, whilst Thewlis is also just a bit…well, boring. It’s clear that Roberts is a director with a very strong vision and that should be applauded, but his writing isn’t at the same level.

Eternal Beauty is in cinemas on Friday, October 2nd.