The little girl is called Sasha. She is trying her best to study, make friends and attend her cherished ballet classes. These goals would not pose much of a challenge has Sasha not been assigned as a boy at birth. Her school – a critical and important environment for any child – is particularly resistant of her transsexuality and the film follows her family’s attempts to change that their attitude.

Upon first glance, one could see this story unfolding as a legal narrative, based on the right of Sasha’s claim. Lifshitz could easily have gone down that route, but that’s clearly not the film he set out to make. Instead, he filmed for a year and selected footage about the impact these trials and tribulations had on their family life.

This approach transforms her mother into the de facto protagonist of the feature. She serves as a proxy for the audience – initially not knowing what to make of her predicament but bravely rising up to the challenge. While the other members of her family circle join in the fight – her father and her two eldest siblings get their talking headd moments in which they explain how they feel about her – it’s the mother who gets hands-on about the school affair. 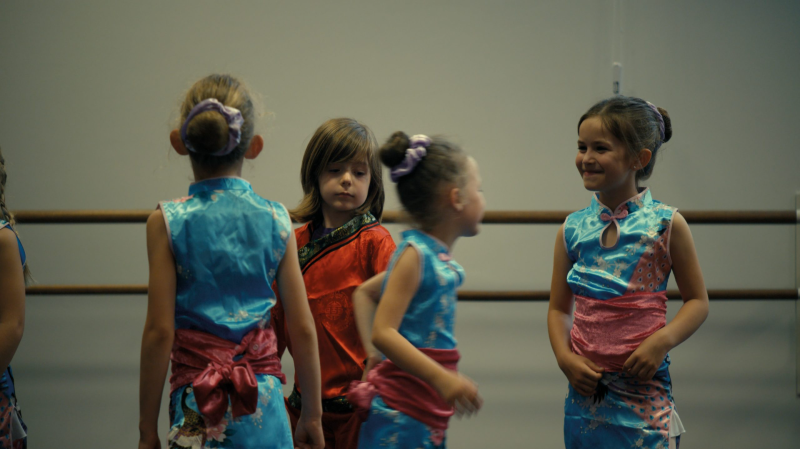 Some of the film’s most poignant moments come from her, as she gets candid about the world’s refusal to see her daughter for who she is. She’s visibly distraught over the mistreatment Sasha gets from the school staff, as well as her lack of friends and a normal life. “Because a paper says she’s a boy”, she says at a certain point, “she’s being robbed of her childhood”.

When the camera focuses on Sasha herself, the results are no less moving. When she breaks down in tears during her first encounter with the doctor in Paris, it’s heartbreaking. The doctor, whose report on Sasha’s condition might force her school to accept her, ends up playing an important part in the family’s fight, which serves as a narrative guideline for the documentary.

Perhaps no scene summarises the feature better than its opening one: Sasha tries out various looks in front of a mirror. She mutters to herself: “maybe”. This is a film that revels in the sea of possibilities: it fearlessly considers that Sasha might not be restricted by a binarism, that she might even decide to be a boy later on and that her ordeal might shift people’s ideas about gender. Like its protagonist, Little Girl isn’t afraid to embrace change.

Little Girl is out in cinemas and also on Curzon Home Cinema on Friday, September 25th. On other VoD platforms in January.