Being a Human Person

The films of Roy Andersson may seem impenetrable to some. His deader-than-deadpan highly-stylised brand of comedy has been a festival darling for the past 20 years, but its slow-paced nature is definitely not everyone’s cuppa. Fred Scott’s feature, while clearly designed with the fans in mind, provides enough context to spike the interest of non-converts.

Centred around the production of About Endlessness – Andersson’s 2019 film announced as his swansong – this documentary zigzags back and forth in time, delving into the director’s youth, themes, obsessions and work method. It also gives plenty of screen time to his closest crew members, who provide a warts-and-all diary of what it’s like to work with a highly creative person who thinks he might be reaching his artistic endpoint.

Despite its runtime of 90 minutes and its breadth, Scott’s film feels like a featurette – additional material to one of its subject’s films. The viewer who looks beyond that promotional sheen will find an emotional portrait of contemporary cinema’s ultimate voyeur. The 76-year-old director is infatuated with people and the human condition. He can’t help but watch them. And depict them as he sees fit. 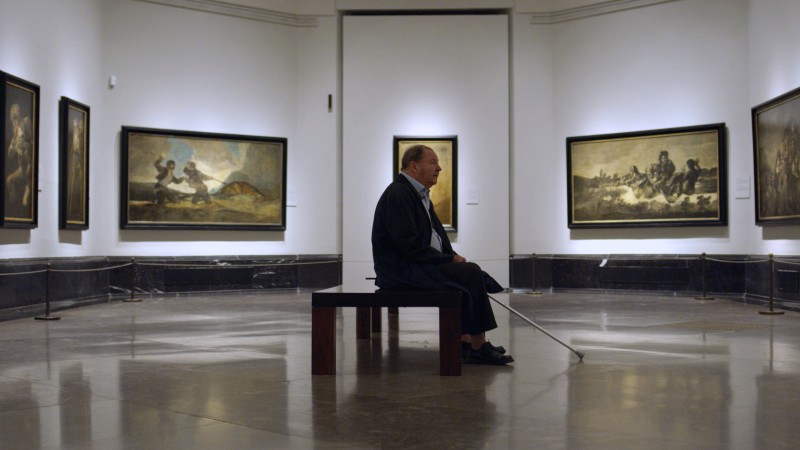 His vision of the world made him sick of his early success, drove him into becoming an independent filmmaker and eventually manifested itself in an idiosyncratic cinematic style. It also came at the cost of meaningful long-term personal relationships and aggravated a drinking addiction which seems unsolvable – topics the film pursuits fearlessly.

The scenes he and his team manage to pull off in a small studio in central Stockholm are nothing short of extraordinary. His extremely tactile cinema – wholly dependent on handcrafted sets – aligns him in the tradition of the art’s forerunners, such as George Meliès. Andersson, however, is not looking at other beings and worlds. He is transfixed by all the highs and lows (particularly the lows) of human life on Earth.

The struggle to finish his latest feature provides some sort of narrative backbone to the documentary, which follows the director as he frustrates his crew, checks into rehab only to give up two weeks later and travels to festivals in order to engage with his audience. His health deteriorates considerably within that time span. By the time About Hopelessness finally debuts in Venice – after reshoots prevented it from doing so in Berlin earlier that year – the director is almost wheelchair-bound and must confront his mortality on his own terms.

Ultimately, Being a Human Person presents Roy Andersson as every single one of his characters: utterly flawed, defined by both pleasure and pain. While overtly traditional in form, Scott’s documentary offers a a one of a kind opportunity too see cinema master both engaged and off guard.

Being a Human Person premieres at Curzon x Camden Market on Wednesday, September 16th. It is out in cinemas and on Curzon Home Cinema on Friday, October 16th.